Jason Sudeikis made a statement with his latest outfit choice. The 45-year-old actor stepped out in West Hollywood, California, on Thursday for the season 2 premiere of his Apple TV+ series, Ted Lasso.

Though the men helped carry the England team through the tournament, the racist abuse began after they missed penalty shots in the match against Italy.

At the premiere, Sudeikis, who plays a soccer coach in England on Ted Lasso, shared with ET’s Lauren Zima why he felt compelled to support the athletes.

“Oh gosh, [I wore it] because I think those young fellas are amazing,” he said of the soccer stars. 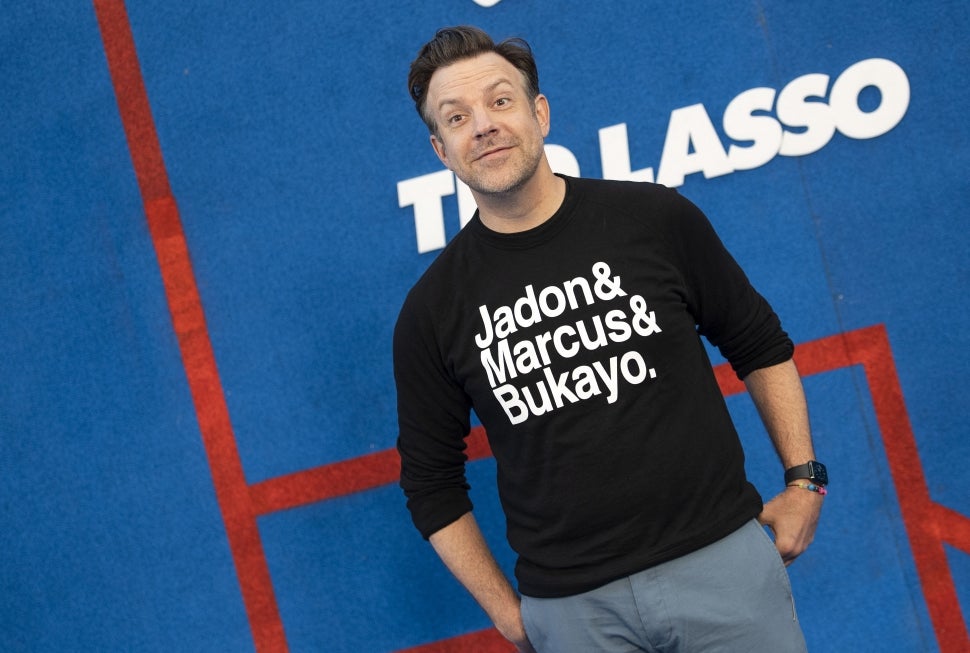 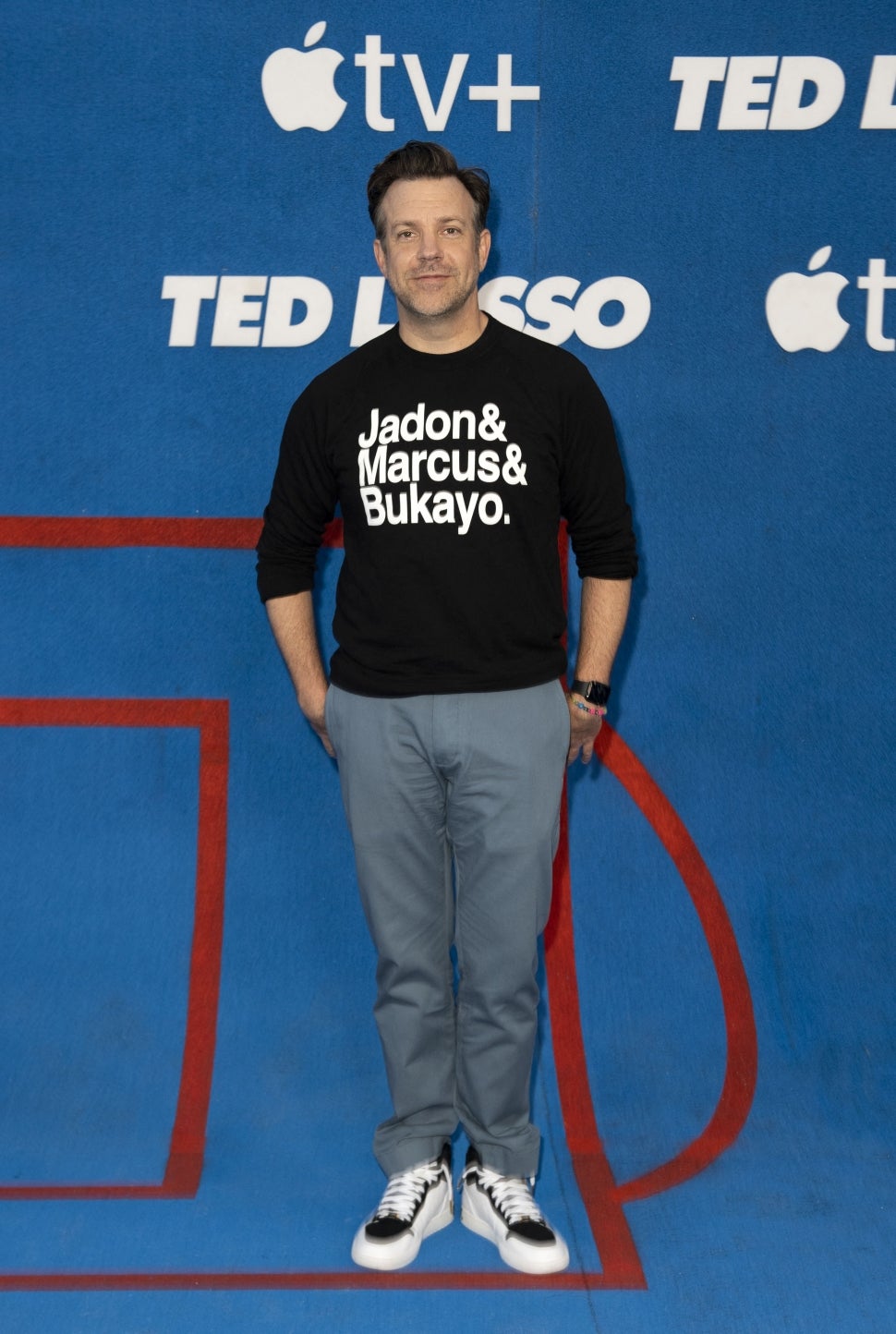 Several of Sancho, Rashford and Saka’s teammates previously spoke out against the racist abuse they faced, with one writing that the team doesn’t “want” fans who participated in the “vile” comments, and another saying the abuse “sickens, but doesn’t surprise” him. 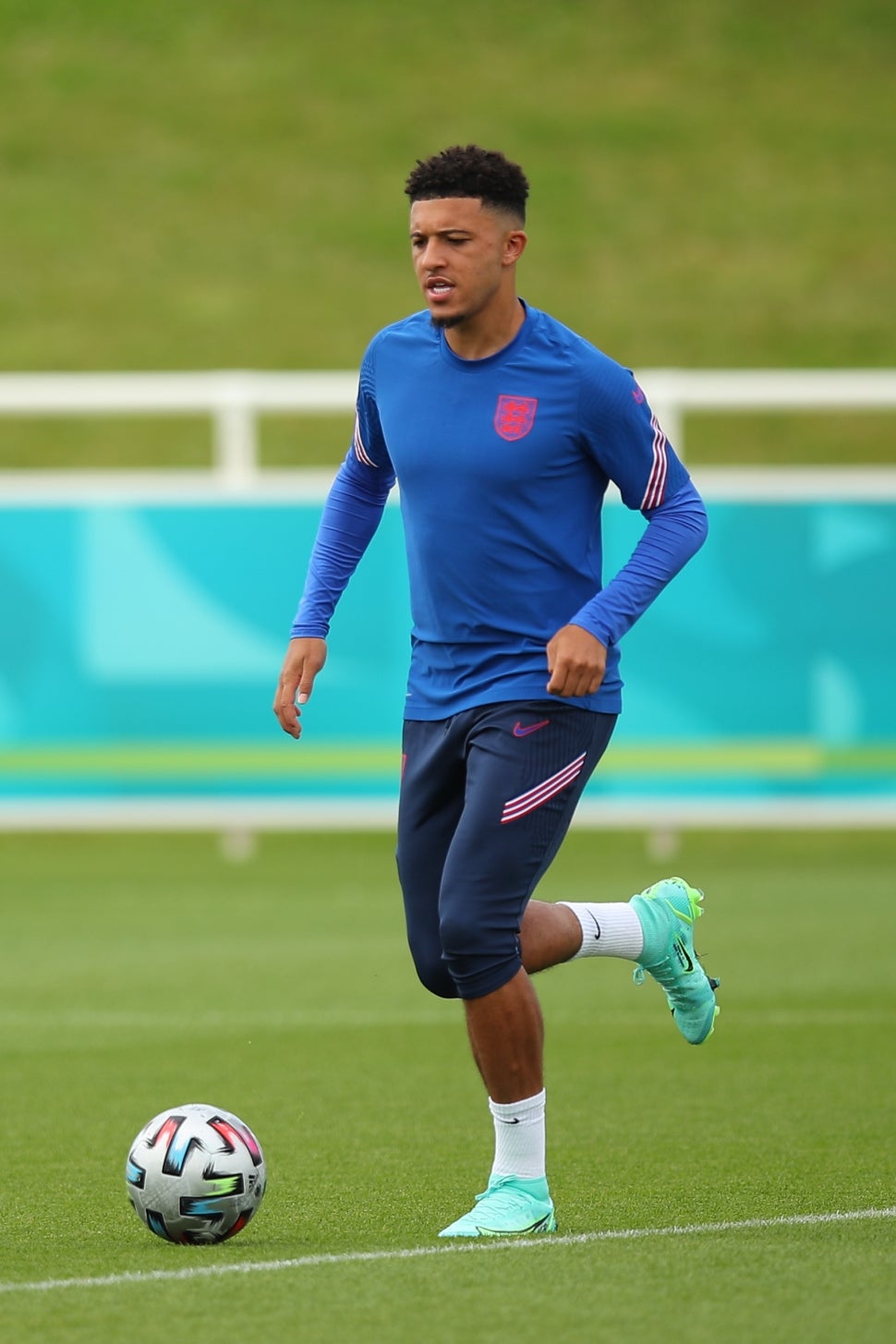 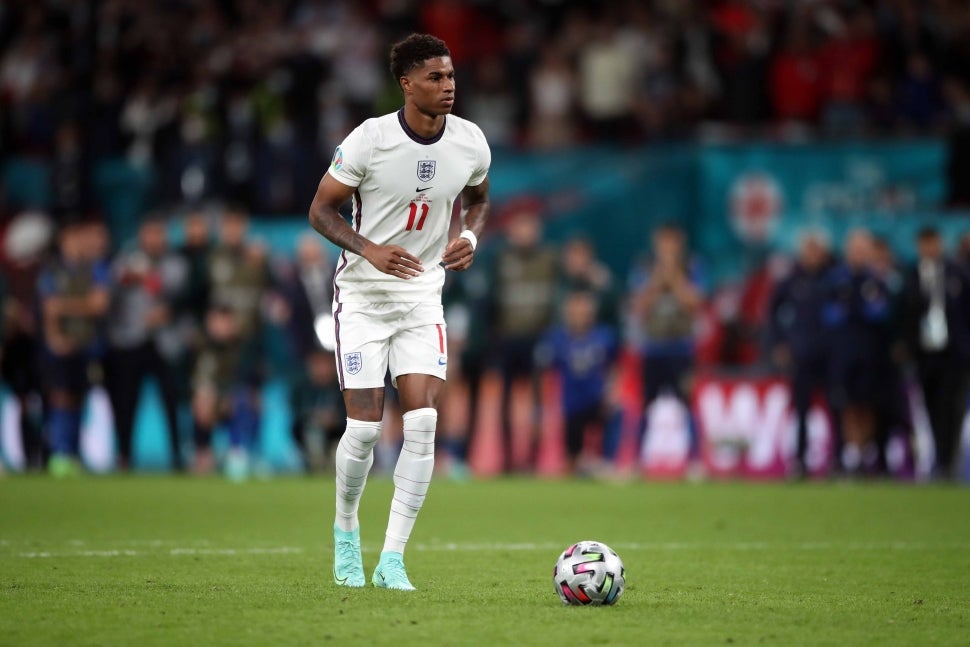 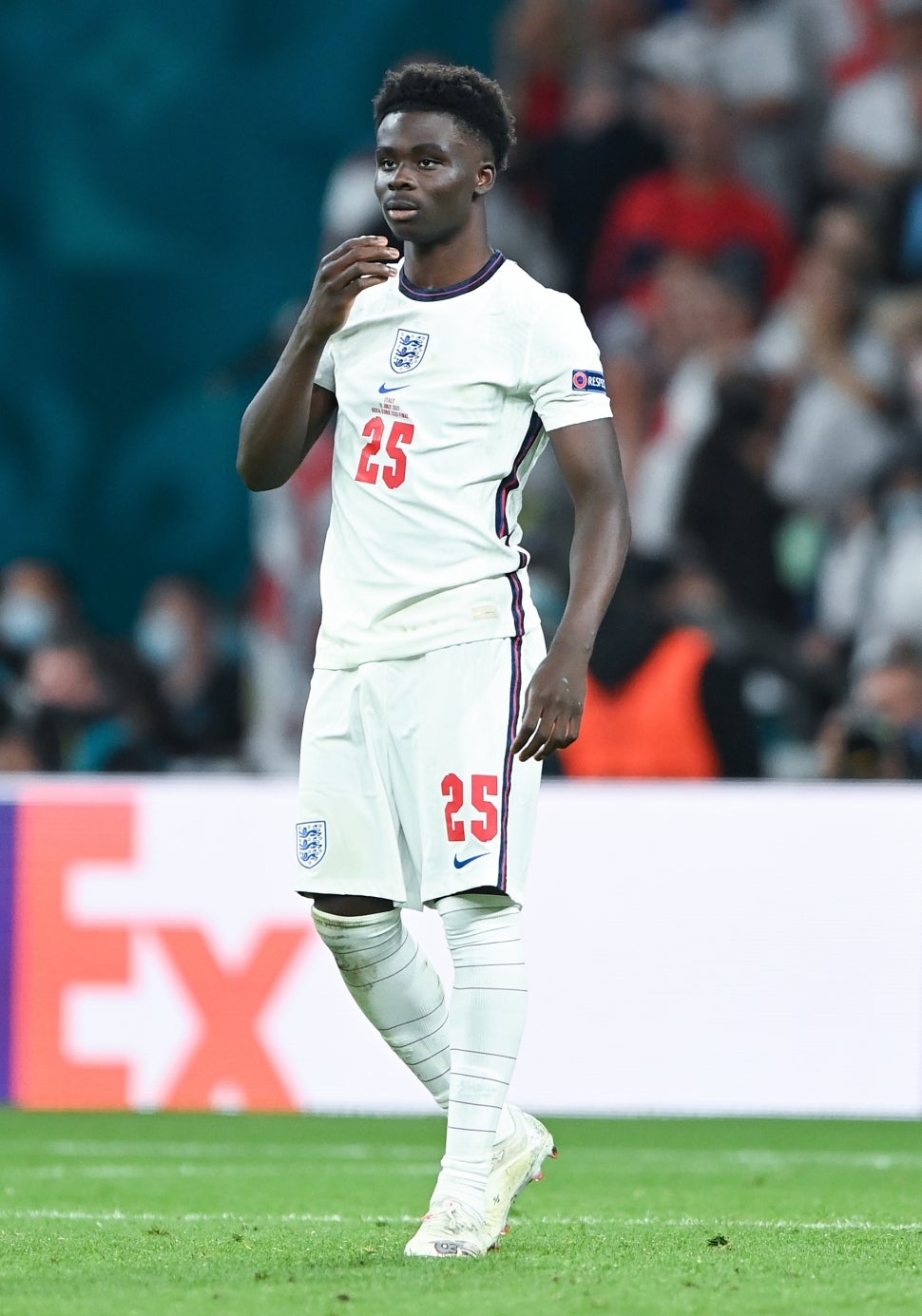 Prime Minister Boris Johnson also spoke out against the racist attacks at a news conference.

“To those who have been directing racist abuse at some of the players, I say, ‘Shame on you, and I hope you will crawl back under the rock from which you emerged,'” he said. “This entire team played like heroes.”

Prince William, who is the President of the Football Association’s statement, likewise condemned the racist abuse the players were subjected to.

“I am sickened by the racist abuse aimed at England players after last night’s match,” the Duke of Cambridge’s statement, which was posted to his Twitter account, read. “It is totally unacceptable that players have to endure this abhorrent behaviour. It must stop now and all those involved should be held accountable. W.”

The duke attended the match with his wife, Kate Middleton, and son, Prince George. Watch the video below to see more on the royals’ sporty outing.