A Place In The Sun presenter Jasmine Harman, 44, who has hosted the property show since 2004, has gone into detail about the days she spent putting make-up on house hunters, ahead of social distancing measures via Instagram. The Channel 4 personality then gave a “shout-out” to her favourite make-up find for hot days in the sun.

Often be found putting makeup on

Jasmine shared two snaps of herself standing with two of her previous house buyers in Tenerife.

While the first picture showed Jasmine laughing with her guests on camera, the second revealed the star giving one of the guests a touch of powder to prevent shine.

In view of her 50,000 followers, Jasmine penned: “#throwbackthursday to the days before #socialdistancing when I could often be found putting makeup on my #househunters shiny patches!!”

The mother-of-two went on to confess her favourite “anti-shine” make-up product for those asking. 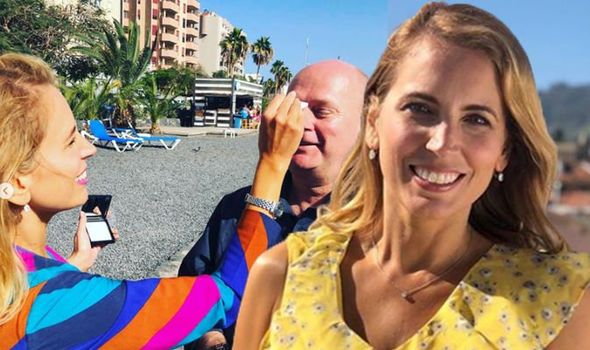 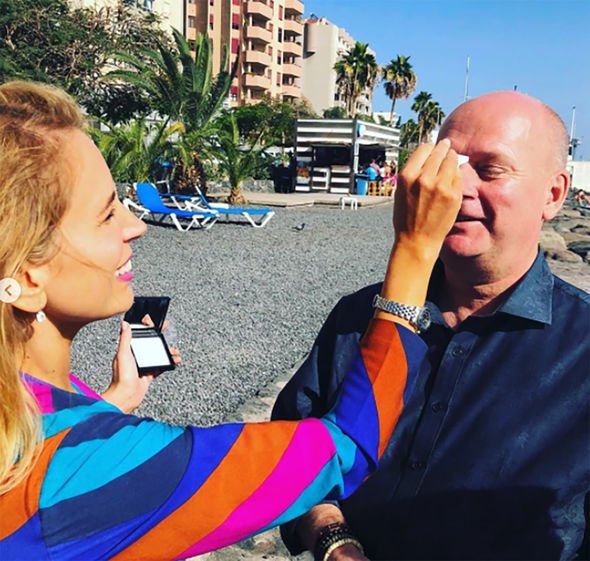 Jasmine discussed: “I often get asked how I get my makeup to stay put in the heat, My fave anti-shine products is @danielsandlermakeup invisible veil blotting powder,” which was followed by a smiling face emoji.

She added: “I won’t rave about it too much in case you think this is an ad which it isn’t…

“I’ve been using it for years and just wanted to give a little shout out!”

Shortly afterwards, many fans rushed to compliment the star on her skin. 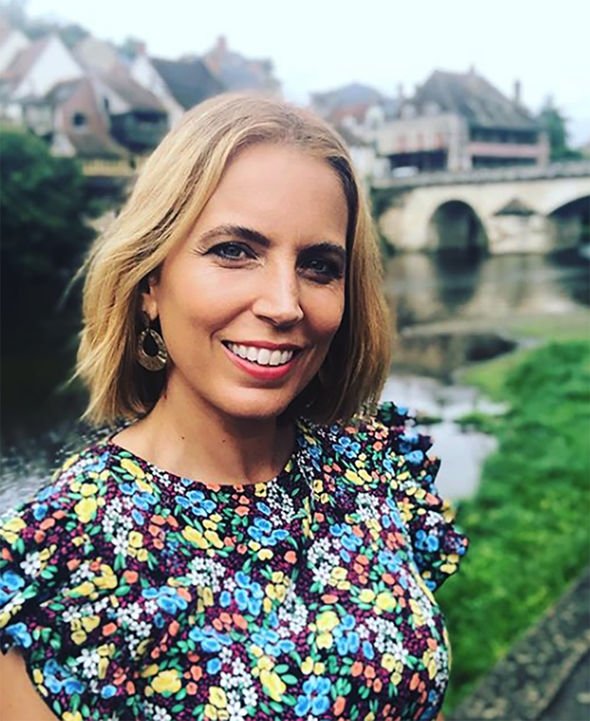 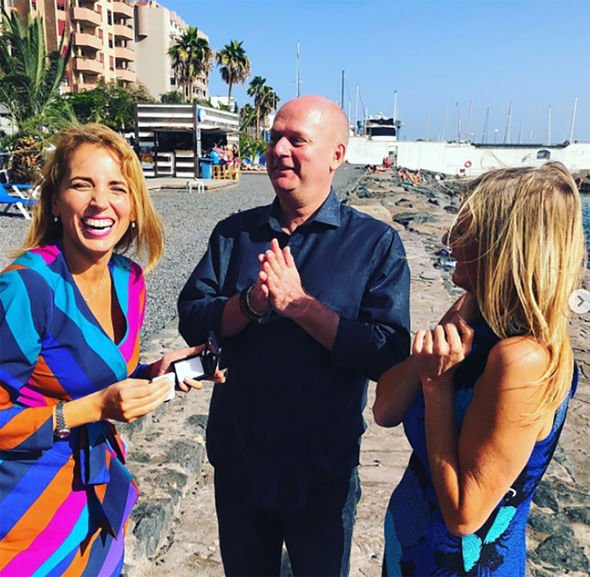 One replied to Jasmine: “Your skin always looks amazing.”

Another thanked the presenter by writing: “Thank you Jasmine, your skin always looks so perfect!

“Ha ha, love that you do their makeup!”

One follower complimented Jasmine’s ensemble, which was a striped number, as they added: “Love the dress.”

It comes after Jasmine’s co-star and pal Laura Hamilton opened up about their friendship in a new interview.

The presenter was asked whether there has been any rivalry between the co-stars behind the scenes.

Laura and Jasmine present the show alongside the likes of Jonnie Irwin, Danni Menzies, and Jean Johanson.

Laura explained further to Metro.co.uk: “I sent everyone a message recently on our WhatsApp group to see how everyone is doing.”

The ex Dancing On Ice star then spoke out about how she and Jasmine are “in the same boat” on the programme.

Laura shared: “We’re like a big family and we’re all in the same boat, particularly Jasmine [Harman] and I, as we both have two young children who have travelled all over with us since they were little.”