I’m A Celebrity… Get Me Out Of Here! winner Harry Redknapp, 73, pointed out how his son Jamie Redknapp, 46, should consider BBC’s Strictly Come Dancing, as he wouldn’t be affected by the “Strictly curse”. The English footballer’s ex-wife Louise Redknapp starred in the dancing competition in 2016.

You won’t be getting divorced if you go on there.

While Jamie was speaking to his dad on Redknapp’s Home Fixture, the pair discussed the possibilities of him going on Strictly, after his former spouse took part and was partnered up with professional dancer Kevin Clifton, 37.

While Louise and Kevin reached the finals four years ago, Harry joked about Jamie signing up to the programme.

Harry divulged: “One thing’s for sure Jamie, you won’t be getting divorced if you go on there.”

In response to his dad’s dig, Jamie laughed: “Keep it light, Dad.”

The so-called Strictly curse refers to couples that have split up during and after being involved in the BBC show. 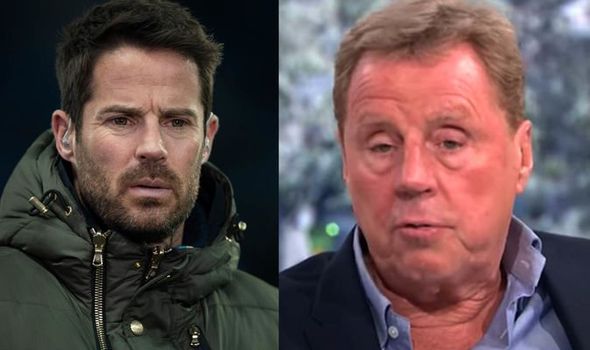 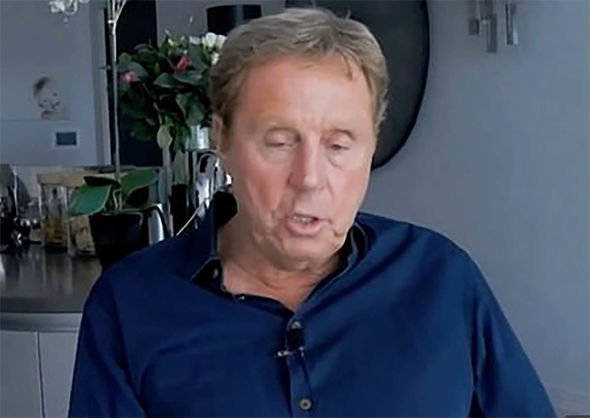 Meanwhile, earlier on in their conversation, viewers saw Harry discuss how he almost ended up on Strictly himself.

The English football manager recalled: “I said, ‘I’m not a very good dancer,’ and so they sent a girl down to dance with me.

“They said they’d booked a room at the golf club to go and do some dancing so I said, ‘Where are we going?’ and they said, ‘We’re going to Meyrick Park.'”

Harry continued: “I said, ‘I can’t go and dance there, my mates are all playing golf there today, how can I turn up dancing with a 21-year-old girl!'” 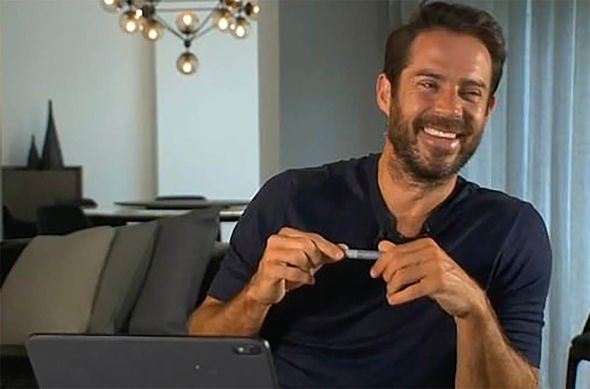 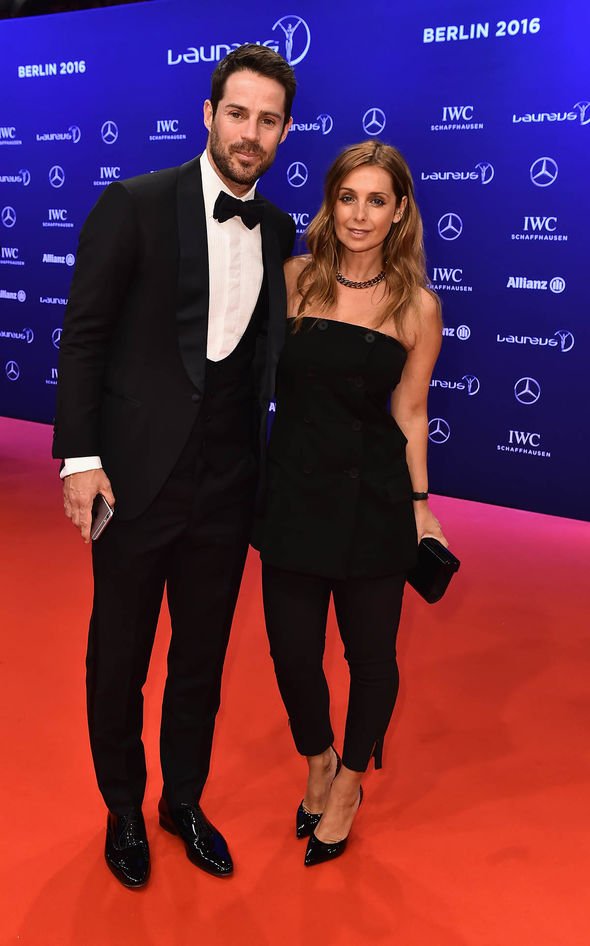 While Harry discussed how close he came to appearing on the show, he revealed to Jamie how in the end he was given a better offer with “twice as much money”.

The ITV star admitted: “What happened was I’m A Celebrity came and offered me twice as much money, so I went there instead!”

This comes after Jamie addressed how “well” sharing his two sons Charley, 15, and Beau, 11, with Louise is going, during the coronavirus lockdown.

The football pundit told The Mirror this week: “I’m sharing the kids with Louise, which has worked out really well.

“Homeschooling has not been easy though, and my respect level for teachers has gone through the roof.”

Jamie and Louise decided to co-parent their children at the beginning of the nationwide lockdown.

Elsewhere, the footballer previously spoke out about his own struggles with teaching during his appearance on The One Show with Alex Jones and Michael Ball.

After Alex asked Jamie: “What particular subjects are you struggling with, Jamie?” the star responded with: “I have to be honest Alex, all of them.

“When we go out to play football, that’s probably my specialist subject.”

Jamie went on to share what their lockdown daily routine entails.

He announced: “We start with Joe Wicks and that’s brilliant for all the kids. Then later on for the rest of the day, we cover other subjects.

“My older boy is 15 and he’s missed out on his GCSE’s. It’s been really tough for him because I know he was looking forward to that. Beau is 11 and he is doing really well.”