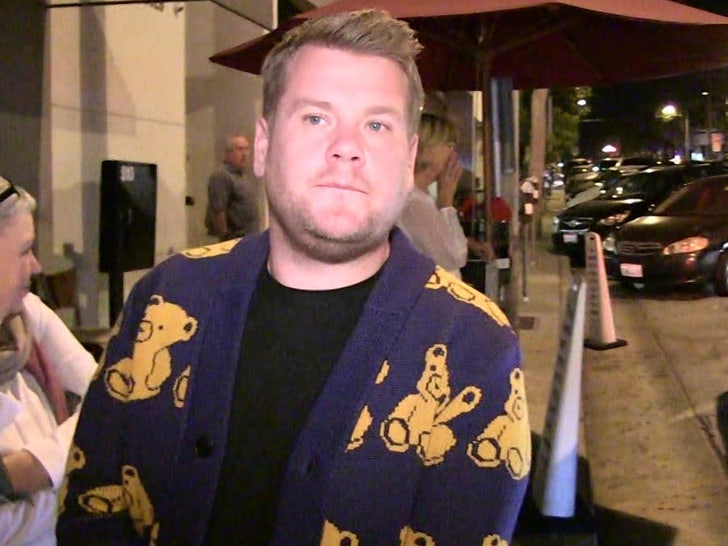 The woman behind the petition demanding James Corden kill his ‘Spill Your Guts’ segment on the “Late Late Show” says she’s facing tons of backlash … including threats to her life.

Kim Saira, who started the petition that now has more than 45,000 signatures, tells TMZ … despite tons of support, she’s also getting flooded with hate mail, with the angriest critics going so far as to send her death threats on the daily. 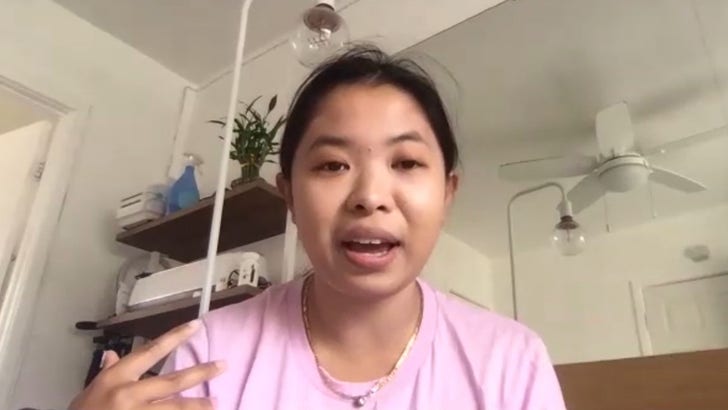 Kim says she’s also disappointed James’ only response to her petition to end what she sees as a racist segment towards Asians … has been a brief statement when he was on the radio with Howard Stern. 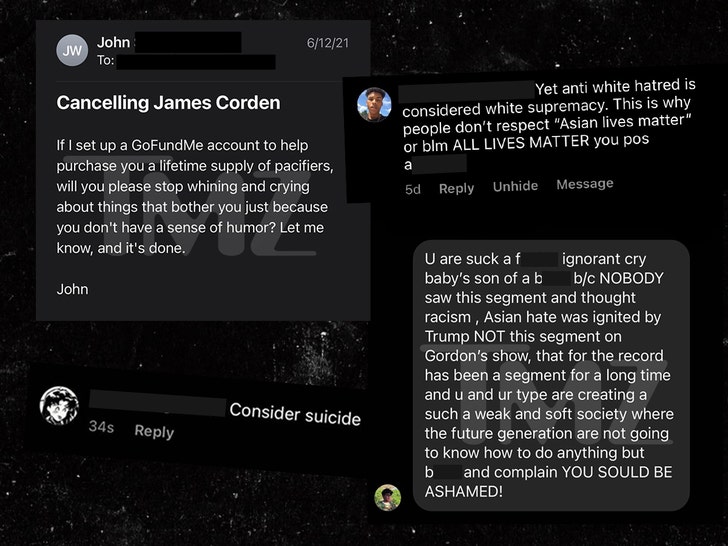 Kim says James could help put an end to the hate coming her way — some of which she says includes racial attacks — but she’s wondering if he even cares about what she’s going through.

As we reported … the petition accuses James of encouraging anti-Asian racism by “continuously mocking” foods from Asian cultures in his ‘Spill Your Guts’ segment, a game where he tries to get celebs to answer tough questions, or eat the foods in front of them.

James says the segment will switch up the foods instead of axing it all together, and they’ll be going with grub that’s bad for diets and staying away from foods associated with different cultures.

Kim tells us the proposed changes are a good first step, but she wants James to go further … by apologizing for putting Asian cuisine in a negative light, and donating to Asian-owned businesses and restaurants.