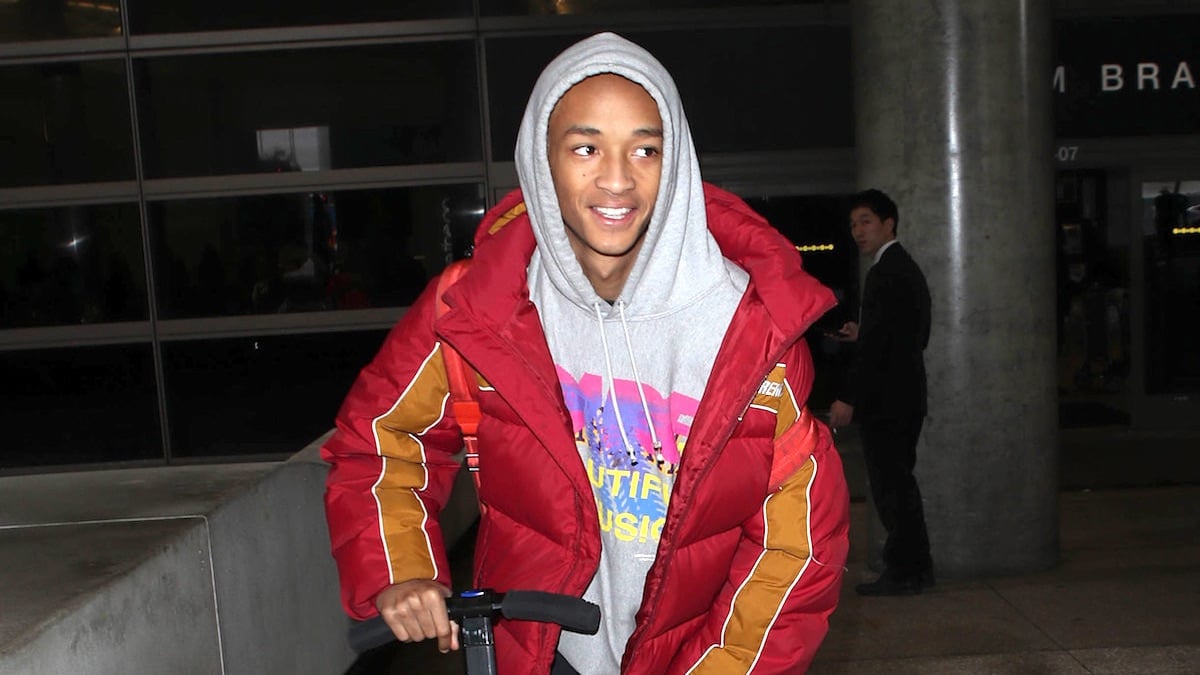 Jaden Smith looked ready for bed when he was spotted arriving into LAX yesterday — wearing the same clothes he’s been wearing all week.

The actor could have been mistaken for just another traveler as he donned a red jacket and backpack over a grey branded hoodie.

He looked just as fed up of traveling as the rest of us can get, but cracked a smile for photographers as he wheeled his luggage through the arrivals hall in the Tom Bradley International terminal.

Will Smith and Jada Pinket Smith’s son was returning from a trip which has seen him visit both the French capital and the Big Apple. The outfit — including the hoodie from his own Beautiful Confusion brand — was the same one he’d been seen wearing earlier in the week in Paris, where he met up with sister Willow, and also on a stopover in NYC. 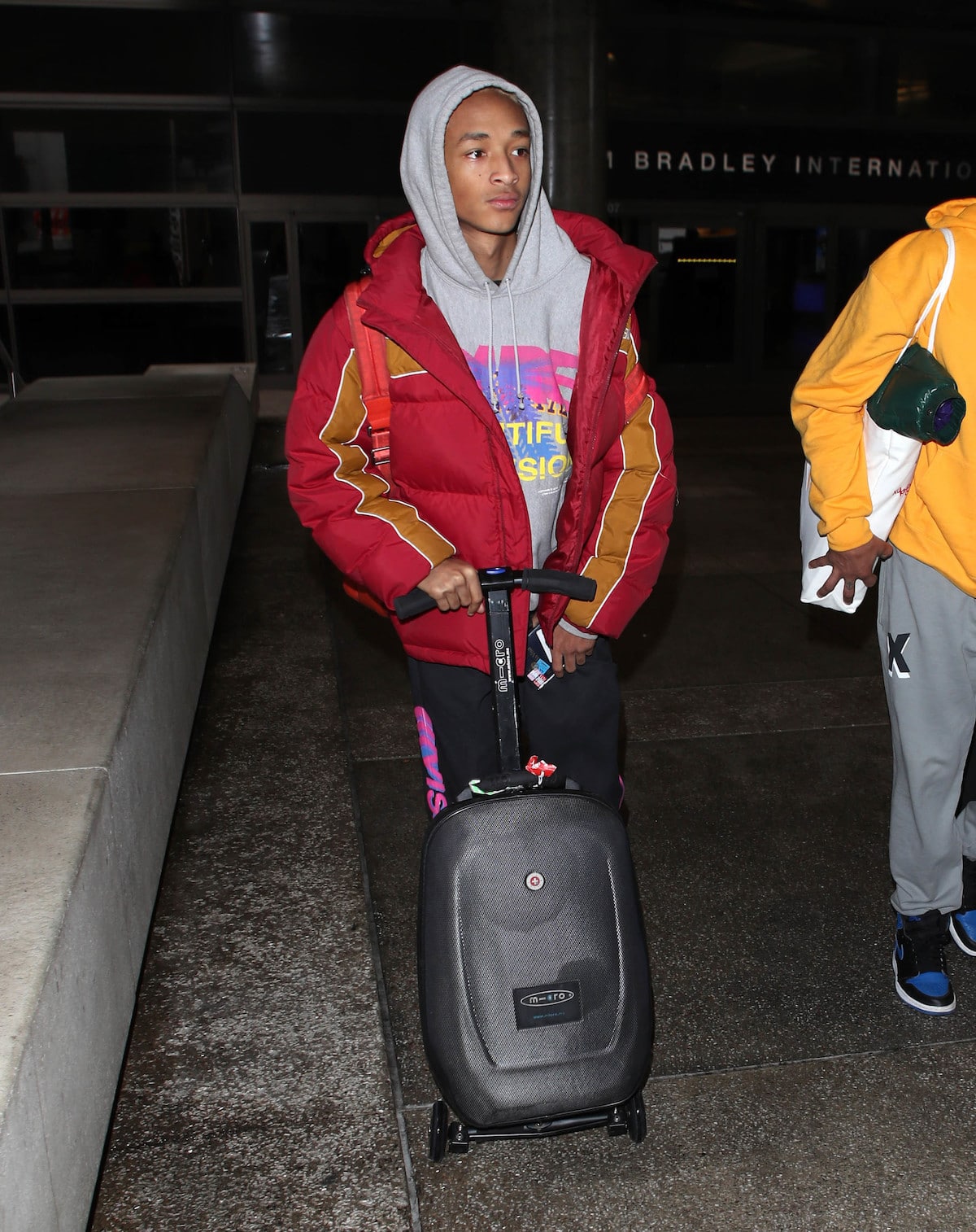 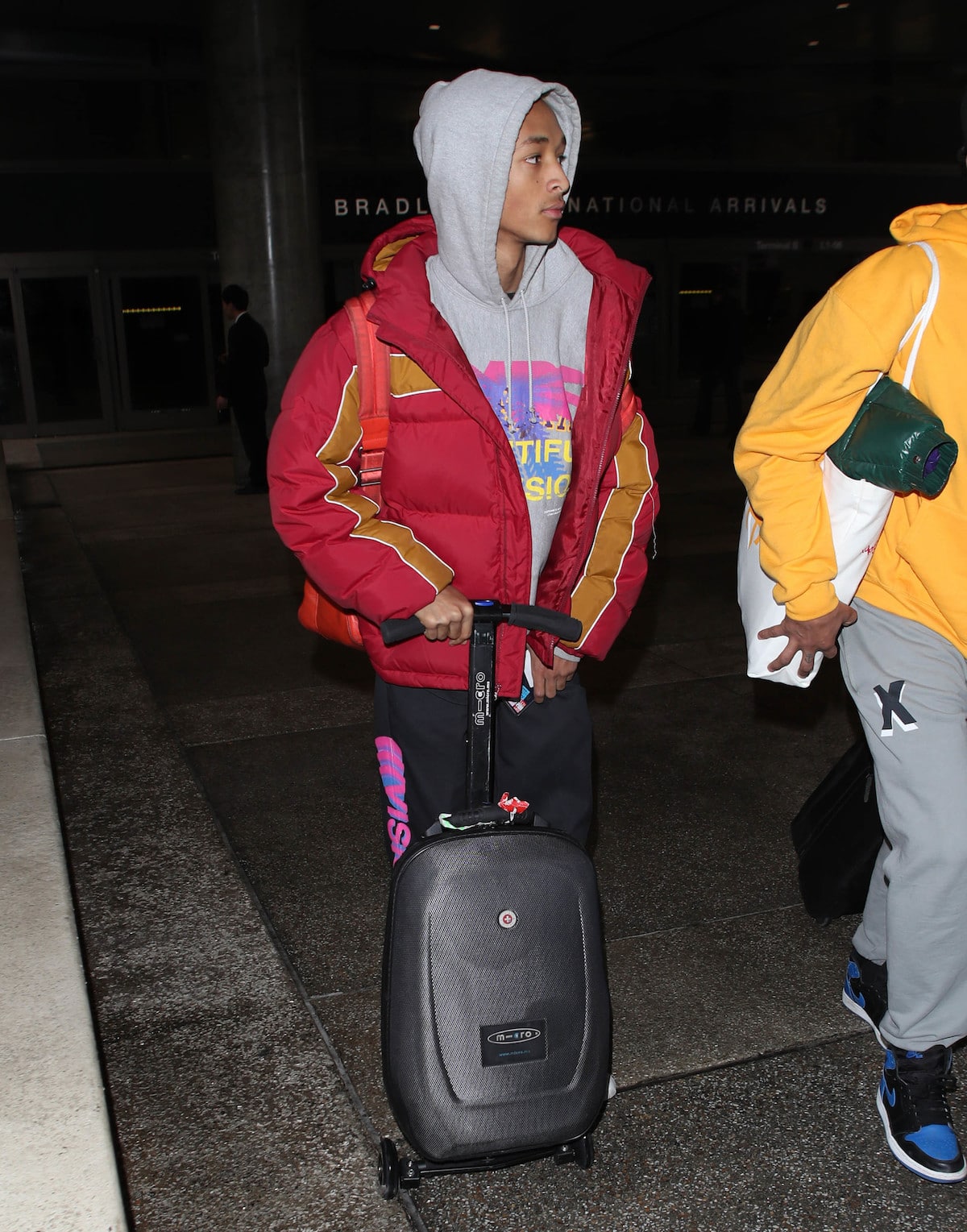 The 21-year-old looked a far cry from how he did in his clean-cut designer outfit while attending the Louis Vuitton autumn/winter ’19 show in Paris with his sister.

Jaden’s whirlwind trip comes after it was revealed that he is using his JUST Goods, Inc. foundation to help provide clean water to Flint, Michigan, in collaboration with the local First Trinity Missionary Baptist church.

The project will see filtration systems known as The Water Box deployed in the area. Flint has had problems with contaminated water for several years now, with President Barack Obama declaring an emergency in the area back in 2016.

February 21, 2020, Comments Off on EastEnders spoilers: Gray Atkins to divorce Chantelle as he picks new victim?
We and our partners use cookies on this site to improve our service, perform analytics, personalize advertising, measure advertising performance, and remember website preferences.Ok