In 2015, Jada Pinkett Smith starred in the hit film Magic Mike XXL. At the time, she worked alongside Channing Tatum and many other fit men she couldn’t help find attractive. But there was a point in Tatum’s hit movie where Smith found herself getting a little too touchy-feely with one of those men. Realizing this, the Collateral star had to apologize to her co-star for her behavior. And she was later relieved that he didn’t sue her for it. 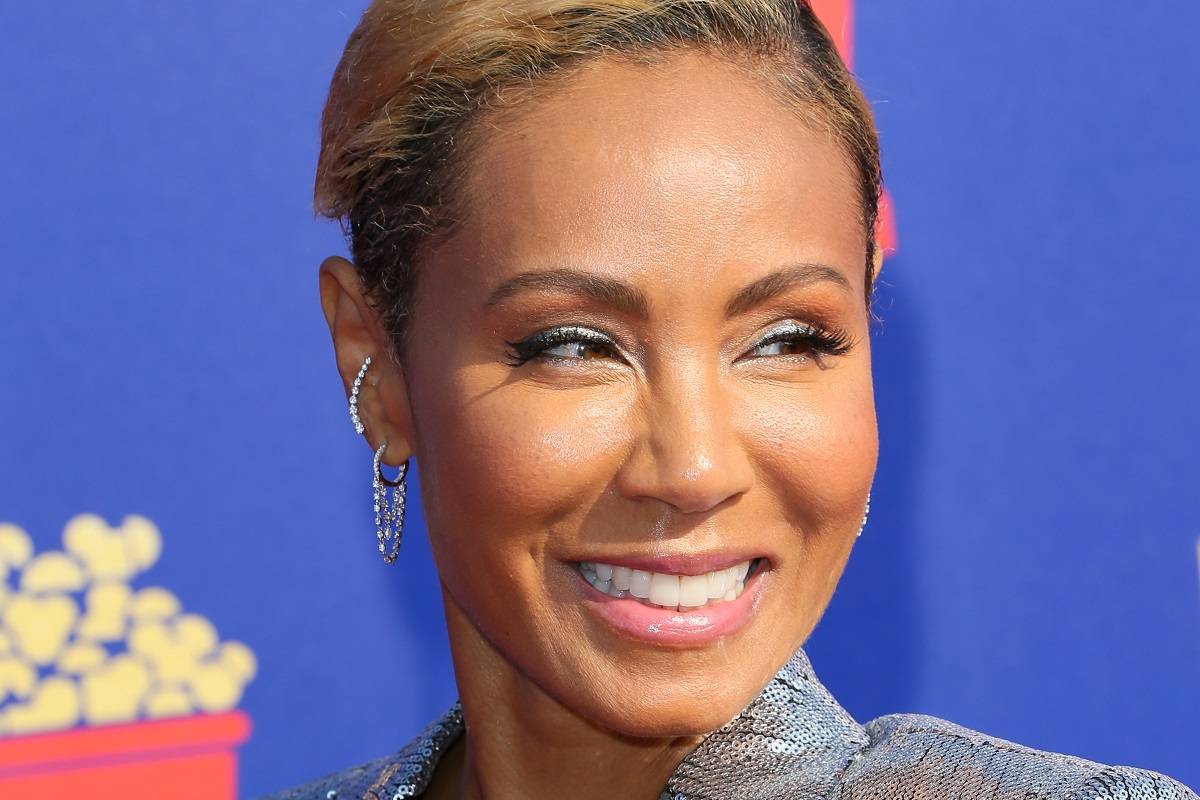 Smith played a nightclub owner in Channing Tatum’s Magic Mike XXL. Since the movie focused on male strippers, many of the men showed a lot of skin for the film. Because of this, it was difficult for Smith to keep her eyes from wandering.

“So, I walk on my set for the first time, my club, and at my club, it’s just chocolate tastiness,” she said on Late Night with Seth Meyers. “It’s just 10, 11…12 chocolate men getting greased down by the makeup department. And literally, I walked on the set, and my knee buckled.”

She revealed that a part of her wanted to give in to temptation at that moment.

Smith didn’t act on those temporary impulses. However, there was one incident where she had to apologize to a co-star for being more too touchy-feely than she needed to be.

Smith admitted that temptation slightly got the best of her when it came to Matt Bomer. Bomer, who also starred in Magic Mike XL, was a particular cast member who caught Smith’s eye. Her attraction to him got to a point where she just couldn’t keep her hands off of him.

“I was so glad that he didn’t sue me for sexual harassment,” Smith said to On Air with Ryan Seacrest. “Because every time I saw Matt, my first thing was I put my hand on his chest and rub his chest and say, ‘Hey, Matt!’”

But then The Matrix actor reflected on her behavior and thought about what it’d be like if the tables were turned.

“And I realized… if he did that to me, it’d be a problem,” Smith said. “So I really had to take a day and apologize. I was like, ‘You know, I realize every time I see you I touch your chest, and that’s just not right, and I’m sorry. I am sorry.’”

Fortunately, Bomer was more than fine about the whole thing according to her.

Smith revealed that starring in the movie took some convincing on Channing Tatum’s part. Tatum had to persuade the actor he had good reasons to get her to do the part.

“After getting on Skype with Channing and director Greg Jacobs, I knew their intentions were pure,” Smith recalled according to Daily Mail. “One of the biggest selling points for accepting this role was Channing saying – I’m not quoting – that there is a way to make the adult entertainment industry responsible.”

Pinkett Smith felt that Tatum had a lot of influence in Hollywood, which further helped endear her to the movie.

“The idea that he has the guts to tackle this subject was a real selling point to me.”