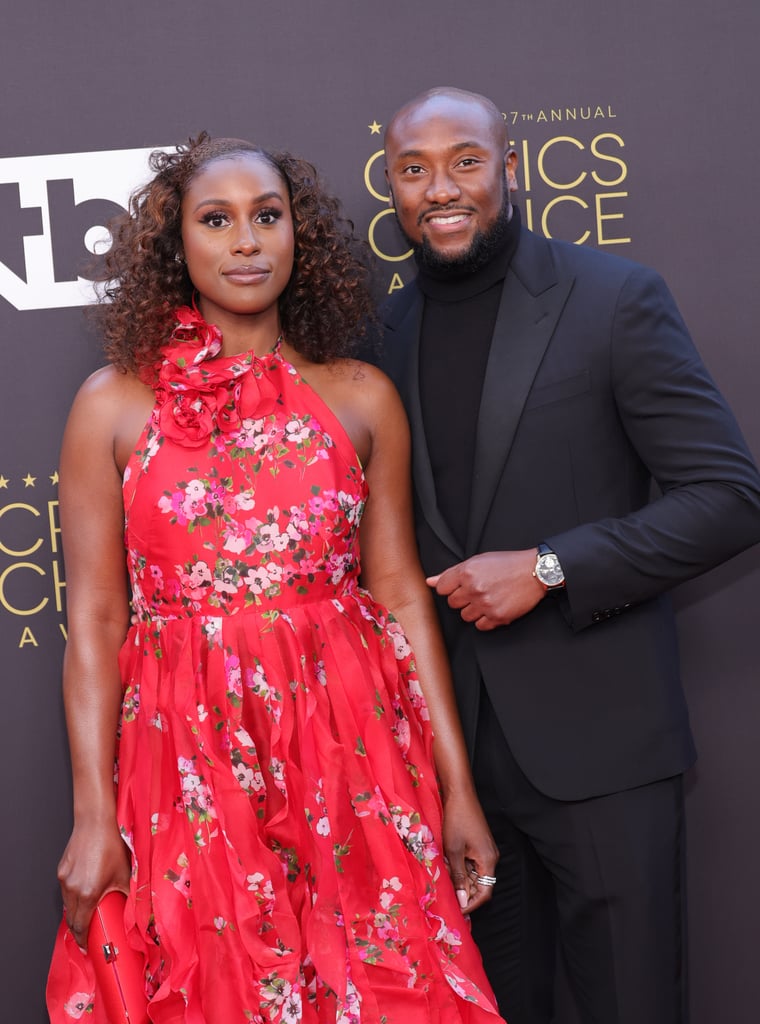 Issa Rae and Louis Diame just made their first joint red carpet appearance as a married couple. On Sunday, the pair attended the Critics’ Choice Awards in Los Angeles, where Rae presented Halle Berry with the SeeHer award. Rae stunned in a red, floral Carolina Herrera gown, while her other half looked dapper in a black suit.

It’s unclear when Rae and Diame first began dating, but he was first linked as Rae’s boyfriend in 2012. Rae casually announced their nuptials last July when she posted photos from their wedding on Instagram alongside a hilarious caption. “A) Impromptu photo shoot in a custom @verawanggang dress. B) My girls came to help me, but they all coincidentally had on the same dress! They were sooooo embarrassed. C) Then I took a few flicks with Somebody’s Husband,” she wrote.

Rae and Diame are pretty private when it comes to their romance. Aside from their few public appearances, Rae rarely discusses their relationship in interviews. However, she did make an exception while chatting with SELF magazine last September. “I’m extremely happy,” she said about her marriage to Diame. Rae also briefly shared her thoughts about starting a family. “I like my life, I like this selfishness, and I know that I have a window,” she added. “I want to do as much as I can while I still can.”

See more of Rae and Diame’s red carpet debut ahead.