It’s been a hot minute since these two first sparked dating rumors, but fans are once again wondering whether Rihanna is in a relationship with A$AP Rocky. On Nov. 29, the two singers were reportedly spotted out with a group of friends at the Beatrice Inn in New York City, per Page Six and Us Weekly, and a source for People later reportedly claimed the long-time friends are now more than friends. Rihanna and A$AP have yet to comment on relationship rumors themselves, but if they are indeed dating, then I fully support it.

Rihanna and A$AP have been close since 2013, which is when A$AP opened for Rihanna on her Diamonds World Tour and she appeared in the music video for his song "Fashion Killa." Of course, people inevitably speculated about their relationship status at the time, but A$AP insisted during an April 2013 interview with MTV News they weren’t romantically involved. "I’m just cool with her. I don’t even look at her like that," he said. "She’s sexy, but I’m good." The two performers have remained friends ever since, but romance rumors resurfaced after Rihanna split from her boyfriend Hassan Jameel in January 2020 after just about three years of dating. The same day news of her breakup with Jameel hit, Rihanna was reportedly seen hanging out with A$AP backstage during the 2020 Yams Day benefit concert in Brooklyn, according to TMZ. Not long after, a source for The Sun reportedly claimed the two were in a "casual" relationship. "They shared a hotel suite during that trip in New York. However, Rihanna is reluctant to put a label on it as it’s so soon after Hassan," the source reportedly claimed. "They’re really enjoying each other’s company and taking things easy as it’s still early days. It’s really casual between them and she’s not thinking about whether there’s a future with Rocky. She’s a newly-single girl having fun."

However, a source for E! News reportedly claimed just a day later there was nothing serious going on between the two. "Rihanna is single. She just got out of a long intense relationship with Hassan. She’s wants to be single and isn’t going to jump into something," the source reportedly claimed. "She’s hanging out with A$AP Rocky, but she is not dating him. They have a long history and she’s just having fun." A source for Us Weekly reportedly agreed, claiming, "A$AP has always thought Rihanna was cool and gorgeous. But they have way more of a best friend [or] cousin relationship. They are very close friends, but nothing ever seems romantic between the two of them." 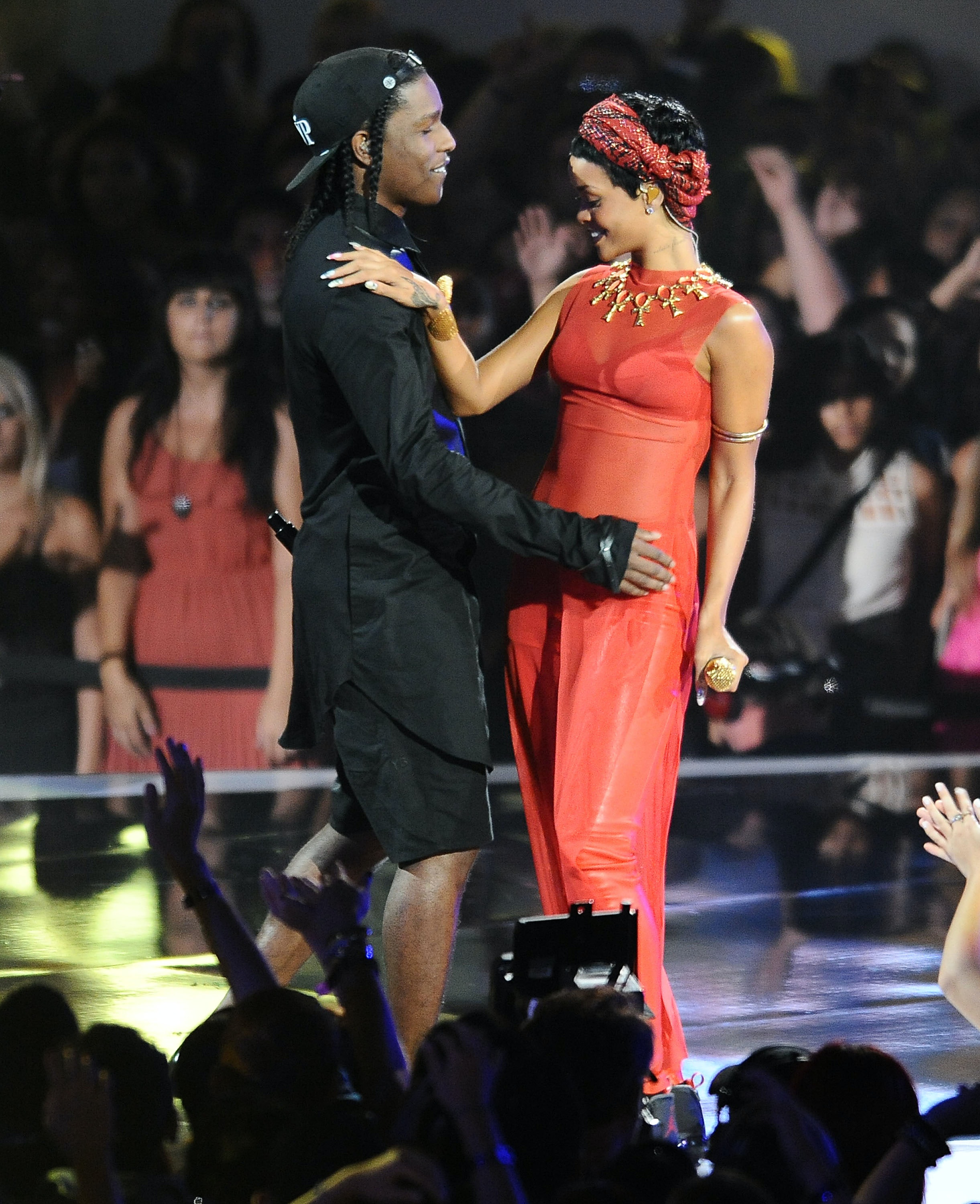 Then, just to make things even more confusing, a source for Us Weekly reportedly claimed in February the two were "hanging out and hooking up," adding, "They’re having fun and have always had chemistry." So basically, the only thing all these sources could agree on is that whatever was going on between the two was reportedly"fun."

Neither Rihanna nor A$AP ever commented on the rumors and they eventually fizzled out, even after Rihanna featured A$AP in her Fenty Skin campaign in July. And even if these two are the real deal now, I have a feeling Rihanna will continue to keep fans guessing.