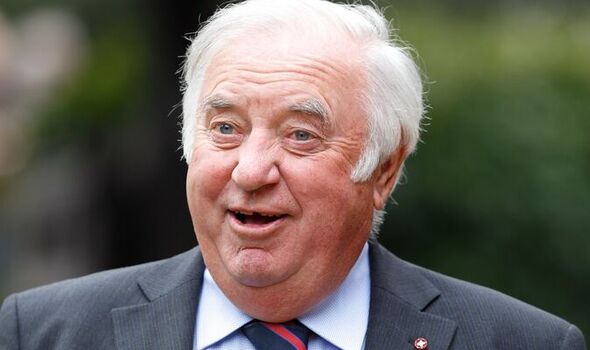 It is now almost 60 years since Jimmy Tarbuck made his big debut at the London Palladium, and few of his celebrity friends from that era are still with us. As he prepares for a new comedy performance at the age of 82, he must feel like the last Sixties stand-up standing. But when he takes to the stage again with a one-man show, it’s clear that many of those big names will be there with him in spirit, their advice committed to memory and written on his heart.

Tarby reveals that the great Eric Morecambe once told him: “You’ve got something young man, so don’t look for it, right?”

“And I never have,” he adds. “I’m not one of these analysts of humour.”

“He always said to me, ‘Just give them two minutes to look at the suit’.

“Isn’t that a great line? People have paid a lot of money to come to the theatre and they don’t want to see comedians walk on in jeans, like a bag of rags. You owe it to your audience to look smart.”

But it will be his memories of his good friend Sir Bruce Forsyth, who passed away on August 18, 2017, at the age of 89 after contracting bronchial pneumonia, that remain closest to the surface.

“I can’t believe it’s been five years this August since Brucie died,” he sighs. “I always thought he was immortal but you do think that about your friends – and then they leave you.

“Ronnie Corbett, Kenny Lynch, Ken Dodd and Cilla. I miss having a laugh with them. I will raise a toast to Brucie by having a bourbon.

“He was a friend to me from the age of 20. He brought me on TV’s Sunday Night at the London Palladium in October 1963 when in those days it was getting 20 to 23 million viewers.

“I had one of the greatest nights of my showbusiness life. I took over from him and replaced him as the last original host of the show until 1967.”

The former Strictly Come Dancing host also stood by Jimmy when he was arrested on sex abuse allegations in April 2013, before being released without charge and then totally exonerated.

The fallout from similar discredited claims against some of the star’s contemporaries continues to this day, as it was revealed yesterday that Sir Cliff Richard, and DJs Neil Fox and Paul Gambaccini are to talk in a Channel 4 documentary about the ordeal of being falsely accused.

It was a grim experience, but nearly 10 years on, Jimmy says he has put it well and truly behind him.

He shrugs: “It was just not nice people trying to make money. Why would they do that? Envy. Do I know who it was? I didn’t want to.

“There was one allegation that centred around BBC Wood Lane Television Centre in London.

“I had apparently invited this young lady into a dressing room with four of my road managers in 1964, and they said I was on Top of the Pops.

“I mean what was I doing on Top of the

“But listen, I have moved on since then ao and I’ve had more important things to focus on, like getting better.” 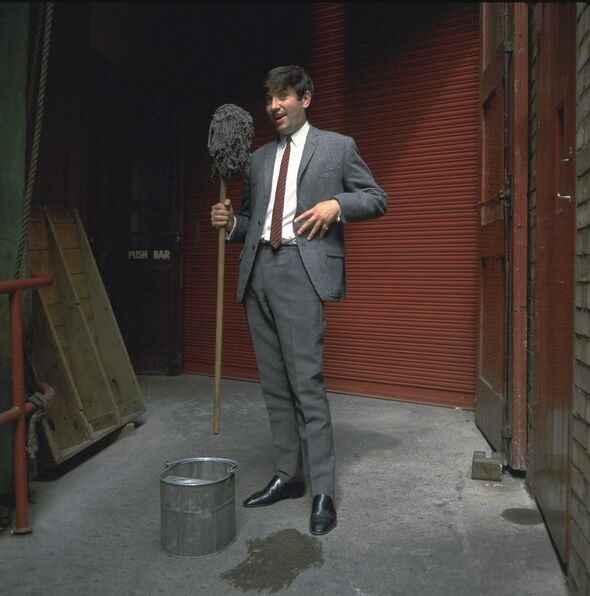 Jimmy was diagnosed with prostate cancer in February 2020 and then had a skin cancer scare at the beginning of this year. He is currently well, but remains vigilant.

Despite these challenges, the octogenarian funnyman sounds hardly any different from the cheeky Scouser who captured the nation’s hearts all those years ago.

“How do I sound so sprightly? I’ve just come straight from a club,” he quips.

But while his partying days might be mostly behind him now, Tarby does think that laughter keeps him young.

Of course, comedy has changed a great deal in that time, and while Jimmy has nothing but admiration for many younger stand-ups, there are certain trends he doesn’t buy into.

“Laughter is a powerful thing and if you get an audience laughing, you think ‘You can’t beat this’. It is very gratifying,” he explains.

“But I always say, ‘Don’t shock me, make me laugh,’ because there are a lot of comedians who are effing and blinding.

“I guess that is their style and I am not saying they are bad comedians when they choose a certain road to go down, that’s up to them. But if your F is getting a bigger laugh than your punch line, maybe there’s something wrong in the writing too. I don’t think I ever heard Ken Dodd swear on stage. Not once.”

Nevertheless, he cites Billy Connolly, no longer performing live after the progression of his Parkinson’s disease, as one of the best comedians ever, despite his colourful language.

“He once performed the greatest piece of original material I’ve ever seen,” Jimmy says. “It was the one about the guy going into the discotheque with the incontinence pants underneath his own.

“I had my son with me that night and the two of us, despite our age gap – he was about 17 at the time – we were crying with laughter. I absolutely loved it. Dear God, it was funny.

“Now Billy Connolly might swear more than any other comic. But I don’t find him offensive, I find him hilariously funny. I’ve seen him 10 times and I’ve never seen him have a bad night. It’s so tragic about Billy (having Parkinson’s) but unfortunately, what you find, and I include myself, is that you suddenly realise you are getting older because you ache, and you need your energy as a comic. But I’m enjoying my work more than ever and the audiences seem to enjoy me too.”

At the upcoming show he is working on – Jimmy Tarbuck: A Life in Showbusiness – he plans to regale fans with tales of his remarkable life, from going to school with John Lennon to playing golf with Bing Crosby.

Next month, he will return to London’s Royal Marsden Hospital for a six-monthly check-up to ensure that his prostate cancer is under control, but he is not one to make a fuss. 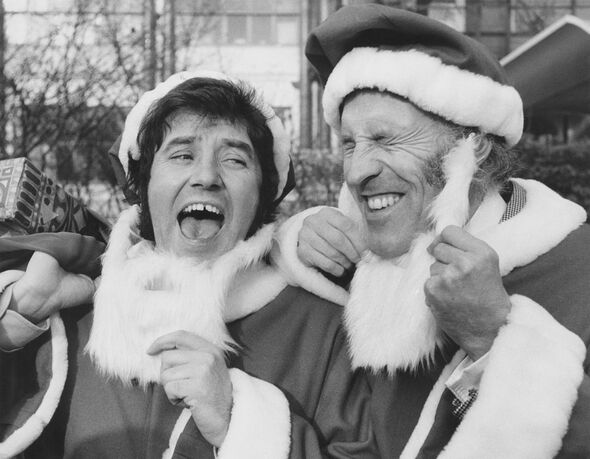 “I’m fine, I’m getting there,” he insists. “I thank the medical staff there for all of the care that they’ve given me because I wouldn’t be here without them.

“The Marsden were marvellous. I was told, ‘You’ve got cancer. You’re not going to die from it, but you’re going to die with it’, and I thought, ‘I can accept that’.

“So, I take my tablets and I do my duties and I go for my tests every six months.

“I am going back in September and I am just getting on with it.

“It’s like performing, while audiences come to watch, I will do it and while I have got the energy, I will do it.