Sequins? I need spandex, laughs Strictly’s Ranvir Singh after putting on a stone in lockdown

Forget racy rumbas and sizzling sambas, Strictly’s Ranvir Singh says she will dance with joy if she manages to squeeze into her glitzy gowns.

‘It’s no secret, I’ve put on a stone during lockdown,’ said the Good Morning Britain presenter during preparations for this year’s eagerly awaited show. ‘So I pity the poor wardrobe people.’

The 43-year-old political editor confessed she would be relying on slimming spandex undergarments to look her best when the popular BBC1 dance contest begins on October 24. 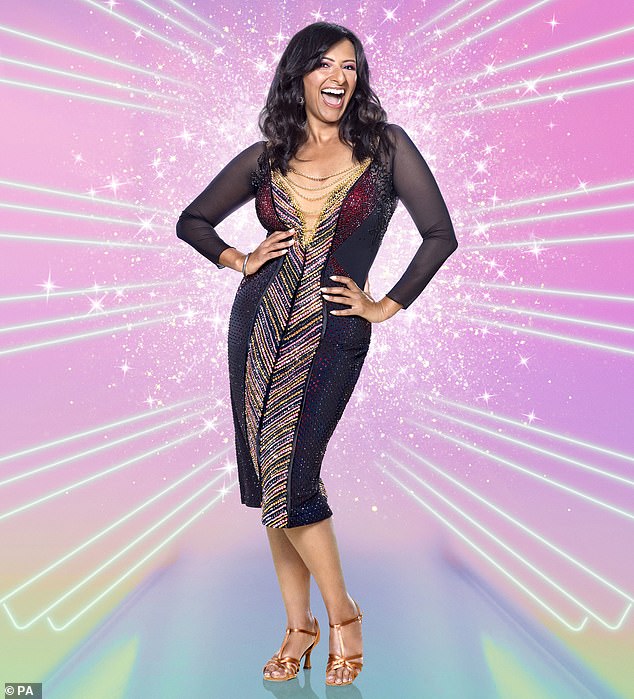 ‘I said to them, ‘Listen, I don’t mind what you do on the outside, what I care about is the strength of the support underwear. It has to be the best you’ve got, just suck it all in’.

‘I’ll have fat earlobes, fat ankles and fat fingers because they’ve pushed it all out – that’s fine. I’m happy with that. Just so they are aware of that.’

The physical demands of the show mean she has resorted to taking multi-vitamins in a bid to boost her energy levels.

‘I’ve started running a little bit to try to get my body used to being completely out of breath and I’ve done a few high-intensity training sessions. I haven’t gone hell for leather because I’m up against an Olympic gold medallist in (boxer) Nicola Adams.’

For the first time, contestants have been told they can succumb to the ‘Curse of Strictly’ – but have been warned against intimacy with anyone other than their dance partner. 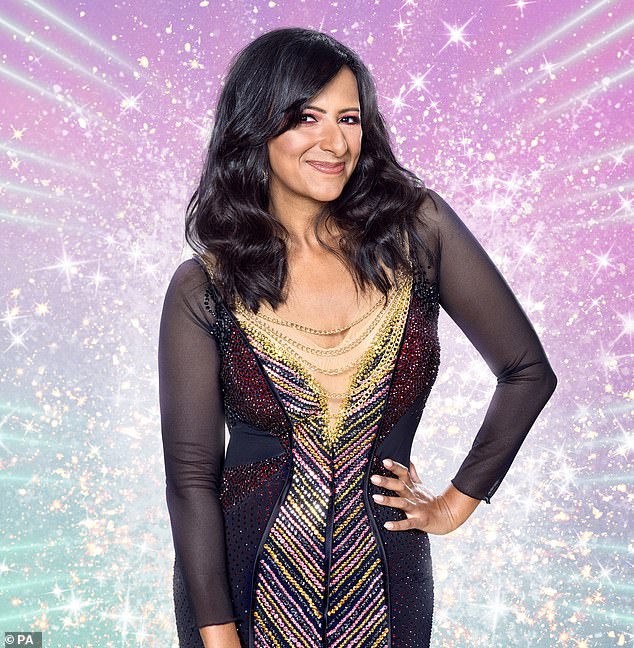 Under strict Covid rules, they must stay in individual bubbles with one another. Romances outside of that will be classed as a risk to other members of the show, and anyone involved in one will be asked to leave.

A well-placed Strictly source said: ‘For the first time since the beginning of the programme, there will be no problem with one of the dance couples getting together. In the past it has very much been frowned upon, but this year anything goes.

‘The problem will be, though, if anyone cops off from outside their bubble. Anyone found to be doing that will be dealt with extremely seriously.’