One afternoon in the early aughts, Melissa George found herself in a hotel room with Harvey Weinstein. The mogul, wearing a bathrobe, wanted to discuss two roles in his upcoming films Derailed and Amityville Horror. An assistant waited in the hallway, but then, fortunately, so did George’s ‘entourage’.

“I actually was very well protected back then,” George tells me via Zoom, speaking from a park in Paris, with one of her sons in her lap. “My agent at the time said, ‘You’re not going to that meeting alone.’ And [Weinstein] realized that I came with bodyguards and back-up.” 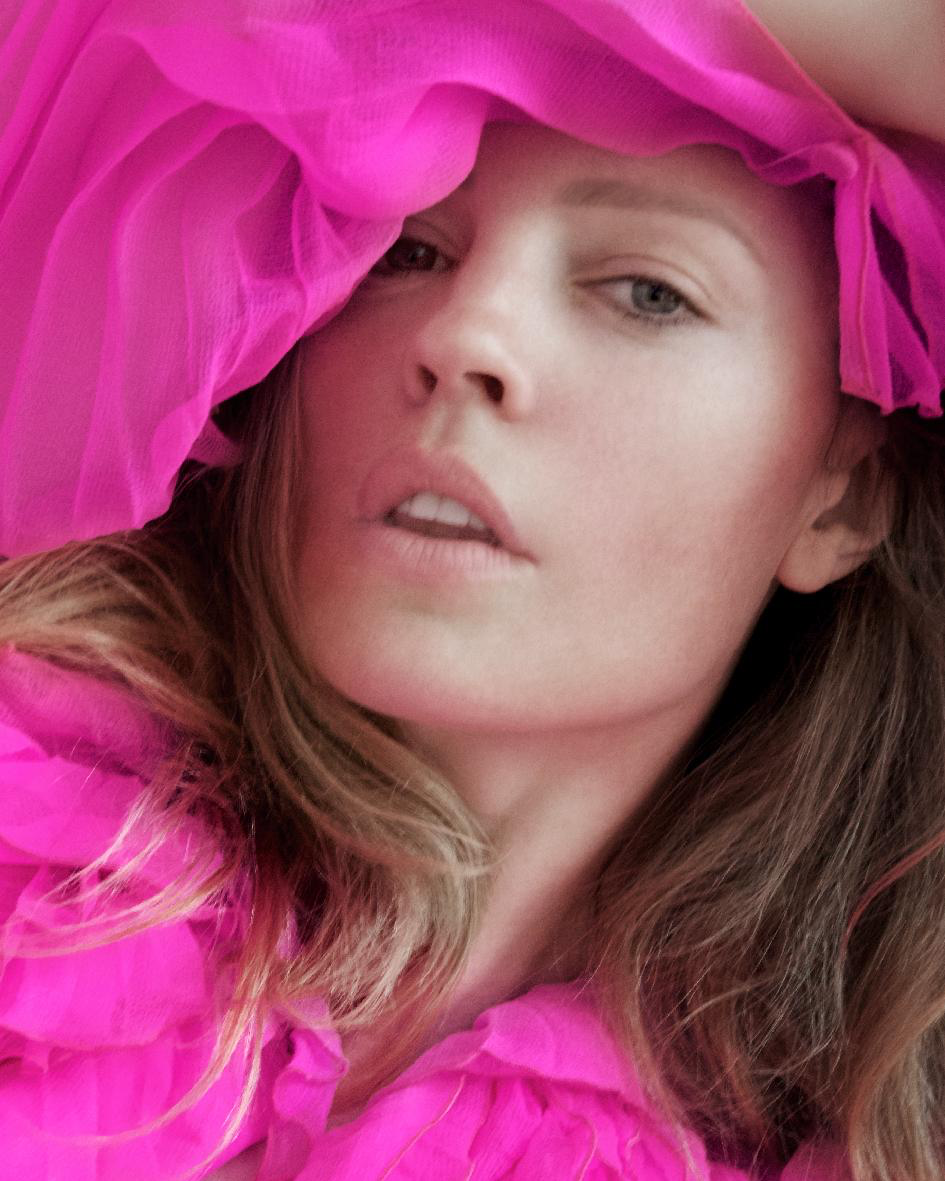 With her team lurking, he made no inappropriate moves, beyond his choice of attire. But then, a week before shooting on Derailed began, the lead role earmarked for George was mysteriously demoted to a supporting one. She believes this is absolutely because of that tightly-controlled Peninsula hotel meeting.

But she prevailed, later booking Turistas, the lead in Music Within, and a big role in 30 Days of Night. She also booked meaty TV parts on shows like Grey’s Anatomy and In Treatment, for which she was Golden Globe nominated. Triangle and A Lonely Place to Die followed, and a lead in the critically-acclaimed series The Slap. By 2016, she was apparently living the fairytale: settled in Paris with her partner and two young sons. She’d dodged Weinstein. Her career was thriving. What could go wrong?

Things could go very wrong indeed. According to a statement George made to police, during a disagreement with her partner in their home, he struck her repeatedly. An Uber took her to the police station. When she began vomiting, she was escorted by a detective to the hospital at 3am. That Uber driver would later testify to her distraught state, and that she appeared to be in physical pain, while George has photographic evidence of bruising and swelling to her face. However, the French court found both she and her former partner guilty of assault, and George was legally banned from taking her children out of the country without her ex’s written permission— a disaster for a woman who knew no one in France other than her ex, who relied on being able to travel for work, and whose family and friends were all distantly overseas.

Of the court battle, George says now, “You have more bullets, you have more ammunition in your pocket if you have the money, and women aren’t very well-received here [in France]. We are known as the ones to carry the child. But once it’s born, it’s a gift to [the father]… You’re a carrier. You’re third in the order of the ‘code civil’… It says man, child, woman. You are not regarded at all, and you add on to that an actress, and you add on to that a woman, and not French.”

Effectively marooned in her adopted country, George wandered Paris in a daze, feeling her experience had been “a witch hunt” and that she was “made to feel stupid daily”.

While her work is well-known in the U.S., the U.K. and her native Australia, in France she says she was initially seen as an outsider. “You are a successful actress in your own country, but you are forced now to give it all up. And so, every day I just walked around [feeling] stupid.”

Then, one day, George—who had left her native Australia at 21 to make it as an actress in the U.S.—experienced something of an epiphany. “I looked at the beauty of Paris. It was about five o’clock in the morning. I was just pretty much on the street. I thought, OK, you’re built for this, you are the only one that can make this happen. You need to perfect your French, starting now. You need to call your family and ask for help, starting now, because I had never done that in my whole life. I called my brother, called my mom, called my dad.” From that day on, George threw herself hard into creating a home and learning the language fluently.

By 2018, she had managed a stint as Sean Penn’s wife in Hulu series The First, shooting in one-week increments, but mostly she was stymied. Her confidence eroded, terrified of leaving the children, when the script for Apple TV+ series The Mosquito Coast came her way, she sat on it for months, eyeing the role of Margot– wife of the lead Allie Fox character, who would be played by Justin Theroux, her co-star from Mulholland Drive some 20 years earlier. But still, she did nothing. Then she got a new agent, who immediately told her, “You have 30 minutes to put yourself on tape or else we are done.”

“I sat on the floor and just burst into tears,” George says. “I put up my camera and I did three scenes. One take each. I didn’t sleep that night. And 24 hours later, Rupert Wyatt, the director, called my agent said, ‘She’s our Margot.’”

George went to her sons, who were, by now, five and seven. I said, “Mummy has to be a big girl now and go back to work.” The boys understood. And the show’s producers allowed her to work two weeks on, two weeks off, so she could see the kids in Paris. “I was professionally and personally successful for the very first time in my life,” she says. “I made both of them happen.”

Then, at last, the doors of French cinema cracked open. She got the chance to meet with Emmanuelle Bercot, who was putting together her film Peaceful (De son vivant). “I was a big fan of her as an actress, just from Mon Roi and all those films,” George says. Catherine Deneuve was also already cast.

“I went in for an hour-and-a-half meeting in French. [Bercot] stood up at the end and just hugged me. She said, ‘Will you do my movie?’ I knew it was with my idol Catherine Deneuve. I mean from Belle de Jour, to everything she’s ever done… style-wise, acting-wise, she’s just historic. She epitomizes everything that I ever wanted to be.”

George’s role was small, but it felt vital. “I knew I had one scene with her, not a lot, but the way I see it, it’s a step into the cinema in France,” she says. “Even though it’s been such a bad time for me here, it was a way to show that I’m at the right place at the right time, getting the right role at the right time. It’s a beginning.”

At a recent private screening in Paris, everyone was in tears, she says. “It’s really, really touching, really sad. So beautifully directed.”

The film tells the story of Benjamin (Benoît Magimel), son of Crystal (Denueve). “He’s dying in hospital and I’m his ex-wife,” George says. “And when he found out that I was pregnant, he abandoned us and never met his child ever. So, he’s lived this life of a lie and it’s about me letting go of my son to go and say goodbye to his father.”

During her most desperate times these past years, George made a list of her dreams to keep her going. Deneuve was on that list, as was Sean Penn, as was working on a series like The Mosquito Coast. “That’s our version of praying, isn’t it? Manifesting?” she says.

And just recently, George played her first fully-French role, in the Abel Danan-directed short Canines, starring Pauline Chalamet, which has just been green-lit as a feature.

Being broken down and having to rebuild made her appreciate both herself and France, she says now. “I am more interesting, I am more calm, I’m more universal, I’m more cultured. I’m nicer, I don’t know. I just feel like when you get everything beaten out of you, you choose to put in the right ingredients and make yourself a better person. And it’s because of Paris.”

This will not be George’s first time at Cannes. “I’ve only been invited before because there was a spare ticket of blah, blah, blah,” she says. “And of course, when I got on the red carpet, everyone was like, ‘Oh my God, what’s she doing here?’”

But this year, she will be there on her own merit, representing a film she describes thus: “It’s about the truth and speaking the truth, and mending bad things in your life and coming full circle.”