Holly Willoughby, 39, has uploaded a snap on Instagram of a snowman lovingly built by her children while she was at work presenting Dancing On Ice. The ITV star explained that her brood had created the snowman with some innovative ideas, including using chocolate snacks for the button detailing.

Holly wrote in view of her seven million followers: “Can’t take any credit for this guy… all the kids’ handy work whilst I was at @dancingonice…”

The photo showed a huge snowman wearing a flat cap, decorated with Jaffa Cakes for buttons.

The This Morning star added: “And yes… those are Jaffa cake buttons.” (sic)

The snowman also had a scarf wrapped around its neck, with a carrot for a nose and two courgettes for eyes. 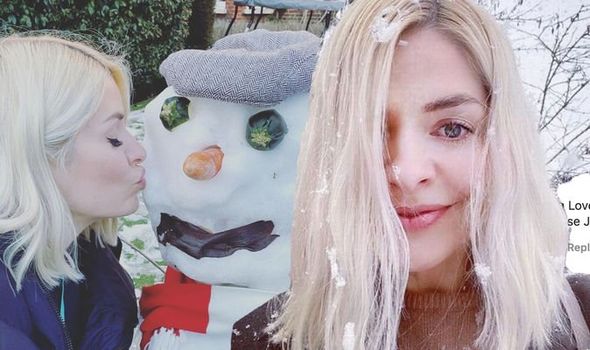 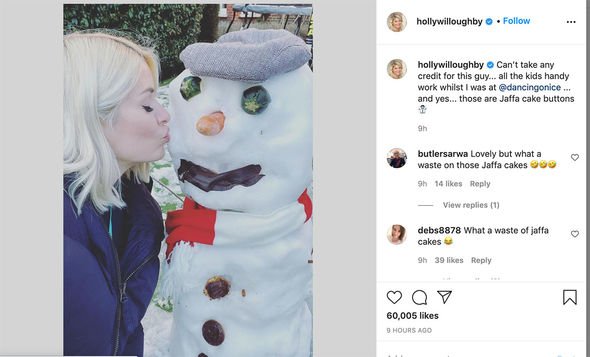 Underneath fans weighed in, as some claimed that it appeared to be a “waste” of food.

One typed: ”Lovely but what a waste on those Jaffa cakes.”

“What a waste of Jaffa cakes,” a second added.

While a third responded: “Yep, my immediate thought.” 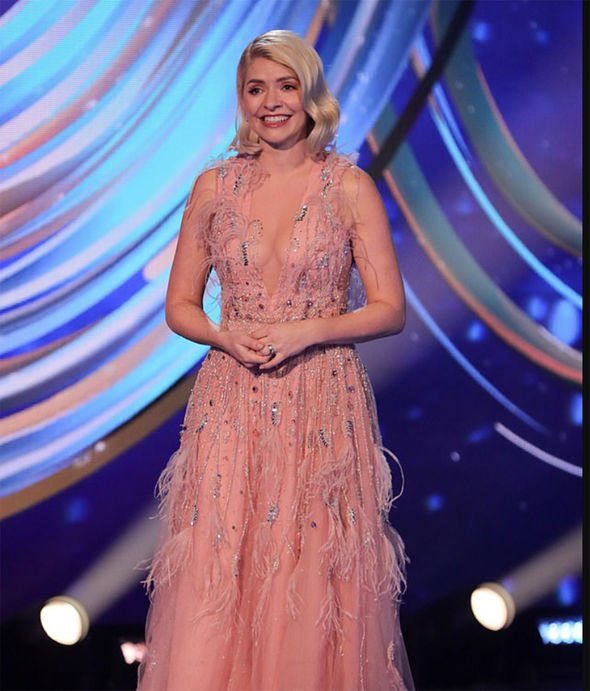 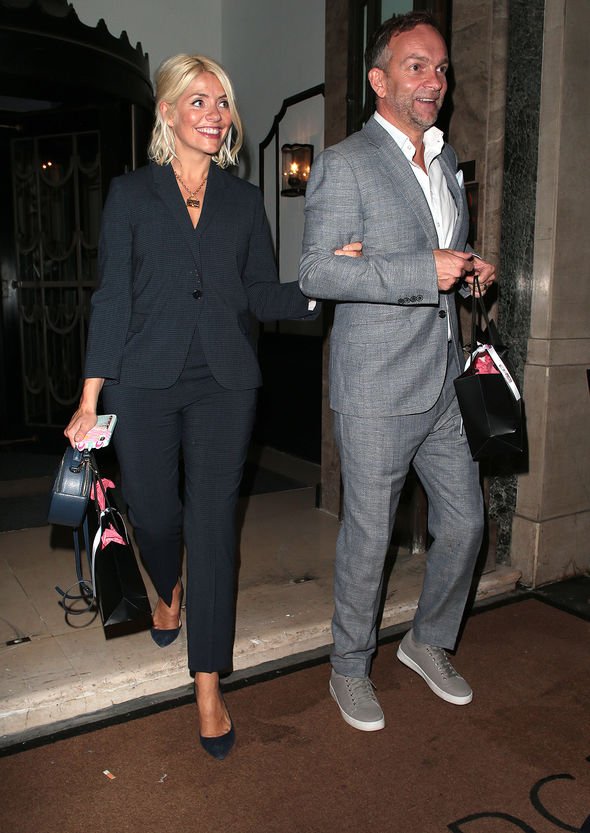 Holly has been keeping busy filming the new season of Dancing On Ice.

However, the star has touched upon how she only learnt to appreciate “real” success after having a family of her own.

Holly is mother to Harry, 11, Belle, nine, and Chester, five, who she shares with husband Dan Baldwin.

She revealed to Red Magazine: “Most nights, we play a game as a family called The Dinner Quiz, where Dan goes around the dinner table asking everybody fun questions.

“It’s really simple, but we always end up laughing because one of us has said something silly.”

The presenter noted that often social media can make users believe they are experiencing success, as opposed to focusing on real-life victories.

“To me, that’s real success, appreciating how special the things are that are right in front of you. It’s not having a gazillion followers on social media, it’s cherishing the people around you.

“I hope I don’t lose sight of how important it is to come home, shut the door and focus on just being there.”

On Instagram, Holly shared her delight at returning to screens after the coronavirus lockdown.

She wrote: “Well it’s back… @dancingonice on @itv at 6pm.

“It’s incredible that the brilliant team, crew and celebs have made this happened.

“It’s not been easy and I feel so proud. Gosh, it feels good to put a sequin on!”

Dancing On Ice continues on ITV next Sunday at 6.30pm.