MTV’s “Siesta Key” just returned for a fourth season, and viewers have already witnessed a plethora of drama go down amongst the cast. One of the focal points of new episodes has been Kelsey Owen and Juliette Porter launching rival swimsuit brands, and the major breakdown of their once close friendship. To make matters even more complicated, much of the cast was transported from Florida’s idyllic Siesta Key to Palm Island in the Grenadines in an attempt to keep everyone safe amid the COVID-19 pandemic. As a result, Kelsey, Juliette, and their group of friends found themselves spending a whole lot more time with one another, from which there was no escape.

“I hope that people who watch keep an open mind and enjoy it. I think not even just speaking for myself, but many of the cast members, this was probably one of the hardest seasons for us to film,” Kelsey, who recently launched her swimwear brand By Kelsey Owens, told Nicki Swift. “Just being on an island and being close to one another 24/7 was different than anything we’d ever experienced. And during a pandemic, it was just a really crazy stressful time, so I think all of us were kind of facing a lot throughout the season.”

Nicki Swift caught up with Kelsey Owens to find out exactly how the tension rises in Season 4 of “Siesta Key.”

Kelsey's friendship with Juliette will never be the same again 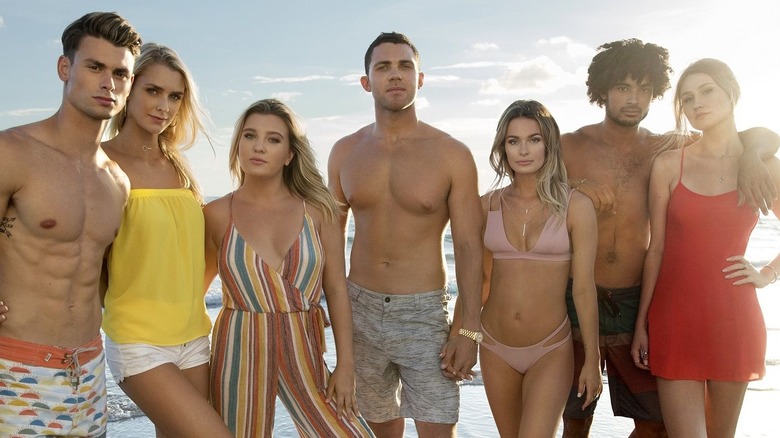 Fans will undoubtedly be relieved that MTV’s “Siesta Key” is finally back on our screens, but new episodes include some major changes. Notably, the cast takes a trip to the beautiful Palm Island in the Grenadines in order to safely film the series during the COVID-19 pandemic. However, being forced together 24/7 created some extra drama for the “Siesta Key” stars. Of her crumbling friendship with Juliette Porter, Kelsey Owens revealed to Nicki Swift, “I would just say, with being on an island, [viewers] will get to see a lot of awkwardness because I think there was a lot of tension going into the island for both of us.” Kelsey continued, “So, kind of, when you’re stuck in a confined area and you’re having breakfast, lunch, dinner, and everything, and there’s parties and alcohol involved, [viewers] can definitely see things and lots of tension rising.”

Describing filming the new season of “Siesta Key” as “definitely a lot crazier than I expected,” Owens didn’t sound hopeful when asked about a possible reunion with former best friend and roommate Juliette Porter. “I don’t know,” Kelsey mused. “I think fans will have to see how everything kind of unravels, and we will just see. … The show is definitely worth watching to find out.”

Catch all the drama of “Siesta Key” Season 4 on MTV on Wednesdays at 8/7c.