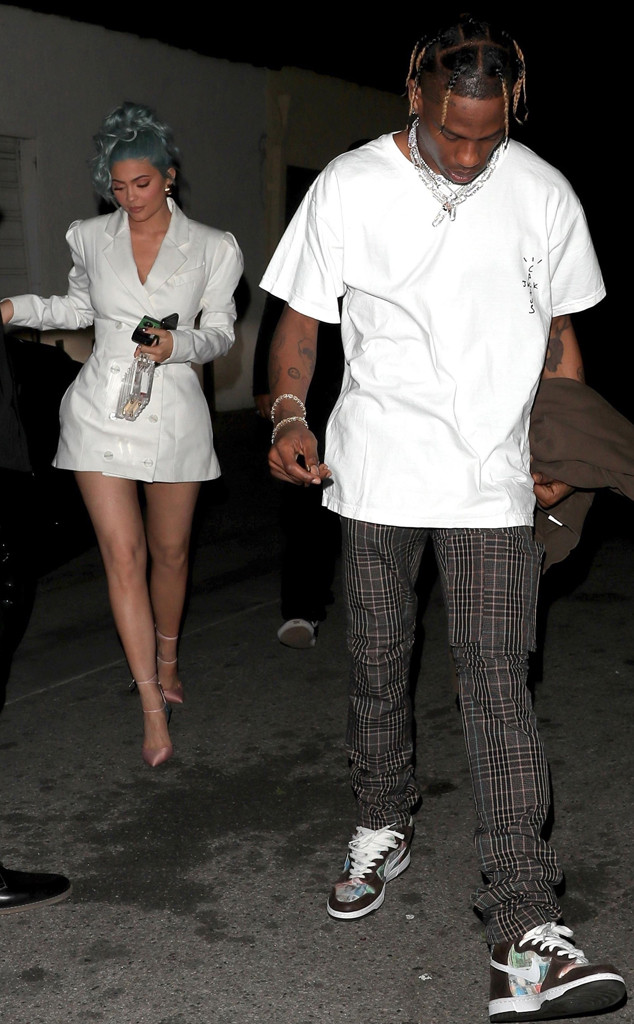 New Year’s Eve is always better with a plus one!

As 2018 came to a close, Kylie Jenner and Kendall Jenner both found themselves in sunny Los Angeles.

And when it came to the final day of the year, both ladies decided to step out—just not exactly together.

We’ll start with Kylie who headed to West Hollywood with Travis Scott for an intimate dinner. In photographs obtained by E! News, the new mom opted for a white dress with pink heels for her evening out.

She completed her look with a clutch, an Instant camera (throwback alert) and her new blue locks.

“Happy New Year,” Kylie wrote on Instagram Stories while teasing her outfit for the night.

Earlier in the day, the businesswoman behind Kylie Cosmetics was able to enjoy some time with her daughter Stormi Webster. She also paused to express gratitude for her fans who have sent support during a successful year.

“Thank you for another unforgettable/groundbreaking/amazing year for @KylieCosmetics! It’s what keeps me going!” she shared. “Can’t wait for you to see what I have in store for you in 2019.” 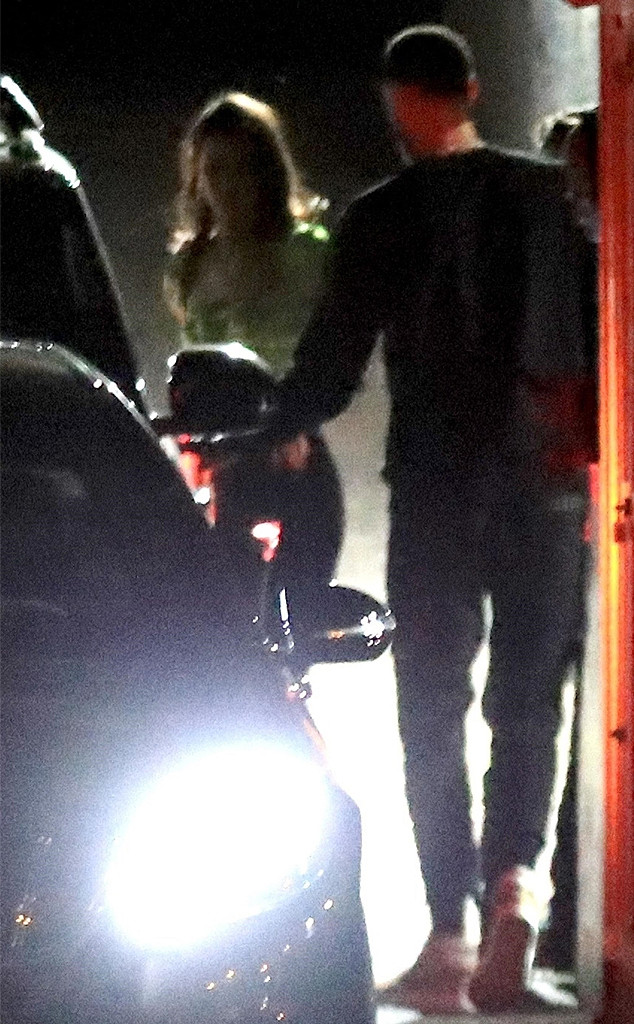 Kylie wasn’t the only one to have some fun on Monday evening.

While Khloe Kardashian was celebrating in Cleveland with Tristan Thompson, Kendall was spotted hanging out with a familiar face.

A source tells E! News that the Keeping Up With the Kardashians star stopped by Delilah with rumored boyfriend Ben Simmons for Drake‘s star-studded party. We’re told Kylie and Travis also made a brief appearance.

“Ben and Kendall arrived around 11:30 p.m. and stayed for about two hours,” an eyewitness shared with E! News. “Kylie also arrived a little before midnight but only stayed for about 30 minutes. Both sisters were inside the party at midnight.”

In fact, Kendall documented her sister’s dance moves inside the Hollywood hotspot on Instagram Stories. She would later delete the clip.

Guests including Chris Brown, Diddy and Tinahse all raised a glass with Drake to toast the start of 2019 and the launch of his new, luxury champagne brand. In fact, partygoers were able to leave with some Mod Sélection Champagne.