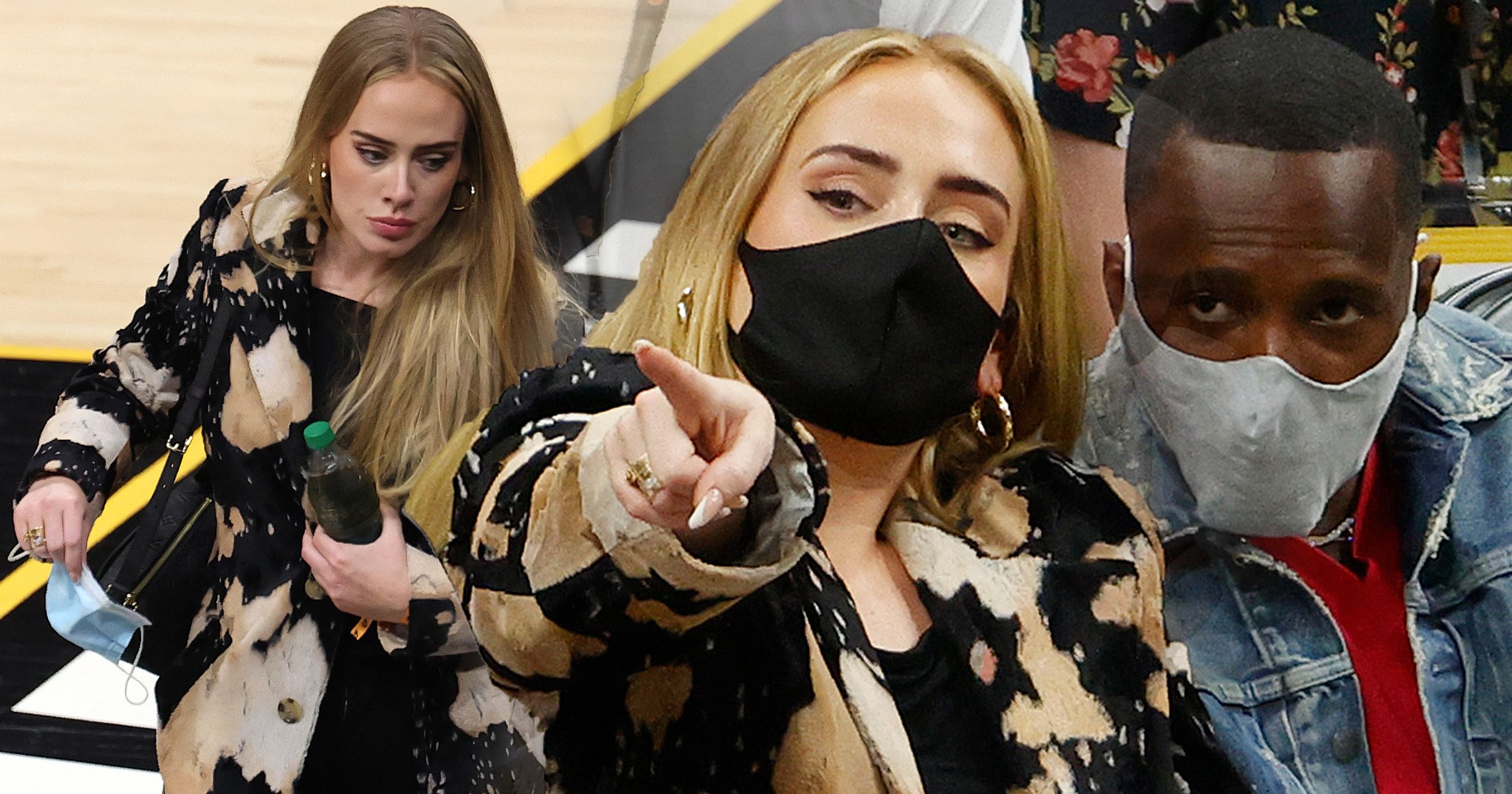 Adele tends to keep things low key but she surfaced for a rare public appearance at the weekend, hanging out courtside at the 2021 NBA Finals.

The Hello singer, 33, was in the crowd as the Milwaukee Bucks took on the Phoenix Suns on Saturday night at the Footprint Centre in Arizona.

The star was dressed causally in a long patterned coat with a black top and trousers and heels, wearing a black face mask as she took her seat.

Wearing her long hair down she finished off her look with a pair of gold hoops and manicured nails.

She looked relaxed watching the action take place on the court and was more than happy to share a joke with other spectators.

At one point Adele was seen briefly lowering her mask and laughing as the game rolled on.

The star was apparently seated next to sports agent Rich Paul (what a name) who is LeBron James’ agent.

Fans have been clamouring for new music from Adele, who celebrated the 10th anniversary of her album 21 in January this year.

The star has had no problem shutting down the begging for music updates as she replied to one eager fan on Instagram that her album is delayed as ‘Corona ain’t over’.

The star, who has officially become the best-selling female album artist of the century in the UK, hasn’t released an album since her 2015 record 25, but has confirmed she’s working on new music.

Hosting Saturday Night Live in October 2020, she revealed why she was only on hosting duties, with singer-songwriter HER appearing as the musical guest.

She said: ‘My album is not finished and I’m also too scared to do both. I would rather just put on some wigs – and this is all mine by the way – have a glass of wine or six and just see what happens.’