Who is this mystery Keith Richards impersonator? Helen Mirren looks like a Rolling Stone as she is spotted with a US passport at Heathrow (so is she now a dual citizen?) 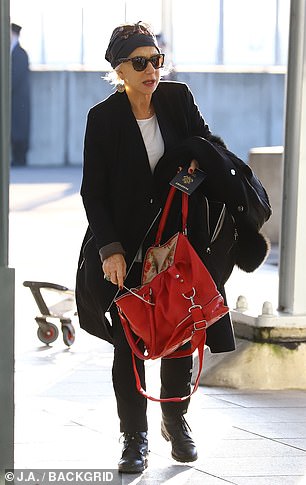 For her flight last week, 73-year-old Helen Mirren (pictured) made thrifty use of wardrobe staples, some of which are several years old

She has famously played the Queen on screen – but Helen Mirren looked decidedly less than regal when she was snapped travelling through Heathrow.

In fact, with her shabby chic look, including black headband and shades, she seemed to be channelling the fashion spirit of hard-living Rolling Stones guitarist Keith Richards.

The Oscar-winning star of Prime Suspect was spotted in the airport on Thursday, with a spare pair of rimless specs on her head and American passport in hand.

It’s not clear if it was her document or that of her husband, the American film director Taylor Hackford.

She spoke about taking dual British-US citizenship two years ago because of the morbid practicalities of planning her will. She has two stepchildren with Hackford, admitting ‘all my family lives in America’, and the couple own a property in Los Angeles.

For her flight last week, the 73-year-old actress made thrifty use of wardrobe staples, some of which are several years old.

Her red tote bag was part of Marks & Spencer’s Autograph collection eight years ago. Clearly well-used, it bears scuff marks on the underside and would have originally cost £119. The sunglasses perched on her head are from a Fendi range from several years ago, when they would have cost about £280. Only the backpack, a Tumi ‘Dori’, which costs £275 and can hold a laptop, appears relatively new.

Ms Mirren has previously spoken about her thrifty – and practical – approach to travelling light. 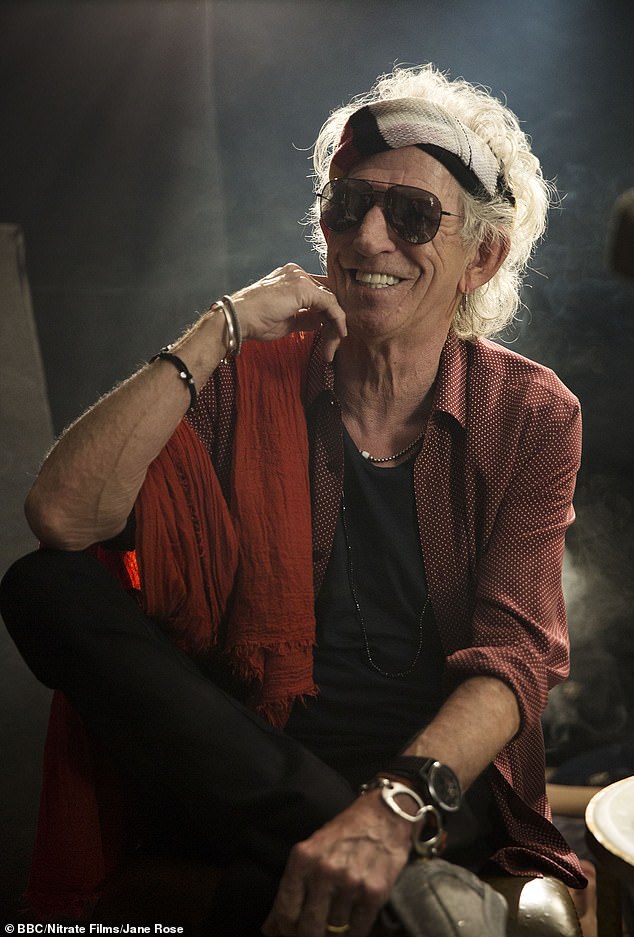 With her shabby chic look, including black headband and shades, Helen Mirren seemed to be channelling the fashion spirit of hard-living Rolling Stones guitarist Keith Richards (pictured) as she travelled through Heathrow airport on Thursday

‘When I’m going to cold places, I take nothing – just underwear,’ she has said, explaining that she picks up what she needs after she has landed.

‘On my way from the airport, I ask the driver to take me to a good charity shop, and I buy boots, socks, trousers, jumpers, sweaters, hats and scarves – usually for £30… [Then], on the way back to the airport, I have it all in a big bag and drop it off at another charity shop.’

Ms Mirren will next be seen in cinemas in the British thriller The Good Liar, alongside Sir Ian McKellen and Downton Abbey’s Jim Carter.

She is also starring as Catherine The Great in a forthcoming mini-series about ‘the most powerful female monarch in history’ for Sky TV and American broadcaster HBO.