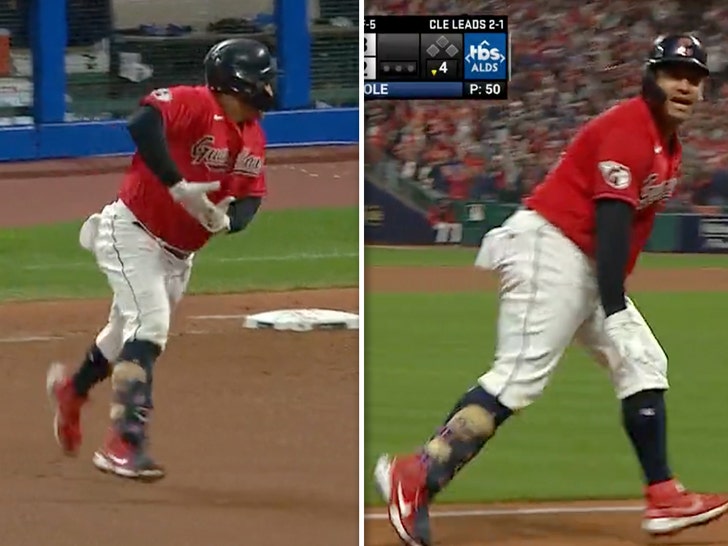 Cleveland had been trailing NY, 3-1, in Game 4 of the American League Division Series (but leading the series, 2-1) … when Naylor cut into the Yankees’ lead, turning around a 98 MPH fastball from Cole.

As Naylor was rounding first base, the feisty Guardians slugger, who has a reputation for stirring the pot, began “rocking the baby” as he rounded the bases.

In the clip, it appears Naylor is mouthing, “He’s my little f****** son,” as he’s approaching third base — presumably referring to Cole, who he had just taken deep to right-center.

Cole — who’s allowed at least one home run in 10 consecutive starts, according to the broadcast — spoke about Naylor’s celebration after the game, admitting it was funny.

“Yeah, whatever. It’s cute,” said Cole, a five-time All-Star. “I didn’t see it in the moment. It wouldn’t have bothered in the moment, and it just is kind of funny.”

Cole — who’s in his third season with the Yankees — would get the last laugh … as he led NY to a 4-2 victory over the Guardians at Progressive Field, forcing a Game 5 on Monday.

As the series shifts back to the Bronx for a winner-take-all game, both sides will have extra motivation when they hit the diamond.