‘Grey’s Anatomy’ just dropped another bombshell. Lexie Grey returns to the show and reunites with her sister, Meredith, in this new promo.

Grey’s Anatomy fans, your big wish has been granted. Lexie Grey is back on Grey’s Anatomy! In the new promo for the April 1 episode, Lexie meets up with Meredith on the beach in what is sure to be one of the show’s most emotional moments yet.

Meredith puts her feet in the ocean, and someone hands her a towel. Meredith says “thank you” and turns to her right. The person standing next to her Lexie Grey, her beloved sister. “I like it here,” Meredith tells her sister. Lexie asks, “Are you going to stay?” That’s the million-dollar question.

Lexie became a fan-favorite when she came to Seattle Grace (now Grey Sloan). Chyler Leigh made her first appearance as Dr. Lexie Grey at the end of season 3 and joined the show full-time in season 4. She is Meredith’s half-sister. 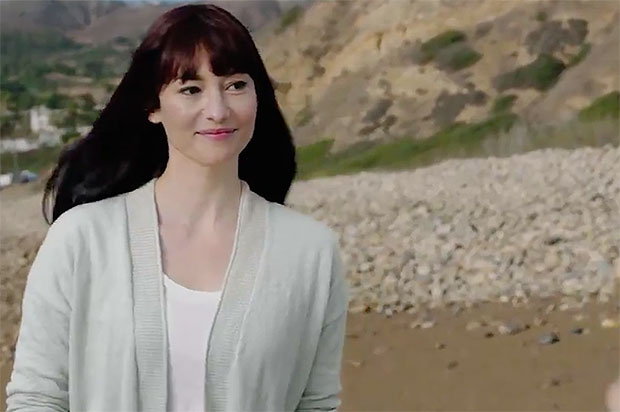 Her character was tragically killed in a plane crash in season 8. Lexie’s death remains one of the most gut-wrenching deaths of Grey’s Anatomy — and we’ve seen a lot of those over the years. Her death was followed by the double gut-punch of Mark’s death at the beginning of season 9. Chyler went on to star on Supergirl, which is currently in the midst of its final season.

Meredith has had many memorable people from her past show up on the beach as she continues to battle COVID-19. Derek was the first to show up on the beach, followed by George and Deluca. Each person has reminisced with Meredith about the past, but they’ve ultimately reminded Meredith of all she has to live for. There’s no doubt Lexie will do the same thing. Given that Lexie is coming back, could Mark Sloan be waiting for Lexie when she leaves the beach at the end of the episode? We all know they’re together in the after-life since they didn’t get their happily ever after in the real world. Grey’s Anatomy season 17 airs Thursdays at 9 p.m. on ABC.