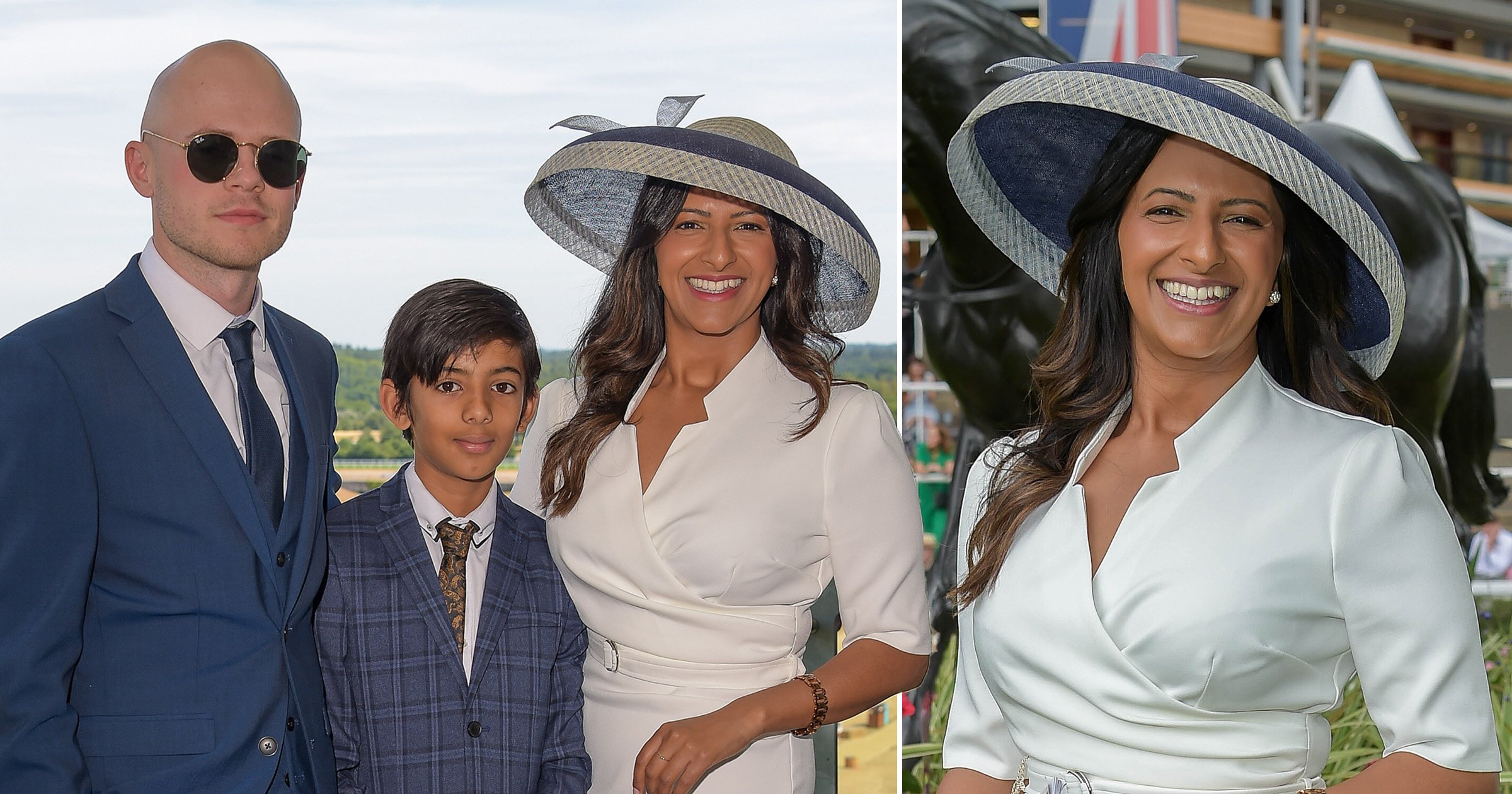 Ranvir Singh has brushed off any scrutiny of the age gap between her and boyfriend Louis Church.

The Good Morning Britain presenter began quietly dating the TV producer in 2020 when she competed on Strictly Come Dancing where he was employed.

They struck up a romance when Ranvir was stuck in isolation with professional dance partner Giovanni Pernice, and Louis – a production secretary – was one of the few faces she was allowed to see outside of training.

Since then, the two have gone public with their relationship and were pictured attending Ascot as a couple with Ranvir’s 10-year-old son Tushaan.

Ranvir hasn’t spoken publicly about their romance until now but has addressed the 18-year age gap, with her 45 years old and Louis aged 27.

‘Is there an age difference?’ she cheekily joked in a new interview.

‘We don’t ever joke about the age difference. Actually, age is no guarantee of someone being wonderful to you. There are complete g**s who are exactly the same age as you.’

Speaking to The Sun, Ranvir explained that a 50-year-old man could have ‘no idea about being a good partner’ and that she was ‘a lot more immature’ than Louis is at 27 when she was his age.

‘There are things that he is better at than I am in terms of just being a good human being. And I’m learning from him. So to me, it’s a complete joy,’ she stated.

The TV presenter also confirmed that Tushaan has given her boyfriend his seal of approval, evidenced in their family outing at Ascot in July.

Ranvir shares Tushaan with ex-husband Ranjeet Singh Dehal, with their split announced shortly before she made her debut on Strictly.

A source revealed her relationship with Louis almost a year after it began in December 2021, and said: ‘Ranvir and Louis have been dating for a few months and are totally in love.

‘She has met his family and went to his aunt’s wedding with him last week. And it’s obvious Louis has taken a real shine to Tushaan.’