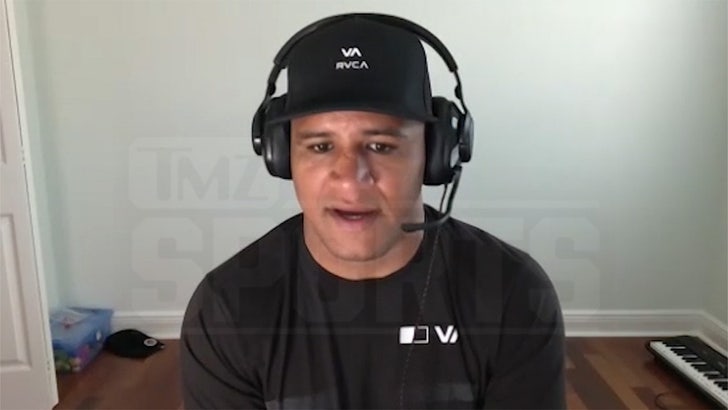 Two months after he went to battle with Khamzat Chimaev, Gilbert Burns is ready to return to the Octagon … and he knows who he wants to face — Jorge Masvidal!

TMZ Sports talked to 35-year-old Burns — who lost a (somewhat controversial) unanimous decision to Borz at UFC 273 on April 9 — and Gilbert says he’s dying to get back in the cage. 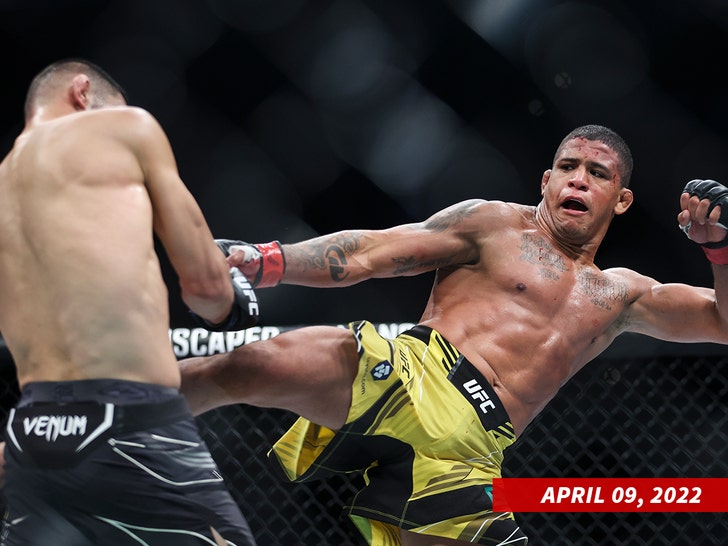 “I think Jorge Masvidal, he’s a big name, he’s the name that I’m looking forward to and I think we’ll put on a show. UFC is interested, he’s interested, I am. I think he got a little injury so we wait for him to get a little bit more recovery and we’ll move forward.”

In fact, when Durinho recently Tweeted a photo of Masvidal, Jorge responded with “Sounds good to me. Let’s see.”

We asked Burns how the fight with Gamebred — who’s on a three-fight losing streak would look … and let’s just say he’s pretty confident he’ll get the win.

“I like that feeling that I had in the last fight like man, the guy’s tough, the guy’s coming to finish, the guy has all the hype and I think Masvidal kind of gonna bring a little bit of the same,” GB says, adding, “That’s the fight that I want, you know, a guy that I know is a BMF guy, coming hungry.”

Masvidal is coming off three consecutive losses — albeit against the top two ranked fighters in the division.

Despite the recent losses, JM has some great wins. He’s beaten Nate Diaz, Ben Askren, and Darren Till, amongst many more.

Get this … Burns, a jiujitsu black belt, says he’s willing to agree to no takedowns in the fight … so, strictly stand up, which is Masvidal’s strength.

In closing, we asked Gilbert if he had a message for Jorge.

“Florida makes a lot of sense. I live here, he lives here. I do believe we can sell out any arena here and it’s gonna be a show bro. I signed the dotted line. No takedowns. We gonna go to war.”

“I respect you so much. I think you’re one of the BMF’s. You’re a legend, over 50 fights, but brother, I have bad intentions. I respect you but I still wanna beat the s*** out of you!”