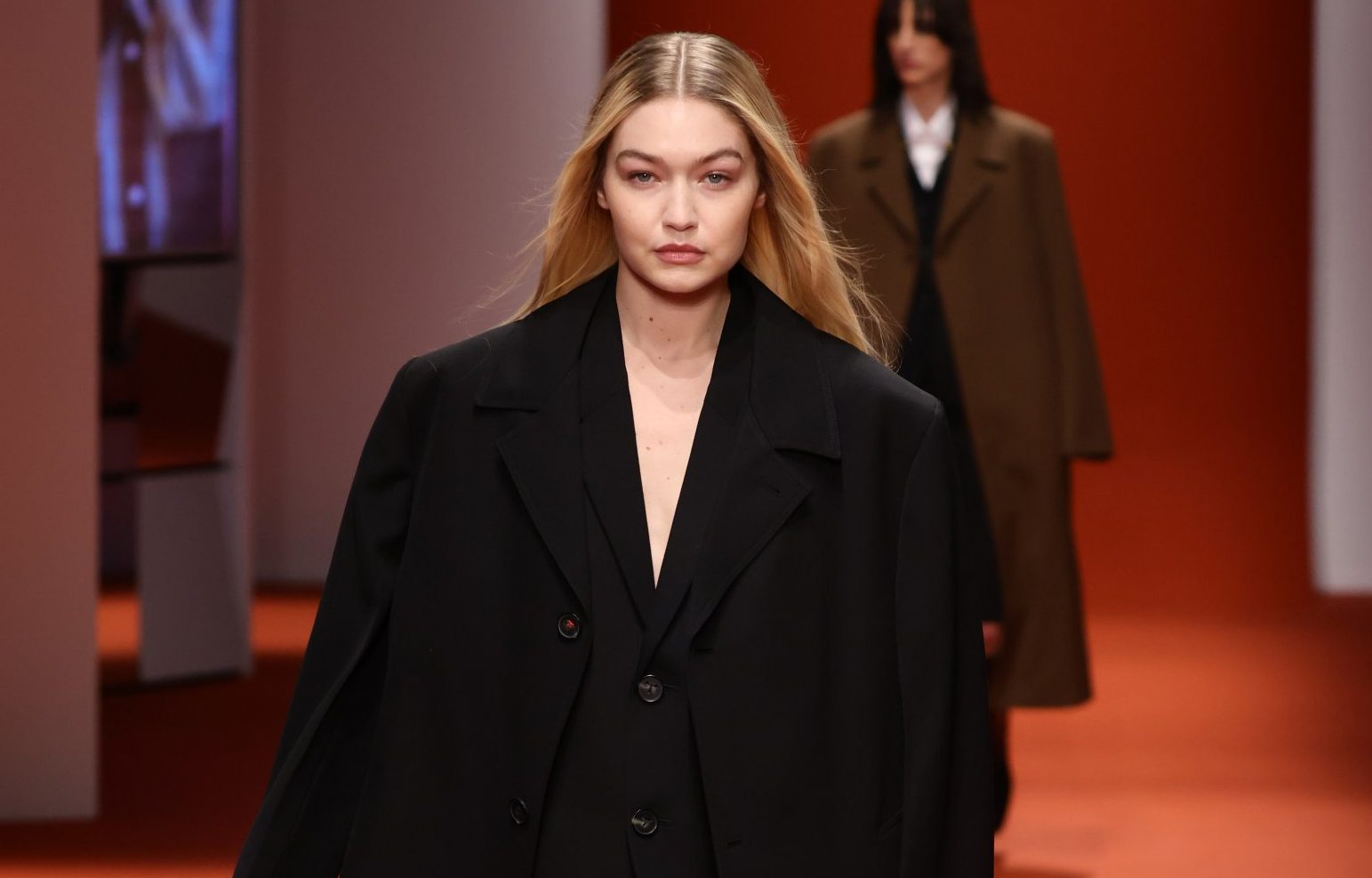 Gigi Hadid has announced that she will be donating her fashion week earnings towards relief efforts in Ukraine, following Russian strikes.

The supermodel has hit the runways for some of the biggest designers in the last few weeks in New York, Paris, London and Milan, including Off-White, Michael Kors, Vivienne Westwood.

Taking to Instagram, the 26-year-old explained that the earnings from the shows will go to those in need – following fellow model Mica Arganaraz’s lead.

‘Having a set Fashion Month schedule has meant that my colleagues and I often present new fashion collections during heartbreaking and traumatic times in history,’ she wrote alongside pictures from her recent catwalk appearances.

‘We don’t have control over most of our work schedules, but we would like to walk “for” something.

‘Following in the footsteps of my friend @micarganaraz, I am pledging to donate my earnings from the Fall 2022 shows to aid those suffering from the war in Ukraine, as well as continuing to support those experiencing the same in Palestine.

‘Our eyes and hearts must be open to all human injustice. May we all see each other as brothers and sisters, beyond politics, beyond race, beyond religion.’

The mom-of-one concluded the post: ‘At the the end of the day, innocent lives pay for war – not leaders.

It is estimated that more than one million refugees fled Ukraine in a bid to find safety after Russian President Vladimir Putin declared war last month.

Many celebrities have shared their support on social media amid the attacks, with Blake Lively and Ryan Reynolds announcing that they are planning to match up to $1million (£745k) in donations to the United Nations Refugee Agency.

’In 48 hours, countless Ukrainians were forced to flee their homes to neighboring countries,’ the Deadpool actor penned on Twitter.

Gossip Girl actress Blake added: ‘@VancityReynolds & I are doubling every $donated to @UNRefugeeAgency up to $1,000,000 click below if you can join us @UNRefugeeAgency is on the ground providing lifesaving aid, & working with neighboring countries to ensure protection for the 50,000+ who were just forced to flee.’

While Bethenny Frankel confirmed that she has raised $25million (£18.9m) for relief since the first Russian strikes.

The Real Housewives of New York veteran has been fundraising to help those in need through her BStrong foundation, and announced that $15million (£11m) had been allocated for aid in the country.

Another $10million (£7.5m) has also been used to help relocate refugees.