‘Candy is dandy, but liquor is quicker’ comic actor Gene Wilder dies at 83

Today marks six years since Gene Wilders’ death in 2016 after a long battle with Alzheimer’s Disease. The comedic actor was a prominent figure in late 20th century cinema and became one half of an iconic Hollywood couple with Gilda Radner, staying by her side as she suffered one tragic diagnosis after another.

The comedic actor was a prominent figure in late 20th century cinema and became one half of an iconic Hollywood couple with Gilda Radner, staying by her side as she suffered one tragic diagnosis after another.

Known as the two funniest actors of 20th century Hollywood, fans were delighted when Radner and Wilder announced their relationship.

The Saturday Night Live actress admitted her “heart fluttered” when she first met Wilder on the set of Hanky Panky in 1981.

In her 1989 memoir It’s Always Something, Radner tenderly recalled: “It felt like my life went from black and white to Technicolor.”

At the time, Radner was still married to her first husband G.E. Smith but Wilder had been mostly single since divorcing his second wife Mary Schutz in 1974.

The Willy Wonka actor reportedly avoided Radner’s earliest advances out of respect for her husband, and she began to confide in him about her unhappy marriage. 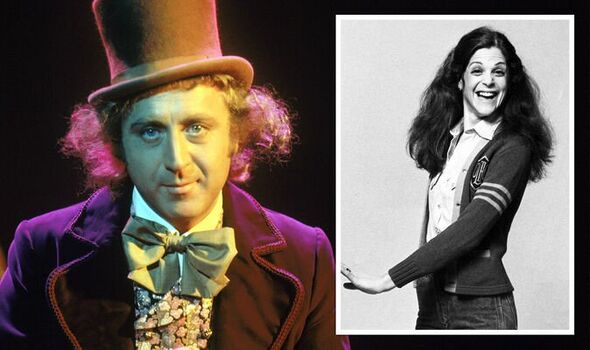 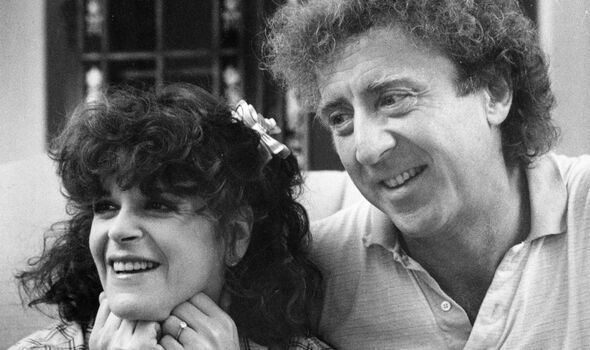 Wilder became a counsellor for Radner as he was twice-divorced and had plenty of advice to depart on the actress who was 13 years his junior.

During the filming of Hanky Panky the pair remained friends, but when Radner officially divorced her husband in 1982 they instantly reconnected and became inseparable.

The New York Times noted later that year: “All of Mr Wilder’s future plans appear to include Miss Radner.”

In 1984 they got married in the French Riviera and fans could not picture a more idyllic celebrity couple.

A friend described the couple as “constant honeymooners” five years after their wedding but no one knew the troubles that awaited.

Radner and Wilder attempted to have children in the late Eighties, in between their thriving careers, but it became a futile endeavour. 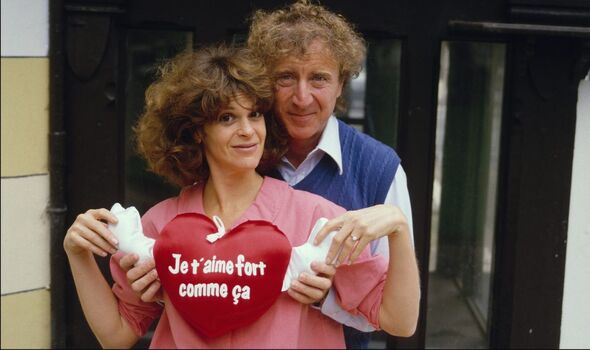 The Haunted Honeymoon actress suffered two miscarriages and IVF also proved to be pointless as the star was told she was infertile.

Although the doctors explained she would not be able to have children, they had not expressly diagnosed her with anything life-threatening.

Around the same time, the actress began feeling off, struggling to stay awake during work and social engagements and often felt faint.

As her symptoms worsened she was diagnosed with Epstein-Barr virus, a common illness that causes fatigue.

While it seemed this was the end of her troubles, Radner’s legs started shaking uncontrollably, with severe fevers and bloating plaguing the actress around her menstrual cycle.

Wilder shared with People in 1989 a devastating event which pinpointed just how severe his wife’s condition was getting.

He wrote: “In June we went to Paris, and I took her to my favourite bistro. After we ate, she started feeling uncomfortable, and the discomfort grew when we went outside walking on the street.

“She said she had cramps, pains in her tummy, terrible bloating. She lay down and doubled over on the curb while I hollered for a taxi to go back to the hotel.”

Doctors believed the symptoms were partly connected to her depression as they could not find anything wrong with her stomach.

In her memoir, Radner declared: “Now I had Epstein-Barr virus and mittelschmerz. Fitting diseases for the Queen of Neurosis.”

Mittelschmerz is also known as ovulation pain, and while it was an incorrect diagnosis for the ill actress, doctors were, at last, looking in the right area.

In 1986, Radner was diagnosed with stage four ovarian cancer and was told she had a tumour the size of a grapefruit. 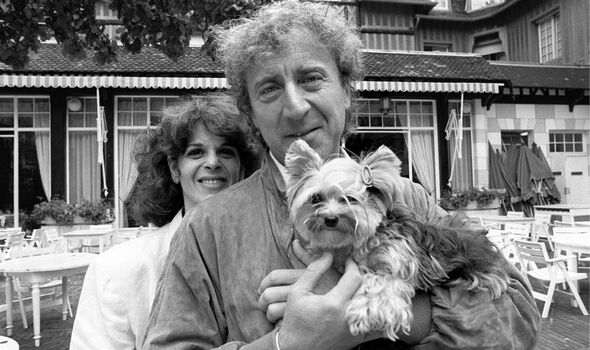 Physicians immediately enrolled the actress in chemotherapy but her treatments were often bombarded by reporters looking for information on her condition and to speak to her husband.

Eventually the couple used pseudonyms, Lorna and Stanley Blake, to avoid the press and nurtured their adorable relationship throughout the treatment.

Wilder was reportedly told soon after Radner’s diagnosis that she only had a small chance of surviving, but he never shared the news with his beloved.

In May 1989 Radner was taken to a CAT scan and fought the sedation as she was terrified she would not wake up again.

Wilder assured her she would be okay and that he would be waiting for her after the scan, but she was tragically correct in her fears and didn’t wake up again before dying three days later at the age of 42.

The heartbroken actor recalled seeing his wife for the last time: “She looked like an angel. So peaceful. She was still alive, and as she lay there, I kissed her. But then her breathing became irregular, and there were long gaps and little gasps. Two hours after I arrived, Gilda was gone. While she was conscious, I never said goodbye.”