Gemma Atkinson, 35, revealed she was experiencing chronic back pain after spending extended hours of time sitting down while filming Steph’s Packed Lunch with colleague Steph McGovern. The TV presenter explained that travelling to Leeds and sitting down while filming the talk show had caused her back to become “really tight” and she is now incorporating more glute exercises in her home gym to help aid recovery.

I try and stand up

Gemma filmed herself in the midst of an early morning workout as she told her 1.5 million Instagram followers: “Morning, so I’ve made a point recently of training glutes more so, not even training, activating my glutes more so than usual, because twice a week obviously I’m doing Steph’s Packed Lunch.

“So driving to Leeds in the car, I’m sat down in the studio, on my little bench, for two hours, drive to Manchester, sat down again, I’m in the radio station, sat down, four hours.

“I try and stand up as much as I can, my lower back is really tight,” she added.

The actress captioned the story, explaining her hip flexors were “tight” from sitting down often and this, in turn, caused her “heaps of pain”. 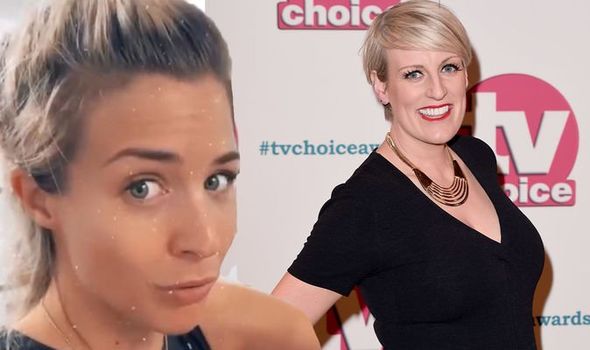 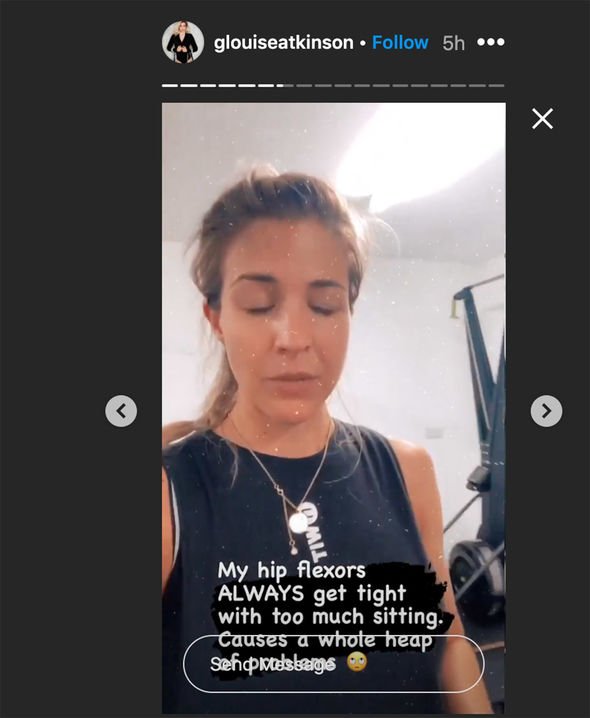 “It’s because my hip flexors are bad, from being sat all the time, so, I’ve got physio this afternoon, and I’m activating my glutes, much as possible, so I’m going to post on my grid what I did today.”

It comes as Gemma recently showed off her stained “autumnal” jumper to the camera after accidentally spilling her morning caffeine fix while on the way to the Leeds Channel 4 studio.

The star expressed panic over the unfortunate incident, as she only had brought “one outfit to wear” on the programme. 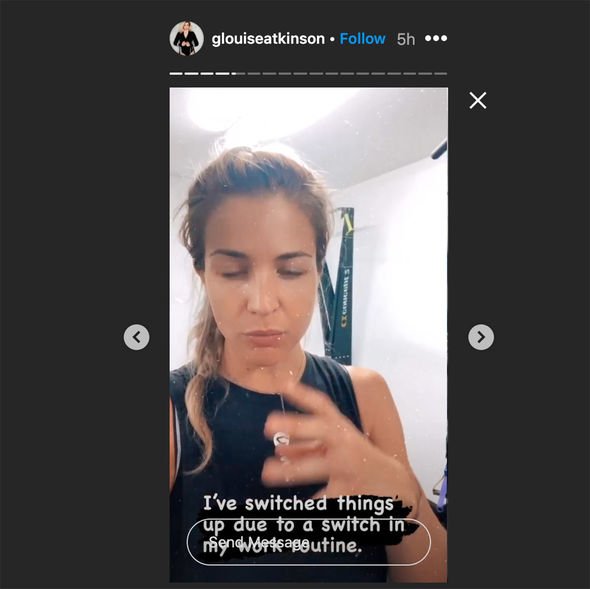 15 months. No pressure, no silly diets or quick fixes, no guilt about not doing it sooner and no killing myself in the gym or depriving myself of foods I enjoy. I made a promise to myself that I would strive to be the strongest I can be both mentally & physically for Mia, and there’s no better feeling when you get there. Parent life is tough, but so are you! ❤️

The actress lowered her camera to show her thick-ribbed cream jumper splashed with large dots of coffee.

She added: “Spilt me coffee on me outfit.” (sic)

Zooming in on the coffee dots that had splattered across her top, the actress exclaimed: “It actually looks like a sad face.”

Hilariously, Gemma pretended that the “face” on her jumper could talk, as she continued: “Ey b*tch why you going to spill me on your jumper, it serves you right having too many coffees!”

Once the star made it into the studio, thankfully she was saved after discovering a spare T-shirt in her wardrobe from a previous taping.

Gemma explained: “This was in my dressing room from yesterday, so it smells, but it don’t matter, you can’t smell through the TV.

“It’s creased, and there’s no iron, but again, it don’t matter, it’s not got coffee on it!”

It comes as husband Gorka films for Strictly Come Dancing away from his family and the actress admitted he is “missing Mia so badly”.

“I feel bad now for him that he’s having to be away. He’s missing Mia so badly,” she said.