Gabrielle Union wore nothing but a pair of underwear as she danced in the window of a New York City apartment, and opened up about being ‘vulnerable’.

Gabrielle Union, 48, served “dancing cricket vibes” in a funny new Instagram video. The actress, who is releasing a new book titled You Got Anything Stronger?, shared the clip on September 19, which showed her dancing in the window of a New York City apartment wearing nothing but a pair of black underwear. “Giving strong dancing cricket vibes,” she wrote in her caption. “But when folks ask what it feels like to be so publicly vulnerable… This right here.”

She continued, “Seriously though, if you have ever felt like you might literally die from humiliation, being vulnerable can be a challenge but lemme tell youuuuuuu, it’s actually FREEDOM. Peace & joy can live side by side with vulnerability.” The post came a few days after Gabby revealed her soul was “shattered” when she learned her husband Dwyane Wade, 39, fathered a child with another woman.

“The experience of Dwyane having a baby so easily—while I was unable to—left my soul not just broken into pieces, but shattered into fine dust scattering in the wind,” she wrote in an excerpt from her book, which was shared by Time magazine on Sept. 10. The pregnancy news completely shattered the Bring it On actress as she was undergoing IVF treatments at the time. 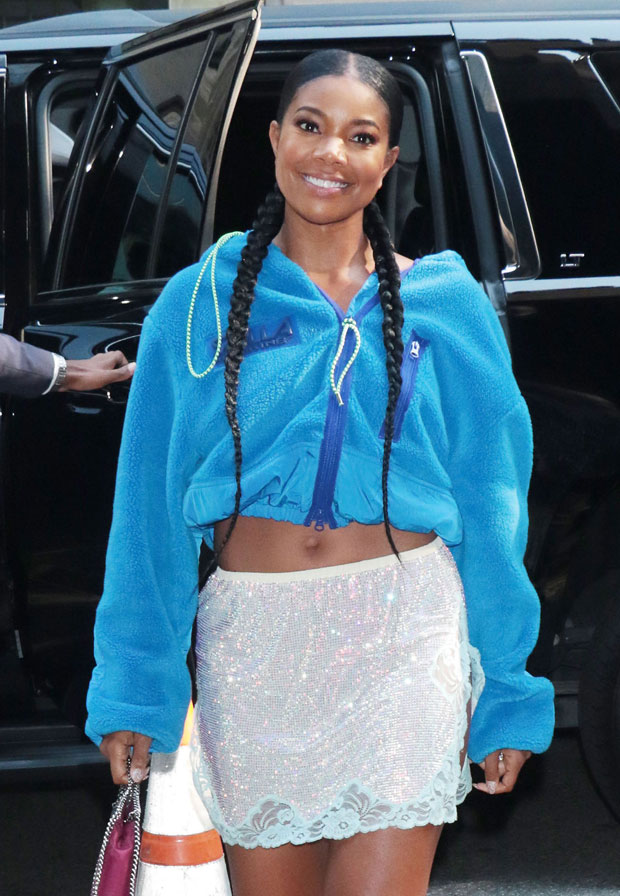 “To say I was devastated is to pick a word on a low shelf for convenience,” the author wrote. “There are people—strangers I will never meet—who have been upset that I have not previously talked about that trauma. I have not had words, and even after untold amounts of therapy I am not sure I have them now.”