‘It’s inspiring to see a woman push back and say ‘no’ on and off camera’: Florence Pugh makes subtle dig while on red carpet for Don’t Worry Darling -amid ‘feud’ with director Olivia Wilde

Florence Pugh said that it is ‘inspiring’ to ‘see a woman push back and say ‘no’, on and off camera’ as she made a subtle dig on Monday amid her feud with Olivia Wilde.

The actress, 26, made the comment while appearing on the red carpet at the Venice Film Festival premiere of her new film Don’t Worry Darling.

It comes after reported tension with the film’s director Olivia, 38, with the film being plagued by rumours of behind-the-scenes drama. 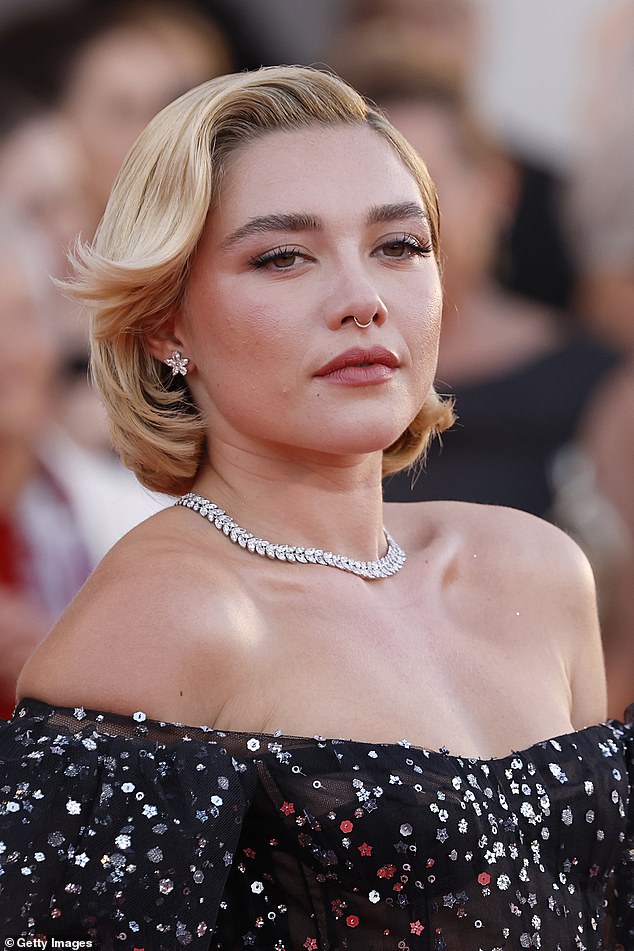 Awkward: Florence Pugh said that it is ‘inspiring’ to ‘see a woman push back and say ‘no’, on and off camera’ as she made a subtle dig on Monday amid her feud with Olivia Wilde

While appearing on the red carpet on Monday evening, Florence was asked by an Italian journalist about what she found ‘inspiring’ in the film.

Asked when she ‘says ‘no’ off camera, Pugh jokingly responded: ‘When do I say ‘no’? When someone says I can’t have cake.’ 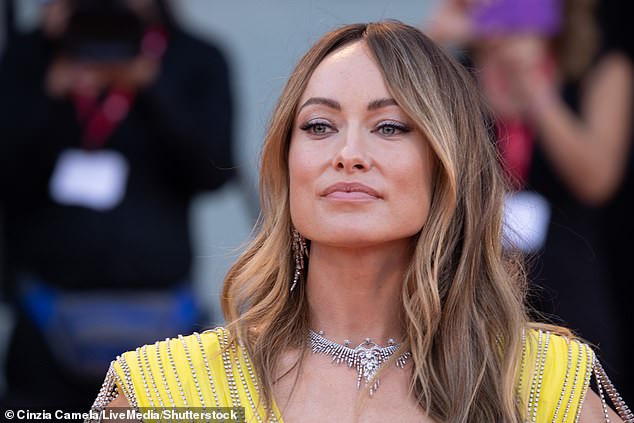 Difficult: It comes amid reported tension with the film’s director Olivia, 38, (pictured) with the film being plagued by rumours of behind-the-scenes drama

A report from Page Six in late July claimed that Pugh was upset that Wilde was hooking up with Styles during the production of Don’t Worry Darling — while still married to Jason Sudeikis — before they split in November.

The rumours intensified after Olivia suggested Florence should have a ‘wake-up call’ in a leaked video this month.

The video was leaked after Shia LaBeouf refuted Wilde’s claim that he had been fired from the project, and in the footage Wilde can be heard encouraging LaBeouf to stay signed on to the film, rather than leave it, while also hinting at some apparent tension with Pugh, 26.

Movie: The actress, 26, made the comment while appearing on the red carpet at the Venice Film Festival premiere of her new film Don’t Worry Darling in which she stars with Harry Styles 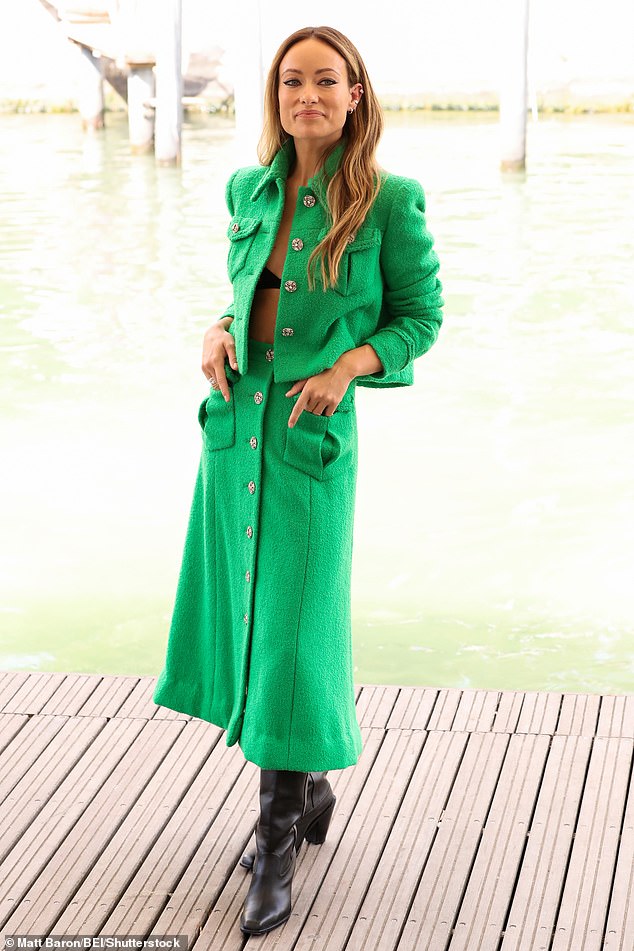 Feud: Florence was missing from the press conference for Don’t Worry Darling in Venice on Monday amid rumours of her feud with director Olivia

Wilde gave an interview to Variety where she said Shia LaBeouf’s process was ‘not conducive to the ethos that I demand in my productions’ after the role was ultimately recast with her now-boyfriend Harry.

In response, LaBeouf supplied alleged evidence to refute Wilde’s claims, including an email he sent to the director and a video that she allegedly sent to him, proving he walked away from the film rather than being fired.

LaBeouf claims he ‘quit the film due to lack of rehearsal time’ on August 17th in 2020, and forwarded Variety two emails that he claims he recently sent to Wilde.

Some studio sources have claimed to the publication that LaBeouf had been fired, while another said his departure was down to a ‘collective recognition that LaBeouf’s style of acting wasn’t a good fit for Wilde’s approach as a director.’ 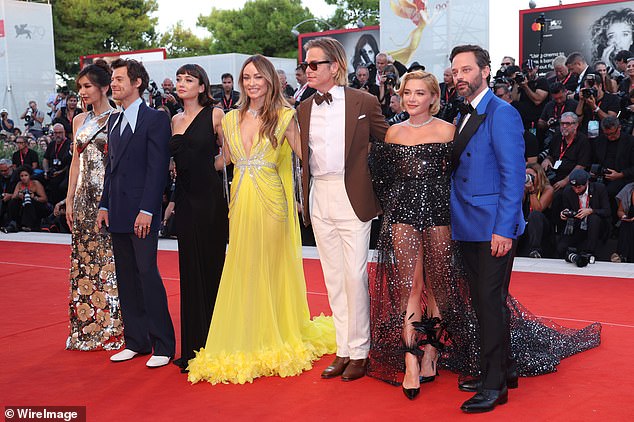 However LaBeouf has sent Variety purported screenshots of his conversations with Wilde, which claim they met in person to discuss his exit from the project.

Wilde allegedly texted the actor: ‘Thanks for letting me in on your thought process. I know that isn’t fun. Doesn’t feel good to say no to someone, and I respect your honesty.

‘I’m honored you were willing to go there with me, for me to tell a story with you. I’m gutted because it could have been something special. I want to make clear how much it means to me that you trust me. That’s a gift I’ll take with me.’

LaBeouf then claims to the trade outlet that he ‘officially’ quit the film the following day after their conversation in August 2020. 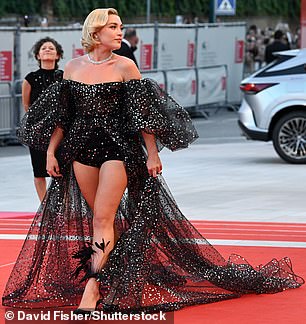 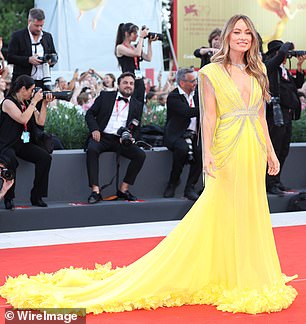 Anticipated: The long awaited premiere of their movie Don’t Worry Darling took place at the Venice Film Festival on Monday night, with Florence in attendance

As well as texts, LaBeouf provided Variety with a video that Wilde allegedly sent him on August 19th 2020, two days after he is said to have quit.

In the video Wilde is heard saying she is ‘not ready to give up on this yet,’ as she appears to beg the actor to reconsider. Wilde is then said to allude to tension between LaBeouf and lead star Florence, who plays Alice, the wife of Jack.

‘I feel like I’m not ready to give up on this yet, and I too am heartbroken and I want to figure this out,’ Wilde allegedly says in the video.

‘You know, I think this might be a bit of a wake-up call for Miss Flo [Florence Pugh], and I want to know if you’re open to giving this a shot with me, with us.’

Don’t Worry Darling is set in the 1950s, following a housewife (Pugh) whose husband (Styles) moves them into a utopian community for his new company.

She starts worrying that her husband and his company are hiding terrible secrets as her life is turned upside down. 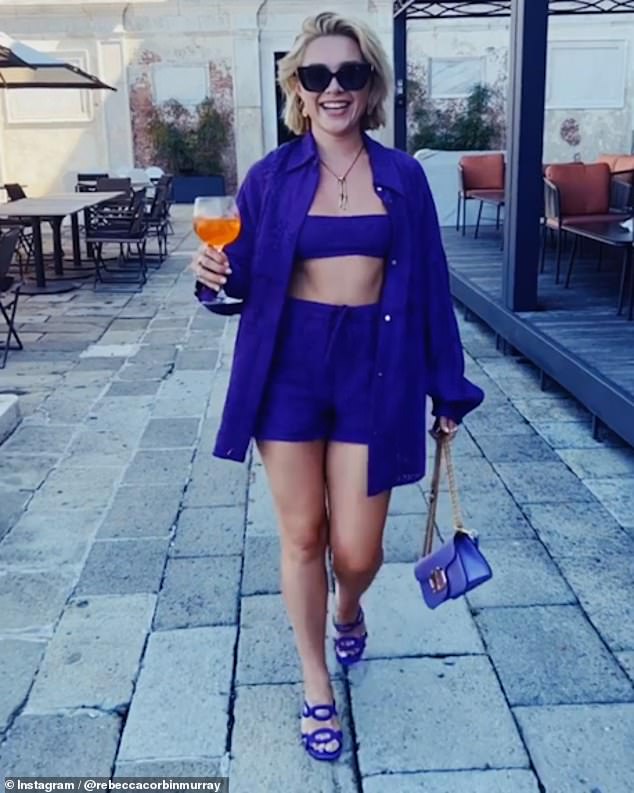 Iconic: Florence delighted fans with her ‘iconic behaviour,’ amid rumours of a bitter feud with her director Olivia which saw her skipping the Monday press conference for her new film