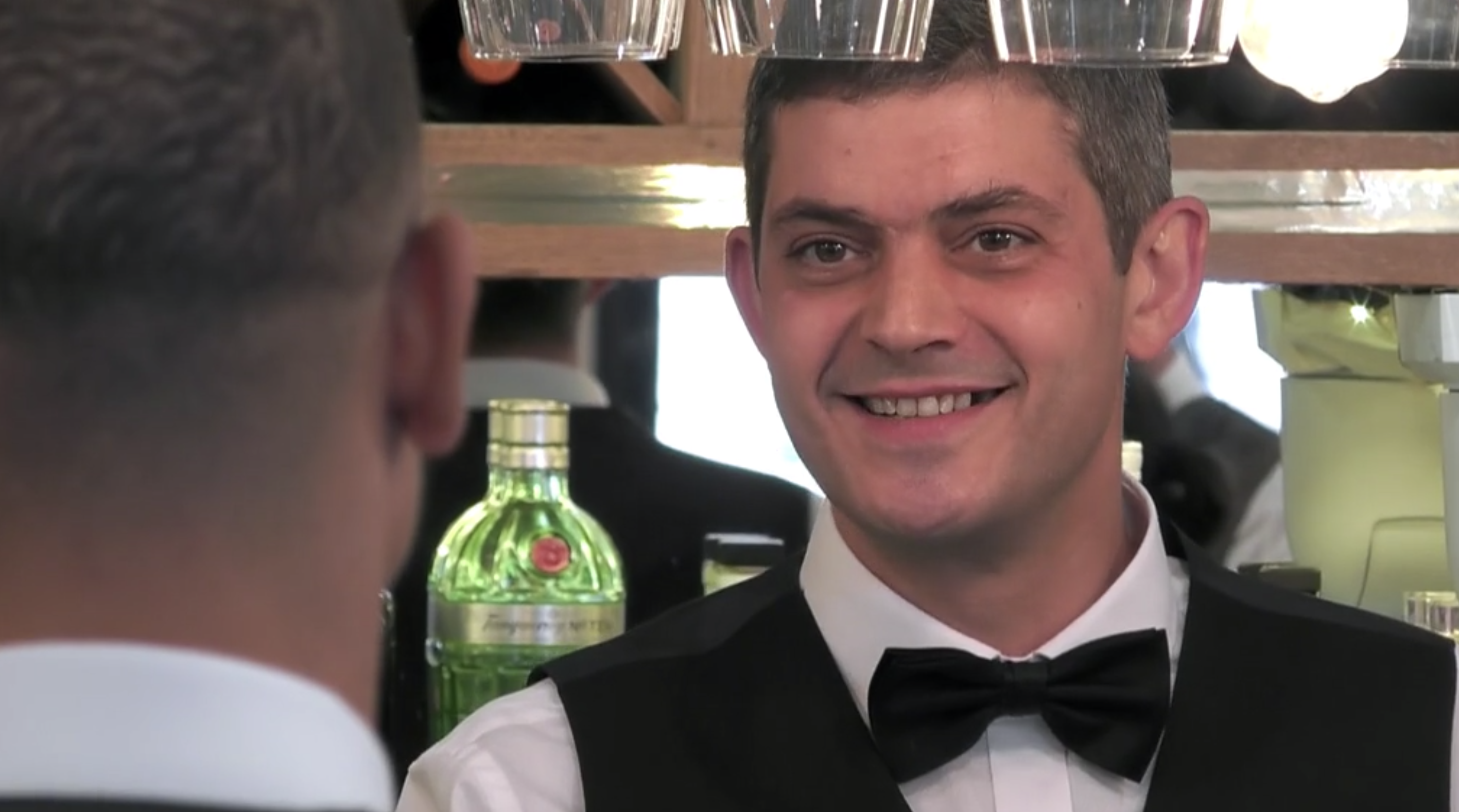 First Dates star Merlin Griffiths revealed the devastating moment that he was diagnosed with bowel cancer.

The barman, who famously appears in the Channel 4 dating show, is set to undergo treatment after doctors gave him the news.

The 46-year-old explained that he first began suffering from stomach pains in June of this year.

He initially put it down to an old injury from an accident he had years ago, but went to get himself checked out by professionals.

According to the Mirror, scans and X-rays did not reveal anything at the time, but he went to A&E when the pain became too much – and was referred for an urgent sigmoidoscopy.

It was there that doctors found a stage three tumour – that measured 4.5cm in length – and gave him the news.

They are thought to have given him a 75% chance of living for more than five years.

Merlin, who stars on the dating show beside Fred Sirieix, is making sure that he has kept his sense of humour despite the health battles.

‘I’m keeping that positive outlook, but I’ve a morbid sense of humour. I tell people, “I have colorectal cancer… it’s a real pain in the a**e,’ he joked to the publication.

Speaking of the moment he had to tell his daughter Alix, seven, about the condition, he continued: ‘I said, “Dad’s got cancer”. She said, “Is that bad, Dad?”

‘I said, “Yes, it’s very serious but I think it should be okay. Modern medicine’s great and if anything changes I’ll let you know.”

‘She understands that people can die but I told her cancer comes in different varieties and in different ways too – and that many people come through it.’

Merlin, who shares daughter Alix with wife Lucille, has been a bartender for more than two decades, with the pair running the Priory Tavern together in Kilburn, north west London.

He has shown off his drink-making skills on the small screen in First Dates, and is usually spotted giving singletons a word of advice – or a much-needed cocktail – before their date.