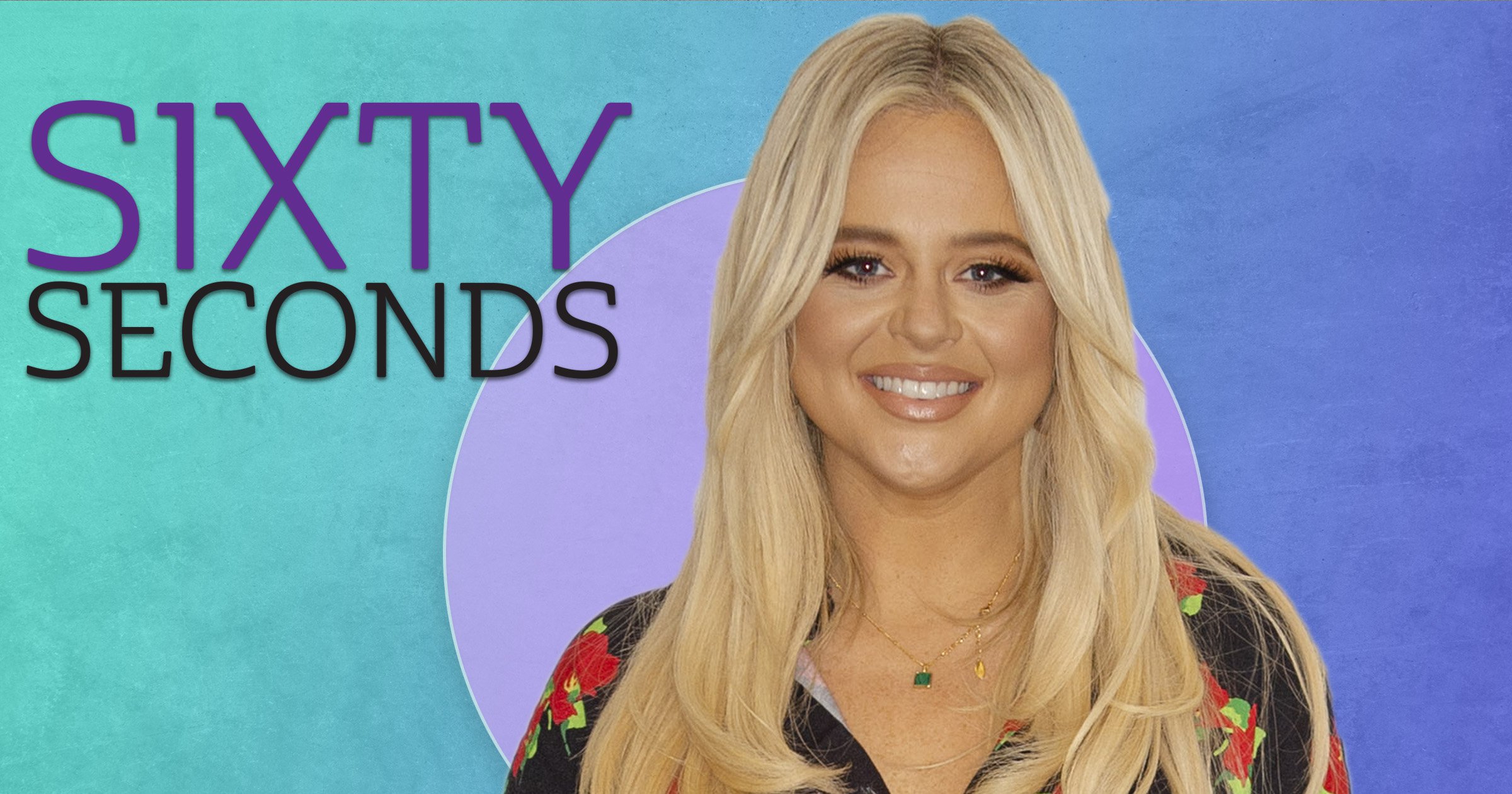 Comedian and actress Emily Atack, 31, on refusing to be embarrassed, why Gemma Collins is a genius and why fake-tan girls need comedy too.

The Emily Atack Show is back after being the most successful female-led comedy show of 2020. Did you think it was going to do so well?

I had such a naive approach. I felt like I’d been given this amazing thing and I couldn’t believe it was happening. I was like, ‘Oh my God, I’ve got my own show!’

This time around I’ve turned into a perfectionist and I’ve had quite a different approach. I thought, ‘I’ve got a second chance to do this and I want to smash it out of the park.’ I’m mixing stand-up and sketches so it’s a great chance to show off and act like a knob on stage.

It’s so much about dating and going out. Did lockdown dampen the material?

When we were writing the first series I didn’t want any Covid references at all and we’ve done the same again. Before, it was all about reminding people that life will happen again and now it’s celebrating that we’re back.

But I don’t think it restricted my writing. I’ve got enough embarrassing stories to last a lifetime.

Do you get embarrassed revealing so much about sex?

Having a woman talking about sex is a very taboo thing we need to break down but people still find that quite jarring. But I know what I want to talk about and I just have to be brave.

Is there any such thing as too naughty for the show?

So many things! I have to stop myself sometimes and think, ‘Don’t think my parents will be too happy with that…’ I overshare way too much and I forget that I’m on television.

Even when I’m on Lorraine I say too much. I’m very comfortable talking about my life and my feelings, and have always been very open with my friends and family — I guess now I just do that with the nation.

I’ve had to be a bit careful because certain things I said in the first series I’m not sure I could put my parents through a second time round.

You recently revealed you’ve been trolled more online since you became single. Have you considered coming off social media?

Taking myself off social media is like forcing myself to not leave the house, and I shouldn’t have to remove myself from social media the way it’s intended to be used, as it is a huge part of my job.

As a young woman doing stand-up, is there pressure to be a certain kind of comedian?

I think so. The world of comedy is getting better but women still get a lot more heat. I’m stood up there with my blonde hair extensions and short dresses.

But I have a voice and I’m not afraid to use it.

You also do impressions — I love your Gemma Collins. Who’s your favourite celeb to impersonate?

It’s got to be the GC! She’s such a huge person in our industry and a great influence on young girls. I find her fascinating. She’s hilarious, a self-confessed diva and actually, I think, a bit of a genius. People in our generation will always remember her.

Your mum’s an impressionist too. Did you get the gift from her?

It was something I did naturally. I started doing impressions of my teachers and my friends’ parents, and it went from there. I don’t always think it sounds like the person — you just have to embody them.

You posted some pictures on Instagram in school uniform… is your Inbetweeners character Charlotte coming back?

Whenever I’m dressed as a schoolgirl people are reminded of her. It’s for a really fun sketch, actually — it’s all about when mean girls used to write nasty things about each other in the toilets. So I had an idea that all of the horrible things they write happen to them.

Are you still in touch with the Inbetweeners boys?

I’m sure if we all bumped into each other it would be lovely. They’re all married [apart from Joe Thomas] with kids now and I’m the child who hasn’t caught up with all that yet. I’ve got hugely fond memories of that show and it’s great to see them happy and doing well.

There’s not a day goes by when I don’t think about it. It’s the biggest thing I ever did in my life in terms of what it did for my mental health and self-belief.

Everything that’s happening in my life is because of the jungle and people getting to understand me. It took me out of the negative mindset I was in — about myself, about my career — and gave me a whole new lease of life.

Now you’re off on tour. What’s your favourite thing about performing in front of a live audience?

My lovely fans. I wanted to create comedy for girls who watch Love Island and love fake tan and boys, who aren’t bookish and don’t know anything about politics, because that’s just like me. It was important for me to say, ‘You girls deserve to have comedy too.’ I’m doing it for them.