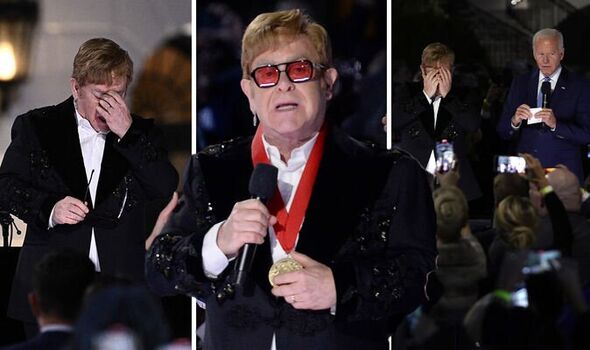 Elton John was an emotional wreck after Joe Biden took to the stage to present the musician with a humanitarian award.

Elton John, 75, burst into tears at a White House event when President Joe Biden, 79, interrupted his performance to give him a prestigious award.

The Your Song hitmaker was presented with a humanitarian award recognising his career and advocacy work to end HIV and Aids.

The National Humanities Medal recognised his years-long efforts to end HIV and AIDS through the Elton John AIDS Foundation, which he launched in 1992.

The organisation has sinced raised more than $600m (£553m) to fund efforts to combat the AIDS pandemic in four continents.

“It will make me double my efforts to make sure this disease goes away.” 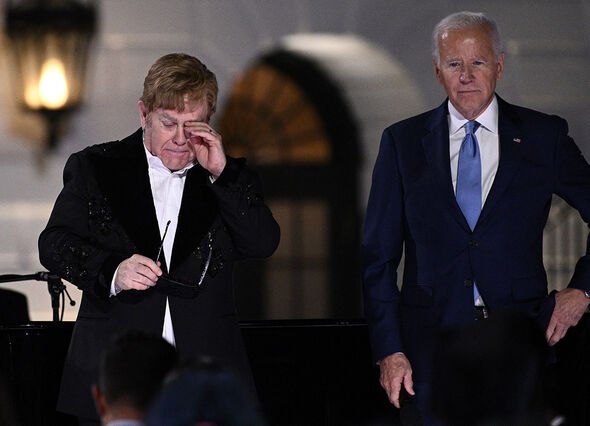 Elton John was invited to the White House to perform at the A Night When Hope and History Rhyme event. It included an audience of roughly 2000 “everyday history-makers”, including teachers, nurses and representatives from LGBTadvocacy groups, among others. 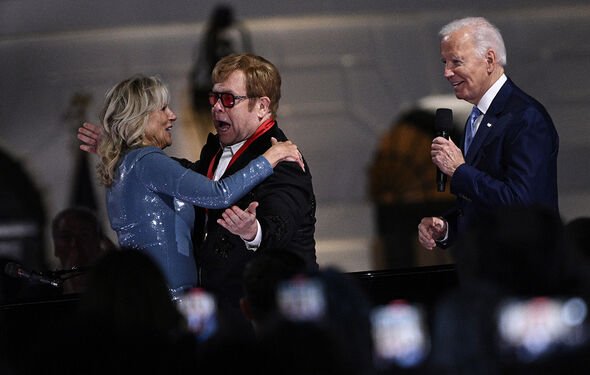 Elton John’s award recognised his career “moving our souls with his powerful voice in one of the defining song books of all time”.

Elton John’s award also called him an “enduring icon and advocate with absolute courage who found purpose to challenge convention, shatter stigma and advance the simple truth, that everyone deserves to be treated with dignity and respect”. 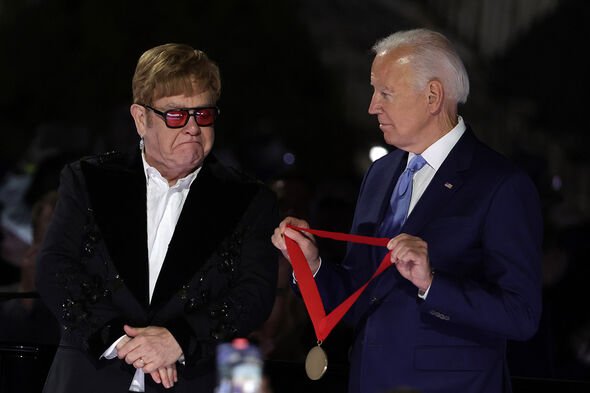 A tearful Elton John said: “I’m flabbergasted. I will treasure this. I don’t know how to take a compliment very well. But it’s wonderful; to be here amongst so many people who have helped my AIDS foundation and my heroes, the ones that work day to day on the frontline.” 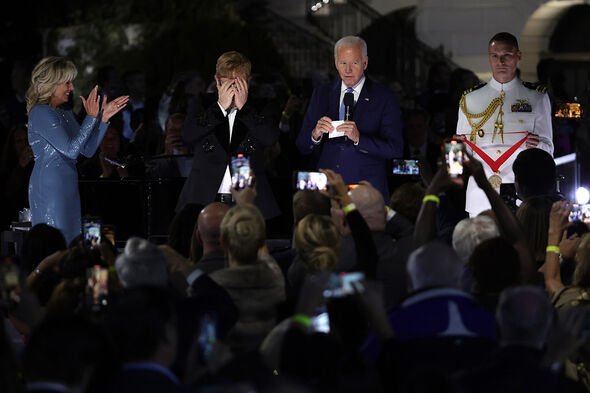 Elton John gave a shout-out to George W Bush for his administration’s plan to tackle aids, while the former First Lady, Laura Bush was in the audience. 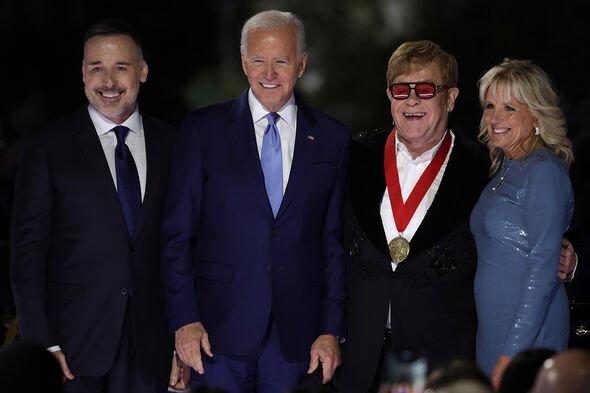 Elton John was tearful when he received the award

Elton John exclaimed in tears: “I’m never flabbergasted, but I’m flabbergasted, and humbled, and honoured. It will make me double my efforts to make sure this disease goes away.”