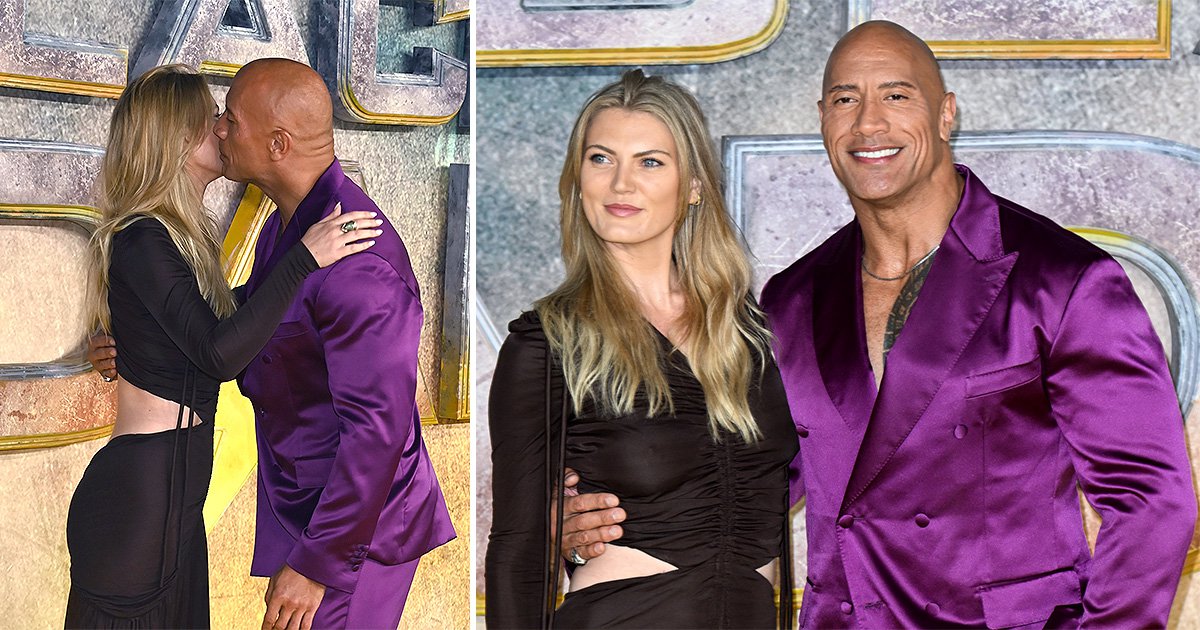 Dwayne Johnson appeared to bump into a familiar face at the Black Adam premiere after he was seen greeting Daniel Craig’s daughter Ella Loudon.

The Rock was in London town on Tuesday night for the star-studded premiere of his new DC Comics’ blockbuster at Leicester Square.

Rocking – excuse the pun – a purple satin suit and no shirt, Dwayne posed on the red carpet at Leicester Square alongside his co-stars Noah Centineo, Pierce Brosnan and Sarah Shahi.

However, there was another red carpet guest who Dwayne was particularly pleased to see – James Bond actor Daniel’s eldest child Ella.

The 30-year-old actress attended the event solo but bumped into Dwayne, 50, before sharing a warm kiss on the cheek and hug, clearly acquainted with each other before. It doesn’t appear as though Ella has a role in Black Adam but she’s no doubt crossed paths with Dwayne in Hollywood circles in the past.

Ella’s had a busy week as, just days before, she supported her dad Daniel, 54, at the BFI London Film Festival premiere for his new movie Glass Onion: A Knives Out Mystery.

Sharing photos from the big night, leading with a shot of her with the former 007 star, Ella wrote in an Instagram post: ‘Go see Knives Out Glass Onion. You will fucking pee yourself laughing!

Also I had the great pleasure of meeting some beautiful people but to meet @malala was truly special.’

Ella is Daniel’s first child from his former marriage to Fiona Loudon. He also shares a four-year-old daughter with second wife Rachel Weisz, who he married in 2011.

Meanwhile, Dwayne explained why he jumped at the chance to play the lead character in Black Adam, having grown up reading the comics long before he started acting or became a professional wrestler.

Speaking to Metro.co.uk, he said: ‘I was always a DC kid. I gravitated towards Black Adam because he was one of the very few of the superheroes, supervillains, antiheroes – however you want to categorise him – who had brown skin and looked like me. Plus, he was always a badass!’

Black Adam is in cinemas from October 21.