Guy Fieri, the host of the hit Food Network show, Diners, Drive-Ins, and Dives, is a popular chef for a lot of reasons. Not only is he an eccentric guy who just loves food, but he also has a lot of other fun and unique hobbies, too. One of those hobbies is pretty obvious in his show, and it’s the fact that Fieri seems to really love classic American muscle cars.

Guy Fieri loves cars in general, but, just like the food and restaurants that he visits in the show, he simply loves Americana. That said, there are many interesting facts about Fieri’s classic Camaro that he drives on the show. 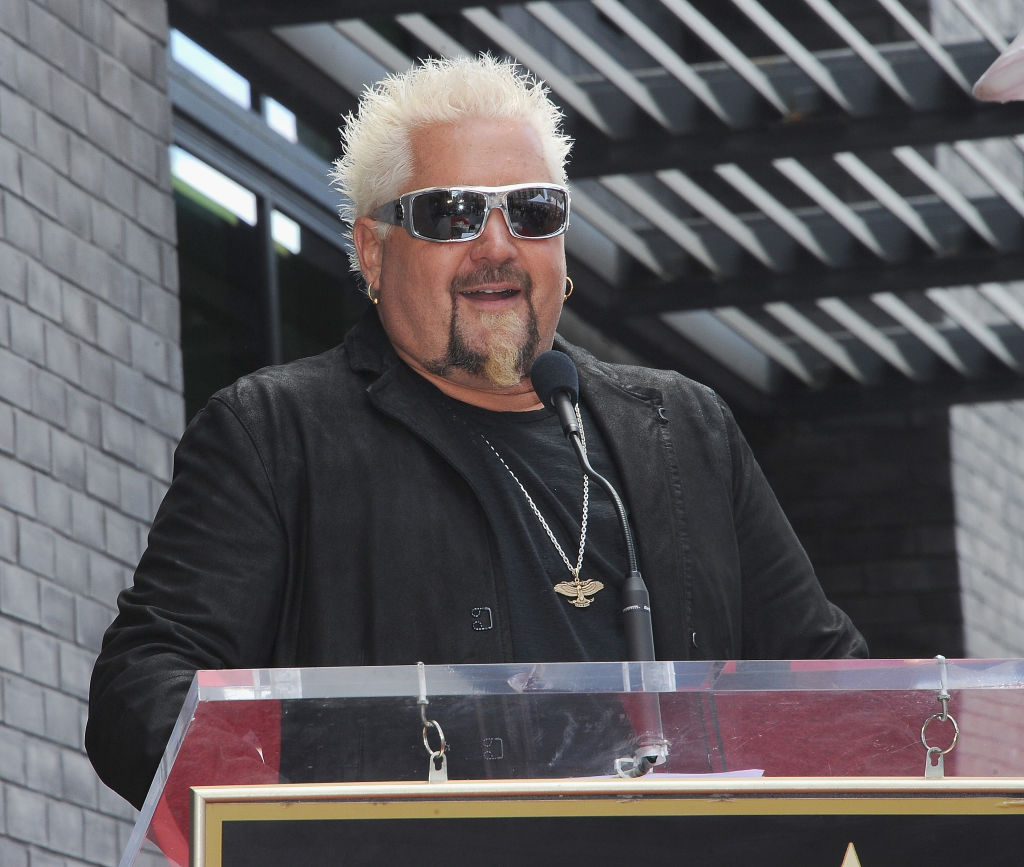 The many cars on ‘Diners, Drive-Ins and Dives’

In fact, as the blog Fans of Guy Fieri said, that first red Camaro was actually a 1967 Camaro SS convertible, and it was owned by one of the show’s ex-producers.

Fans of Guy Fieri said that this 1967 Camaro SS had a brand-new, 350C engine that gets 327-hp. That ex-producer put this 1967 Camaro up for sale, and it’s why Fieri ultimately started driving a similar, although different car.

That said, even when he isn’t driving either Camaros, he’s probably driving another classic American muscle car, such as a Shelby Cobra or a Mustang.

‪We got another egg-cellent episode of #GroceryGames tonight! Our egg-ceptional chef competitors will face an egg-spert panel of judges. ‬Be sure to tune in to @FoodNetwork at 9pm, ya don’t want to miss it! ‬

While that ex-producer may have tried to sell the show’s iconic Camaro, Fieri ended up getting a 1968 Camaro in its place, according to GM Authority. Fieri also got this Camaro in red and it was also a convertible. As a result, fans of the show who aren’t Chevy lovers may not have realized the fact that he was now driving in a totally different car.

That said, his new Camaro is even more powerful than before. GM Authority said that he wanted to restore the 1968 Camaro’s original engine, but instead, he chose to give it a brand-new engine.

How much Guy Fieri’s new Camaro is worth

We’re rolling out on #TripleDFriday

RELATED: What Is Food Network Star Guy Fieri’s Net Worth?

While his 1968 Camaro is cool enough already, it, like many other classic muscle cars, is worth a lot of money nowadays. Estimates put his 1968 Camaro at a worth of about $100,000 right now. That said, while Fieri does seem to own this 1968 Camaro, he doesn’t get to drive it around as much as the show makes its audience think he would.

The Camaro gets transported by a trailer between each location that the show shoots at. Another crew member will then drive the car around the city, and then Fieri will get in and open or close the door just for the cameras. The blog Fans of Guy Fieri confirm this fact, and Fieri only seems to get to drive his Camaro around when he’s actually behind the wheel while on camera.

That said, while Fieri loves his classic muscle cars, he just seems to love powerful cars in general. His newer 2011 Camaro has also shown up from time to time, and Autoblog said that it’s a very powerful car, too. This newer Camaro has a 6.2-liter supercharged V8 engine that gets about 580-hp. Autoblog said that it was a custom Camaro made by Chevy for Fieri and that it could hit up to 184 MPH.