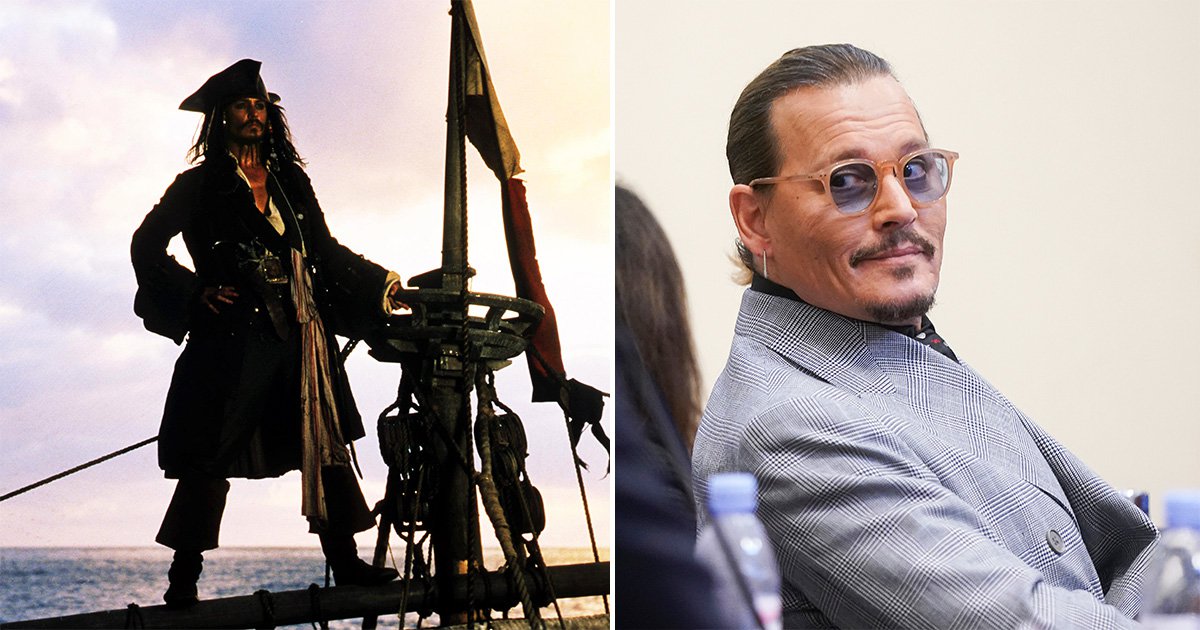 Johnny Depp’s future in the Pirates of the Caribbean franchise is still up in the air, a Disney executive revealed.

The actor, who is currently suing ex-wife Amber Heard for defamation, played Captain Jack Sparrow in the first five instalments of the beloved series, making his debut in Curse of the Black Pearl, in 2003.

Disney production executive Tina Newman gave her testimony earlier today, in a pre-recorded video, and was questioned on whether the 58-year-old will be back for the upcoming sequel, which is currently in development.

When asked whether there are plans to feature the star in Pirates of the Caribbean 6, she replied: ‘I don’t know one way or the other, they decision does not fall within my job responsibilities.

Newman confirmed that the project is in development, but could offer no more information on the sequel.

The executive was also questioned on whether she was aware of any decision-maker at the corporation had ever said that they were not considering Depp for possible roles due to Heard’s 2018 op-ed – she said “no”, before her deposition ended.

Earlier this week, Hollywood producer Jerry Bruckheimer appeared to rule out the actor’s return to the fold, and revealed that they had turned their attention to Margot Robbie instead.

Appearing via video testimony earlier in the day, his former talent agent Tracey Jacobs – who was terminated in 2016 – claimed that he wore an earpiece while shooting the final film, and was fed lines.

Heard’s lawyer, Elaine Bredehoft, asked if Jacobs recalled him using earpieces so people could feed him his lines during filming for the 2017 sequel, and if this became a regular thing, to which she simply said: ‘Yes.’

Jacobs explained that representing the star became ‘far more complicated’ in their last 10 years of working together, due to his ‘unprofessional behavior’.

When asked to elaborate, she continued: ‘Showing up late to set consistently on virtually every movie. I would get yelled at.

‘I never said to him, “You’re a difficult client”. I never used those words, but I was very honest with him, and said, “You’ve got to stop doing this, it’s hurting you”.

Jacobs added that he did not ‘correct’ his behavior, concluding: ‘Initially crews loved him, as he was so great with the crew.

‘But crews don’t like sitting around for hours and hours waiting for the star to turn up.

‘It also got around town – people talk, it’s a small community – and it made people reluctant to use him toward the end.’

The Edward Scissorhands star is seeking $50million (£40m) in damages, while his ex-wife is counter-suing for $100million (£80m), claiming he libeled her by calling her a liar.

The case is being heard at the Fairfax County Court and began last month – and is being livestreamed on YouTube.