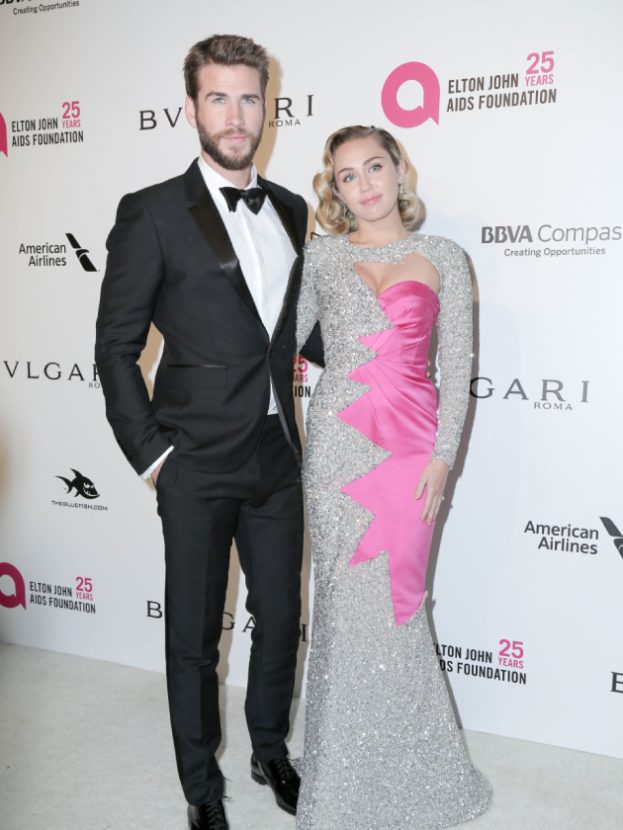 Although the couple haven’t confirmed the news, it looks like Miley Cyrus and Liam Hemsworth have finally said ‘I do’ in a secret ceremony surrounded by family and friends.

A friend of the couple, Conrad Carr, shared sweet pics of the alleged newly weds via his Instagram stories on Sunday December 23.

In the photos, singer Miley, 26, looks stunning in an off-the-shoulder white dress (channelling Duchess Meghan perhaps?) while her 28-year-old beau cuts a handsome figure in a black suit and tie. The pair are pictured plunging a knife into a tiered wedding cake surrounded by fairy lights, champagne glasses and balloons in a room reported to be in the couple’s $5.8 million mansion in Franklin, Tennessee. 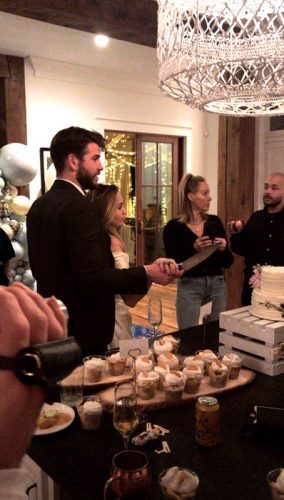 The couple appear to be the only ones to dress up to the wedding, however, as Miley’s mum Tish is seen wearing casual jeans and a black top, fuelling speculation that the ceremony was either a last-minute or surprise event before the festive period.

In another photo of Liam sharing celebratory shots with his brothers, Chris, 35, and Luke, 38, eagle-eyed fans also noticed that the groom wore white trainers to his own nuptials! 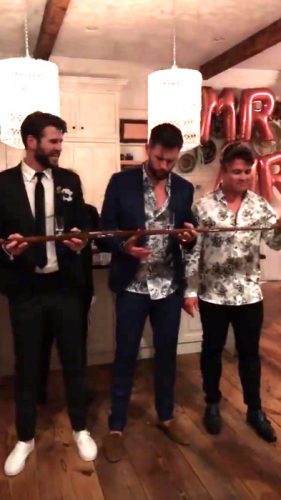 Miley’s younger sister Noah Cyrus all but confirmed the wedding rumours after she shared an emotional post on Sunday, just hours after Conrad’s images of the couple were uploaded.

In her selfie, the 18-year-old appears overcome with emotion as tears stream down her face with a broken heart emoji. The image has since been taken down from the singer’s social media account.

It’s believed that Miley and Liam decided to wed after losing their $2.5 million home in Malibu following the recent California wildfires.

Miley and Liam have had a rocky romance since meeting on the set of 2009 movie The Last Song. The pair announced their engagement in 2012 but called it off in 2013. They reunited in 2016 after Miley travelled to Liam’s home in Australia.