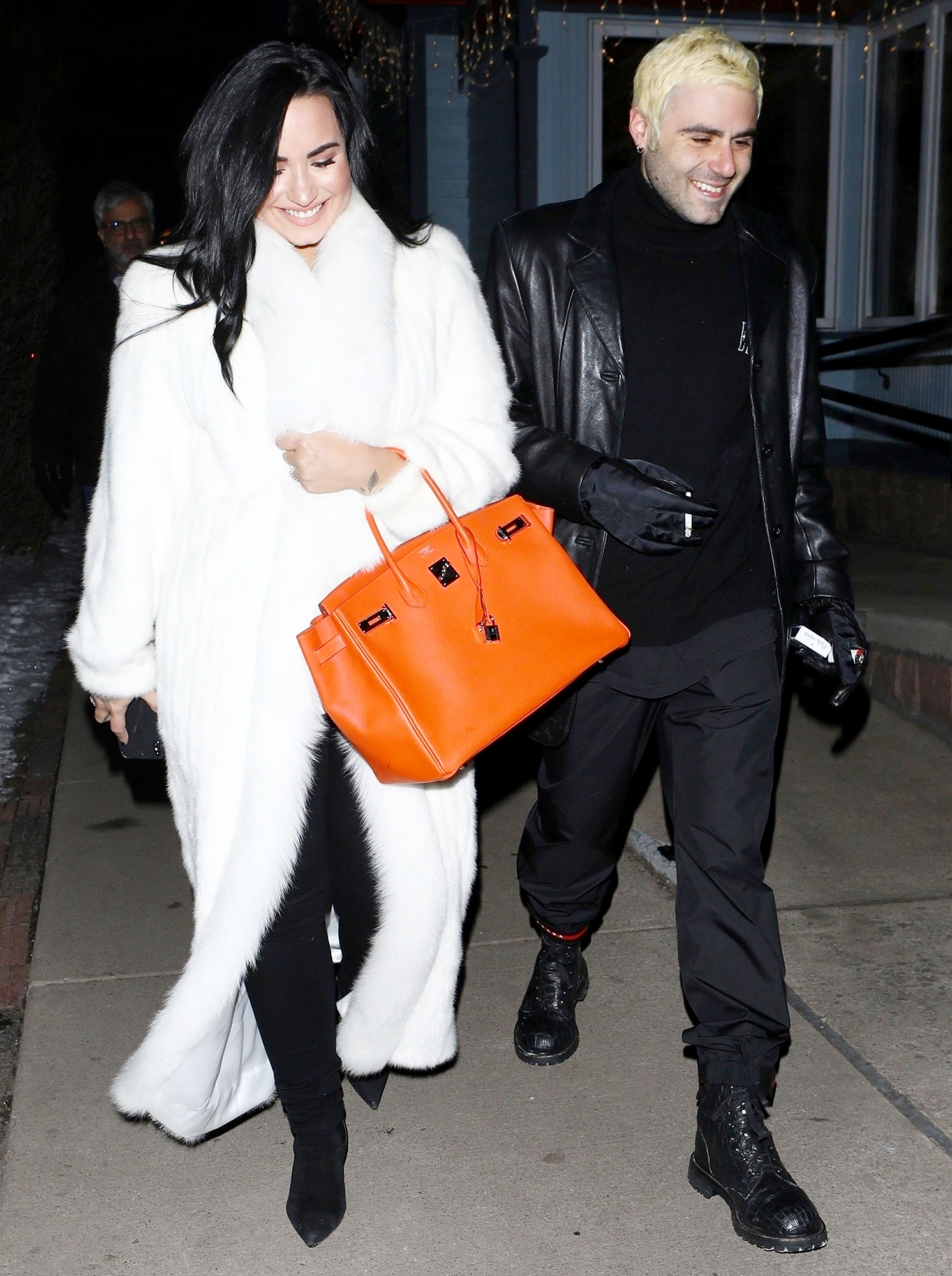 Feeling the love. Demi Lovato and her boyfriend, Henri Levy, beamed as they rang in the new year with a romantic date night.

The couple were spotted cuddling up to one another after sharing dinner in Aspen on Tuesday, January 1. Lovato, 26, wore a white fur coat and black pants, accompanied by a can’t-miss smile. Levy dressed in all black as he radiated joy alongside his girlfriend.

Earlier this week, the “Sorry Not Sorry” singer said goodbye to 2018 after suffering a near-fatal overdose in July. “So grateful for the lessons I’ve learned this year,” she wrote on her Instagram Story on Monday, December 31. “I will never take another day in life for granted, even the bad ones. Thankful for my fans, friends, family, and everyone who supported me throughout this year. God bless.”

The Disney alum also swapped champagne for sparkling apple cider on New Year’s Eve. “#Sobriety,” she captioned a pic of the bottle on her Instagram Story.

Lovato’s romance with Levy blossomed amid her recovery. “She’s happy, healthy, sober, eating well and working out religiously,” a source told Us Weekly in December, adding that the “Sober” crooner is “also totally head over heels” for the Enfants Riches Déprimés designer.

According to the insider, Levy, who was seen with the Grammy nominee in November after she completed rehab, makes her feel “safe” and “not judged.”

The source continued: “The fact that the two of them are both sober and have had their ups and downs in that regard is a huge deal to her.”

The pair made their relationship Instagram official in December when Levy posted a video of himself and Lovato kissing.