Debbie McGee, 61, responded to fans after they tweeted that they had seen a “stuffed head of Paul” in the background as she spoke on The One Show. The magician’s wife admitted she had not stopped “laughing” since she had read the bizarre reports from viewers.

Debbie typed: “Evening all. To those who tweeted about my appearance on The One Show last night & that it looked like I had a stuffed head of Paul in the background.

“I haven’t stopped laughing all day. Of course it wasn’t, it was just a photo leaning against a glass dome.”

It comes as viewers were left baffled while watching Thursday evening’s show as hosts Alex Jones and Gethin Jone spoke to Strictly stars Caroline Quentin and her partner Johannes Radebe.

During the interview, the hosts played a video message from Caroline’s close friend and former co-star Debbie. 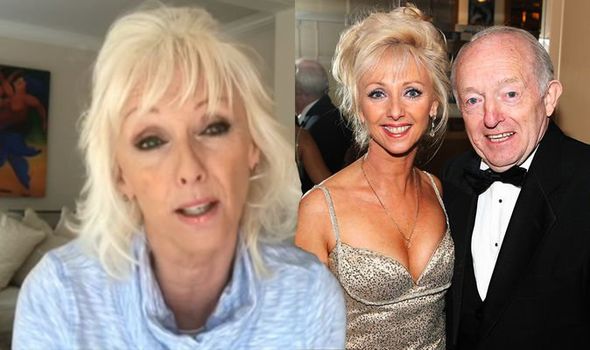 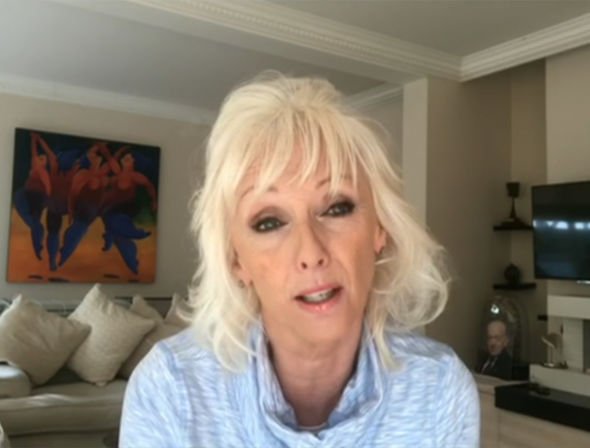 The former Strictly finalist wished her friend luck in a thoughtful clip that was filmed in her living room.

People at home noticed that she had what appeared to be her late husband magician Paul Daniels’ head in a jar on a shelf behind her.

One fan wrote: “Is that the stuffed head of Paul Daniels?” 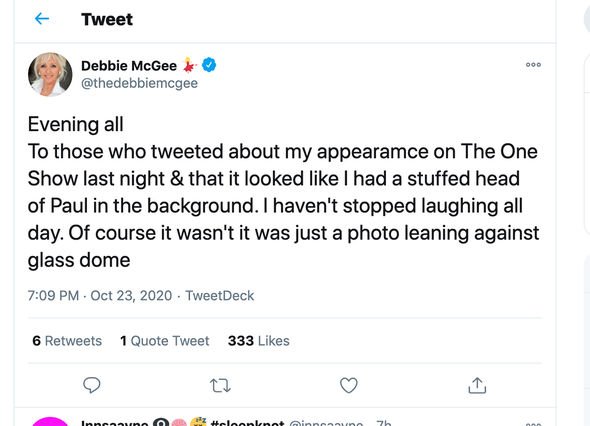 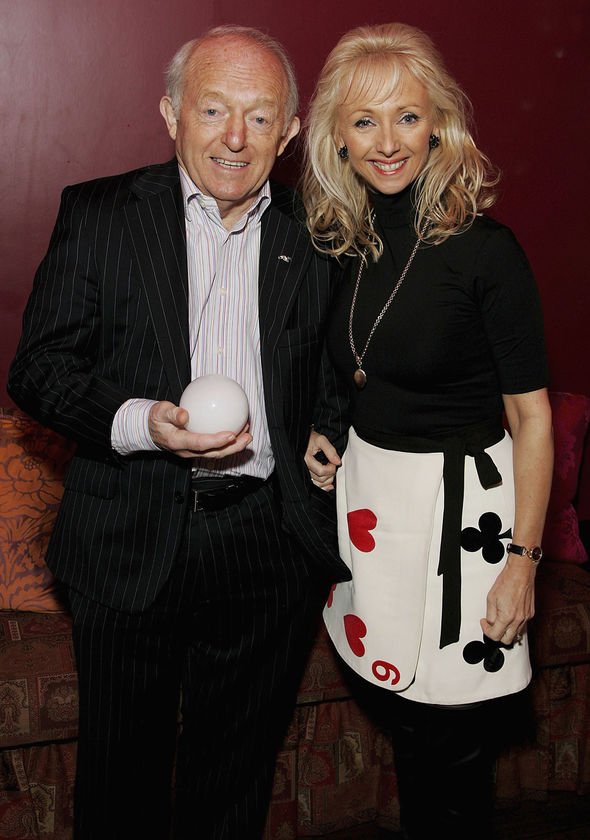 A third added: “#theoneshow did Debbie McGee have Paul Daniels head in a terrarium?”

Debbie worked as Paul’s magical assistant until his death in 2016 from a brain tumour.

She gushed: “Hi Caroline, it’s me, the lovely Debbie McGee, I am just here to wish you loads of luck for Saturday night, I am sure you will have a ball.

“And I don’t mind losing my title of the lovely Debbie McGee, because as soon as everybody gets to know you and your lovely naturally funny personality, you will be the lovely Caroline Quentin!”

Caroline responded: ”Oh my darling! Isn’t she adorable? I did my first job with the lovely Debbie McGee!”

Caroline previously admitted that although she has some prior dance experience, she will not be this year’s “Debbie McGee” in the dance competition, as she is a “lot worse” at performing than her.

However, the actress divulged that the former show finalist had given some practical advice on how to keep her fitness up while appearing on the show.

She said: “I spoke to her the other day and she said, ‘Do some cardio. You’ll never know days like it’.”

Caroline took the advice from the former ballerina and has now begun a running schedule to keep up with her Strictly partner Johannes.

“So, I’m doing the Couch to 5K running programme. But obviously, I can’t keep up with Johannes, because he’s a machine,” she added to Radio Times Magazine.

The revelation came as Caroline recalled the time that she was first cast in a stage production alongside Debbie.

She shared: “I did my first ever job with her (Debbie), she was the fairy in a pantomime at Luton Library Theatre and I was a lot worse at dancing than her.”