The Daily Mail published a story yesterday from a woman who is celebrity adjacent, Kayti Edwards. She’s an allegedly 41 year-old former model along with being Julie Andrews’ granddaughter. Kayti claims to have had an ongoing friends with benefits relationship with Dax Shepard, 43, with their last encounter happening at a party in 2009. Kayti has photobooth pictures where she’s making out with Dax which you can see them on the DM’s site. It’s not just a playful exchange, it’s full on foreplay and I don’t doubt that she was with him that night. Plus she shares details but I’ll spare you. It’s stuff you can’t unlearn. In 2009 Dax had been with his current wife, Kristen Bell, for two years. They had their first baby in 2013 and got married later that year. So Dax would have been cheating on Kristen. Only he says that the photos are from 13 years old, not nine as Kayti claims, and that she’s sold stories about her other relationships with famous men.

Hey Daily Mail, that photo is 13 years old, not 9. Also, Kayti has sold stories to tabloids about Matthew Perry, Jack Osbourne, Kid Rock, and now me. I look forward to her next one. Fingers crossed it's about my #1, Brad Pitt 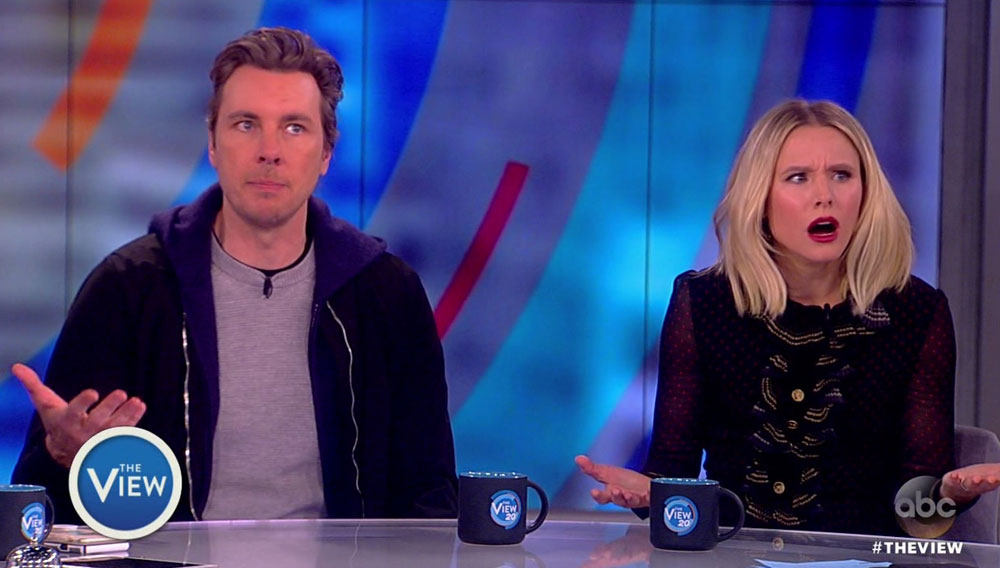