Daniel Craig said that he doesn’t think there should be a female James Bond iteration, but hopes instead to see a woman lead her own, similar franchise.

The actor is about to debut in his final run as the legendary spy in the upcoming film “No Time To Die,” and now he’s thinking about the future of the franchise and where it will go in his absence. For years, there have been calls to see a woman take on the lead of the franchise and the 53-year-old actor shared his unfavorable thoughts on the idea.

“Why should a woman play James Bond when there should be a part just as good as James Bond, but for a woman?” he told Radio Times in a recent interview.

The actor’s comments echo those made by producer Barbara Broccoli in an interview with Variety from last year. In response to a question about whether or not a person of color could play Bond, she noted that was certainly possible. However, changing the character’s sex might be more difficult. 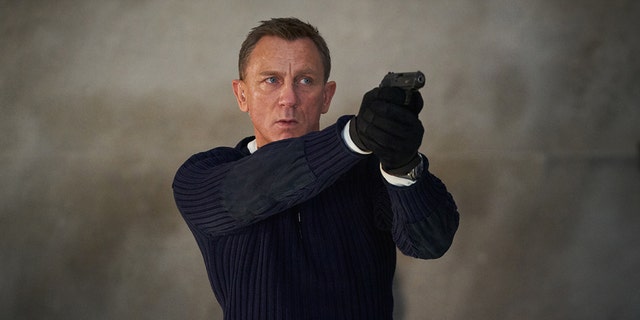 “He can be of any color, but he is male,” Broccoli explained. “I believe we should be creating new characters for women — strong female characters. I’m not particularly interested in taking a male character and having a woman play it. I think women are far more interesting than that.”

Many fans of the franchise note that, although multiple actors have played the character, he is considered a single entity across the franchise with his own, albeit vague, history. As a result, James Bond is canonically male. However, while the James Bond character must be a male in the eyes of many, the 007 moniker is up for grabs.

As a result, rumors have circulated that “No Time To Die” will end with actress Lashana Lynch being dubbed the next 007. She has been confirmed to play an MI6 agent named Nomi who will work alongside Bond in the latest film and has played coy about where the next Bond adventure will take her.

However, speaking to The Guardian, she made it clear that she is open to changing up the look of James Bond in the future.

“With Bond, it could be a man or woman,” Lynch told the Guardian. “They could be white, black, Asian, mixed race. They could be young or old. At the end of the day, even if a two-year-old was playing Bond, everyone would flock to the cinema to see what this two-year-old’s gonna do, no?”

She added: “We are in a place in time where the industry is not just giving audiences what it thinks the audience wants. They’re actually giving the audience what they want to give the audience.”