BBC Breakfast presenter Dan Walker took to Twitter today after his co-host posted an unflattering picture of the pair on social media. The 44-year-old TV star looked far from his best and admitted that he instantly regretted not making more of an effort for the snap.

Louise, who looked lovely in a pink blazer, smiled for the camera with a wide-eyed expression on her face, as she sat on the famous red sofa.

In the background, Dan could be seen trying to make it into the photo.

He was laying almost horizontally across the sofa and the day’s newspapers.

The picture was posted online by Louise, ahead of their stint on TV. 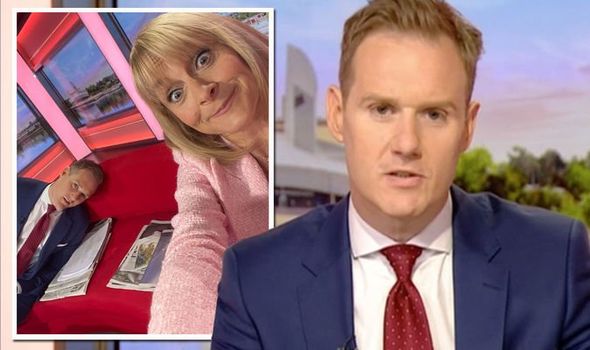 Dan then shared the post with his own fans.

“You know when you pose for a photo and then regret it instantly?” he said, adding, “That [crazy face].”

“Morning,” he went on to add, followed by a wave emoji. 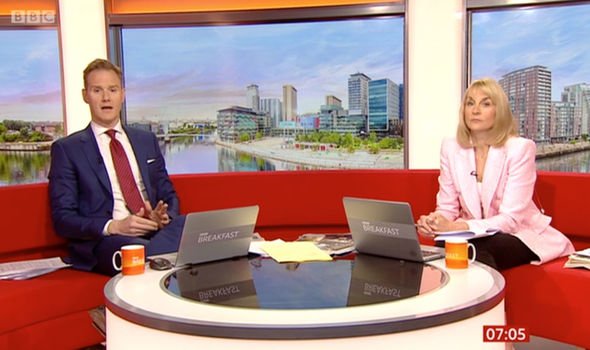 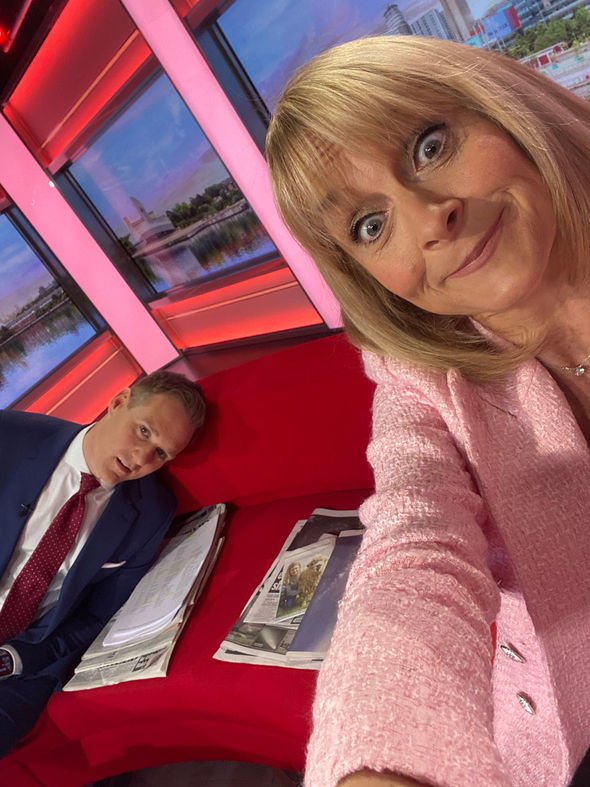 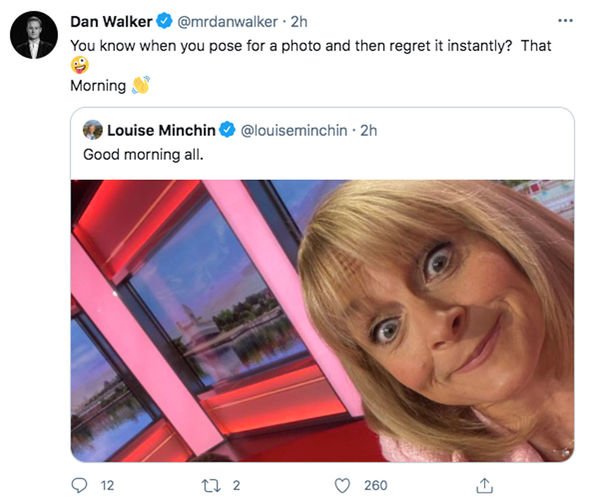 “Bonkers… the pair of you,” one viewer remarked.

“You look like Keir Starmer!” a second person wrote.

“Keir Starmer vibes there,” another added in agreement.

Last night, the Football Focus host made an appearance on The One Show to discuss the proposed European Super League.

In a short amount of time, he explained why fans were angered by the decision.

He later shared a snippet from the show on social media, in view of his 708,500 followers.

“Thank you for all your comments about this. Trying to boil it all down to under 2 mins #europeansuperleague.”

During his appearance, he said there were three main reasons for the upset, after the show’s host Alex Jones revealed her husband was “outraged” by the news.

“The first of those is greed. And for many fans this stinks of it, because the pandemic has taught us, that football is nothing without fans…

“The second point is arrogance. These clubs are claiming to be the finest in Europe now, understandably at the expense of all the others. You’ve got Manchester United and Manchester City, who are first and second in the Premier League at the minute, but the other four are fifth, sixth, seventh and ninth. Someone said it’s a bit like Bananaman trying to join the Avengers, so there is a bit of arrogance about that.

“And the third thing is about the spirit of competition. They are trying to create a league where they can’t be relegated. And sport and football is about achievement. It’s about working hard, it’s about never having success guaranteed… If sport is something you can’t lose then it’s not sport.”