Daisy Lowe is ENGAGED! Model set to tie the knot with beau Jordan Saul as she shares romantic snap moments before proposal

The model, 33, shared a romantic snap  of the pair kissing moments before beau Jordan popped the question.

She said: ‘We took this picture this afternoon moments before @jordanjaysaul ASKED ME TO MARRY HIM!!! 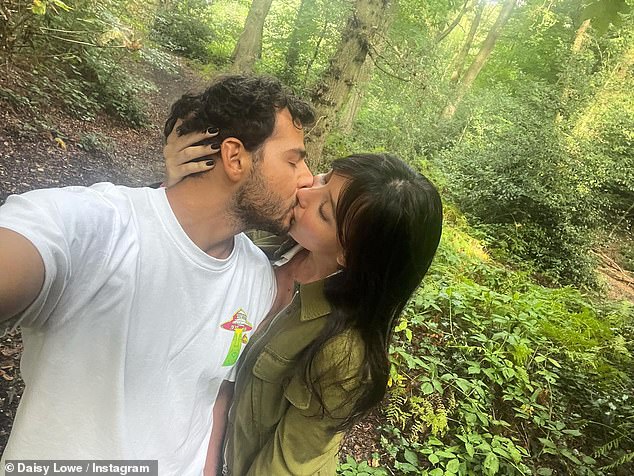 Yay: Daisy Lowe is engaged to beau Jordan Saul and shared a romantic snap of the pair

I said f**k yes… i am officially your fiancé & I can’t wait to spend the rest of my life with you my hubby to be.’

The pair have been dating for two years.

The outing comes after Daisy gave a candid insight into her sex life and admitted she feels happiest when having sex ‘two or three times a day’.

The star also explained that orgasms are a great way to ‘relieve stress’. 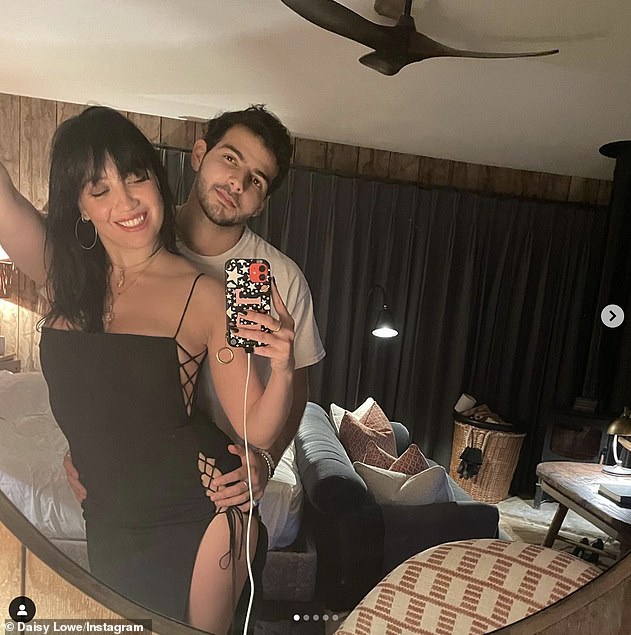 Personal: The model, 33, shared a romantic snap of the pair kissing moments before beau Jordan popped the question

Speaking to The Sun, she said: ‘I always knew good sex made me feel a lot better – orgasms are so good for stress relieving.’

Noting that she mainly has sex ‘every other day’, Daisy expanded: ‘On a great day, two or three times a day if that’s where it gets to.’

Detailing what get’s her in the mood, the star said that lingerie from brand Agent Provocateur makes her feel ‘sexiest’, but comfy T-shirts also have a similar effect.

Further in the chat, Daisy pointed out her biggest ‘turn-ons’ – noting that good driving and kindness was the key to her heart.

Daisy, who has been dating beau Jordan for almost two years, often speaks candidly about body openness and positivity.

In March, she revealed she felt like an ‘elephant’ during her career as she compared her curvy figure to other women’s ‘stick-thin’ bodies.

The fashion model admitted that she ‘constantly pulled myself apart’ and said she was told by others that she was ‘curvy’ when she was in reality a size six or eight.

Speaking on the That Gaby Roslin Podcast, she said: ‘Being a model full-time for ten years and throughout my career always being very conscious of wanting to champion real women’s bodies and being curvy

‘And being told you’re curvy even though at the time I was six to eight which looking back is ridiculous, and feeling like an elephant in comparison to all these stick-thin – wonderful, beautiful in their own way – models.’

Daisy – who is the daughter of designer Pearl Lowe, 51, and the rocker Gavin Rossdale, 56 – said that she loved her appearance on Strictly Come Dancing in 2016 as it was the first time in her career that she was told that her body was ‘good’.

She said: ‘For the first time in my career I was actually being told that what my body was doing is really good and being really proud of what my body could achieve – rather than constantly pulling myself apart.’ 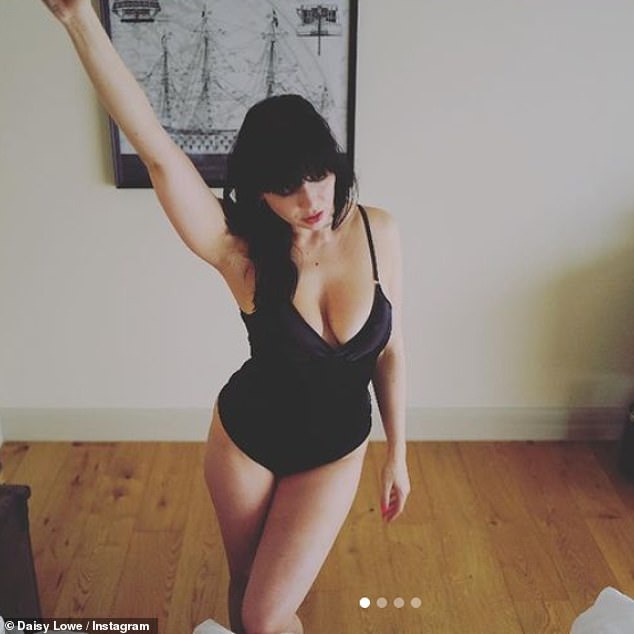 Candid: The outing comes after Daisy gave a candid insight into her sex life and admitted she feels happiest when having sex ‘two or three times a day’