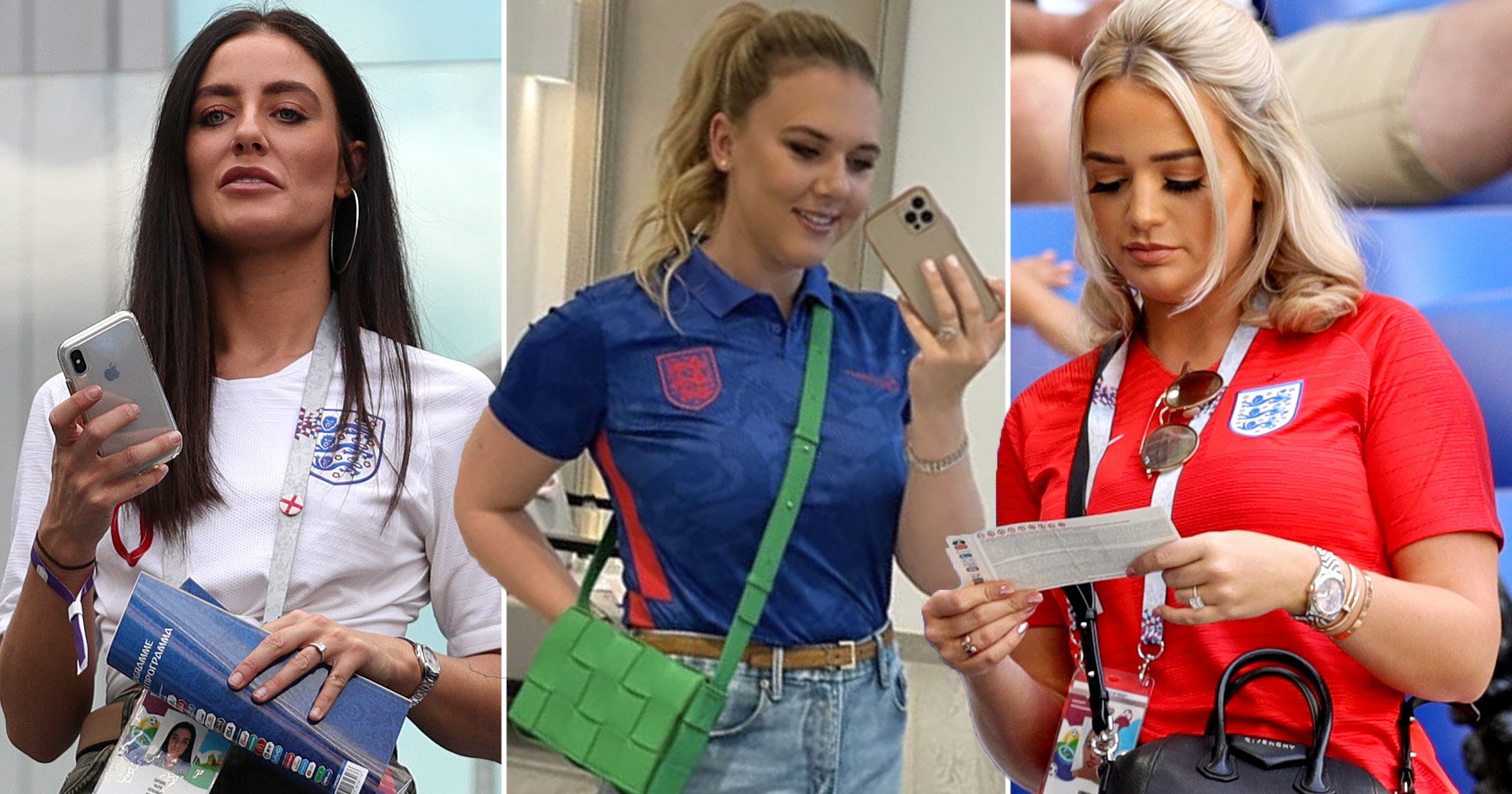 The WAGs have gone out in full force ahead of tonight’s Euro 2020 final in order to both celebrate and prepare themselves for the England versus Italy game at Wembley.

Fern Hawkins, the fiancé of defender Harry Maguire, and Megan Davison, who is married to goalkeeper Jordan Pickford, both enjoyed a cheeky girly night in, as they wore matching England-style pyjamas.

Fern took to Instagram Stories to give followers a glimpse of their PJs, with the surnames of their respective partners sewn onto them.

As they both held a glass of alcohol in their hands, she captioned the post: ‘Pre match night with baby girl @megan_davison_.

‘Thank you so much @hadesignslts for our lucky pjs.’

The girls also got to indulge in a fakeaway sushi platter, which had been curated for them by a private chef.

Megan also showed off her England-themed nails, by resharing a post from her nail artist.

The nails were adorned with white, blue and red tips, while her accent finger featured an England flag design.

And just hours before the match tonight, both Fern and Megan got their hair styled into voluminous curls.

Meanwhile, Kate Kane, the wife of England captain Harry Kane, took last night not to celebrate, but to share a heartfelt tribute to her husband, as she commented on how ‘proud’ she was of him.

Uploading a picture of her blowing a kiss towards a poster of Harry, she posted a lengthy statement which read: ‘H, you know I’m not on to cry too easily but I found myself in tears when I started writing down how proud you’re making us all and what you’re doing for the country.

‘I used to laugh at you when we started going out and you’d be round mine playing penalties with my brother Tom and Seamus the dog, and you’d say you would be England captain one day.

‘But that’s you – you set yourself a goal and you achieve it and you always said you were going to the Euros to get to the final.’

She went on: ‘You’re just such an amazing husband and dad, and the children can’t wait to have you home. Imagine telling them all about this summer one day when they’re a bit older.

‘We all love you so much, Skipper. Bring it home for the country, you deserve to life that trophy with this incredible England team!’

In preparation for the game tonight, Kate has also bagged herself custom-designed Nike trainers, which feature the words ‘It’s coming home!’ written across them, as well as a Lion symbol embroidered onto them.

The duo both enjoyed a meal and drinks together as they later posed for snaps, which Jenny shared on her stories.

Other WAGs who also got involved include Victoria Beckham, who is married to former England footballer David Beckham, as she shared snaps of her wearing a floral dress, with a goldfish design for ‘good luck’.

She accompanied the gown with a set of shimmery silver boots, and while she didn’t explicitly mention the match in her post, we wouldn’t be surprised if she was wearing it in the hopes of England winning tonight.

‘I’ve got the good luck of the goldish on my side today!’ she wrote. ‘Kisses from Paris!’

She later posted a set of England-themed cupcakes, which had been made for her by a self-taught baker.

And former WAG Cheryl, who was previously married to former England squad member Ashley Cole, also gave us big 2000s energy with a throwback snap of her alongside her Girls Aloud bandmates, Kimberley Walsh, Nadine Coyle, Sarah Harding and Nicola Roberts, as they all held onto the England flag.