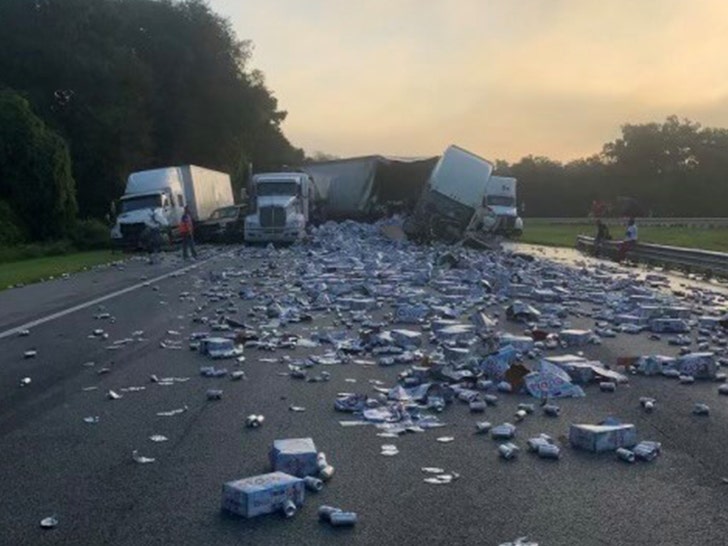 Brace yourself beer-lovers … hundreds of cans of brew are wasting away on a stretch of Florida interstate after multiple semi-trucks wrecked and sent Coors Lights flying everywhere.

Commuters in Hernando County must have been buzzing hard Wednesday morning about the traffic jam caused by the 18-wheelers colliding and opening up a trailer’s payload full of cases upon cases of the ol’ silver bullets. 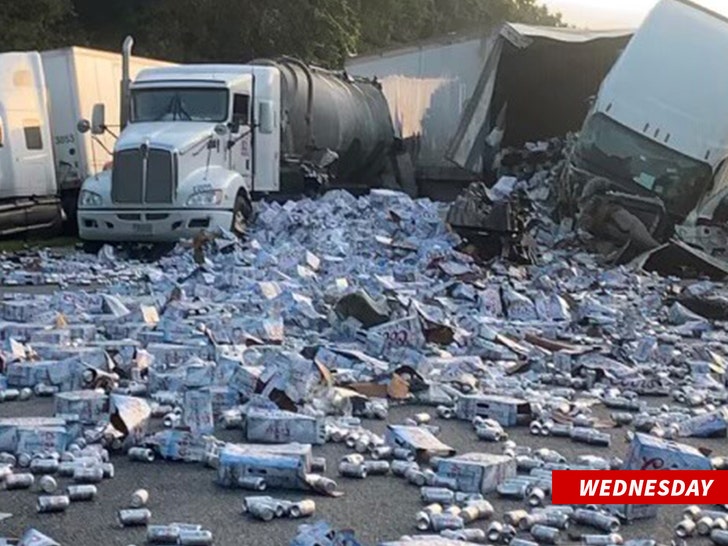 According to Highway Patrol, the beer man was the last truck in a chain reaction accident involving a total of 5 vehicles. As you can see the suds nearly completely covered the 2-lane highway and snarled traffic for hours.

The interstate was reopened by the afternoon, though … once a bunch of fraternity bros rallied with beer bongs to remove all the debris!!!

We kid. A regular highway clean-up crew got the job done, but our money woulda been on the frat bros.

Spilled milk is one thing, but this? Pour a little out (just a little) tonight for the fallen brews.