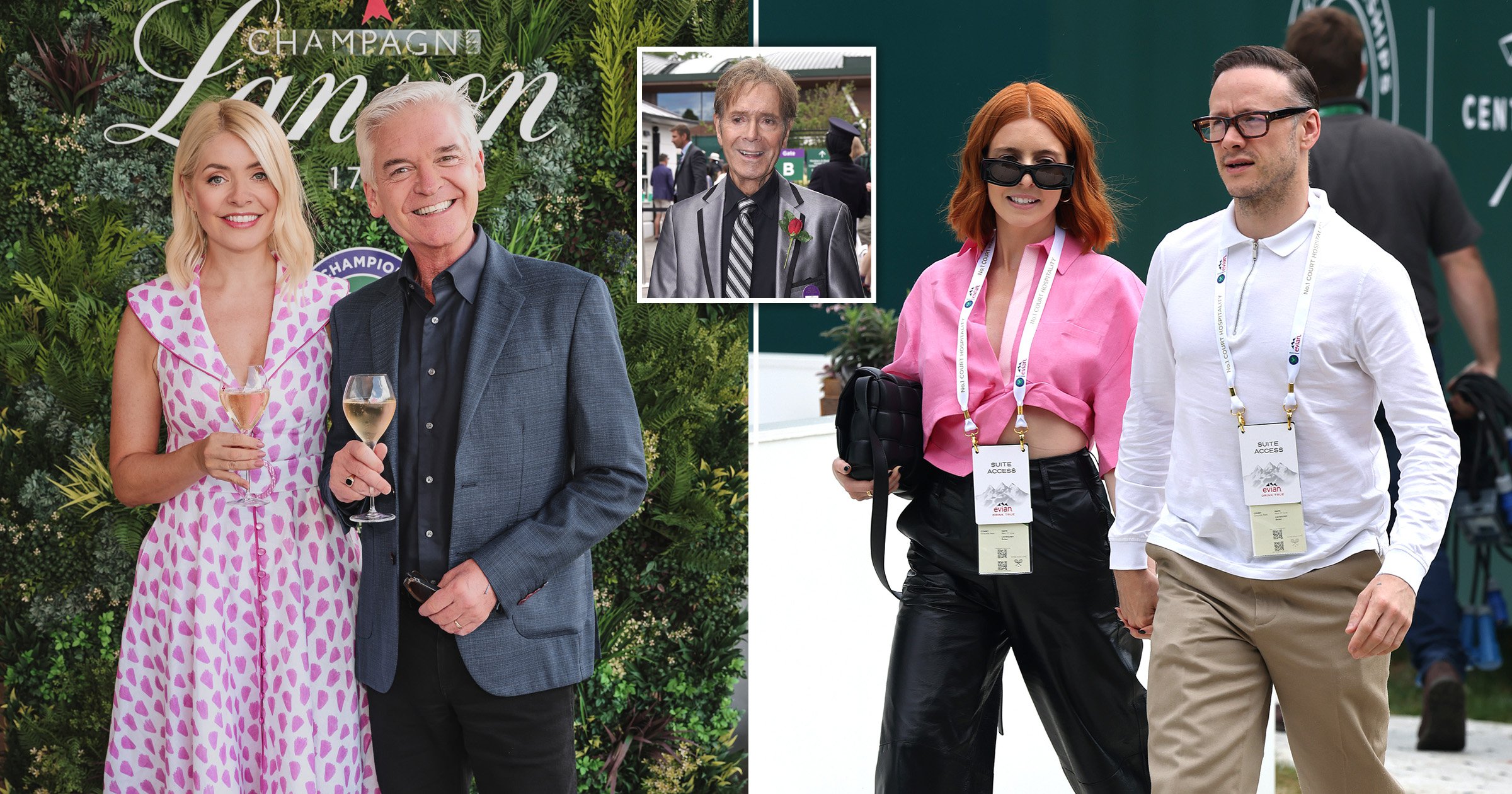 Sir Cliff Richard, This Morning colleagues Holly Willoughby and Phillip Schofield and presenter Stacey Dooley with partner Kevin Clifton were among the famous faces attending Wimbledon on the first day of the tournament.

Veteran musician Sir Cliff, 81, was pictured arriving on Monday in his usual dapper style, dressed in a silver blazer with a red rose pinned to his lapel paired alongside a black shirt and striped tie.

Holly looked suitably summery in a vintage-style white and pink patterned dress with statement lapels, while Phil was smart in all navy with his shirt and jacket combination.

Newly-engaged TV presenter and author Richard Osman was also spotted entering the All England Club on day one to watch the start of the action.

The 51-year-old was later seen in the royal box wearing a light blue blazer with a navy tie and white shirt, while beaming British astronaut Tim Peake sat in front of him in the box, alongside his wife Rebecca.

Other celebrities enjoying the decent weather, fine hospitality and word-class tennis included a glowing Mollie King, who has just announced her first pregnancy, in a pink and cream striped dress.

Britain’s Got Talent judge Amanda Holden brought her 16-year-old daughter Lexi along – in a striking lime green suit – as her guest. Amanda’s outfit gave a nod to the all-white sports dress code, while she added a spot of colour with her eye-catching tennis ball handbag.

Marvin and Rochelle Humes were some of the tennis fans making use of Wimbledon’s iconic purple and green striped umbrellas during the morning’s patchy showers, with Rochelle sleek in a black dress and blazar with a Chanel handbag.

TV presenter turned beauty entrepreneur Trinny Woodall was also spotted in quirky round sunglasses and a stylish hat, which she paired with a white lace print dress and jacket, proving she’s lost none of her What Not to Wear fashion expertise.

Other famous figures spotted soaking up the atmosphere were ex The Only Way Is Essex star Pete Wicks and The Masked Singer’s Joel Dommett with his model wife, Hannah Cooper.

Wimbledon kicked off on Monday with full-capacity crowds descending on the grand slam tournament for the first time in three years.

The 2022 championship marks the first time since 2019 that the grounds will be filled with up to 42,000 people every day since before the coronavirus pandemic.

The famous queuing will return as spectators from around the world camp out and line up for hours to buy on-the-door tickets every day.