Queen Victoria’s favourite prime minister, the adulterous Benjamin Disraeli, reportedly crowed on arrival in 10 Downing Street: ‘I have climbed to the top of the greasy pole.’

Dizzy was a womanising rascal with a secret love child, a writer who spent or lost his money faster than his books could earn. Of course, no one like that could ever lead the country today.

But his perception of politics as a great game fits exactly with the celebrification of Britain today. 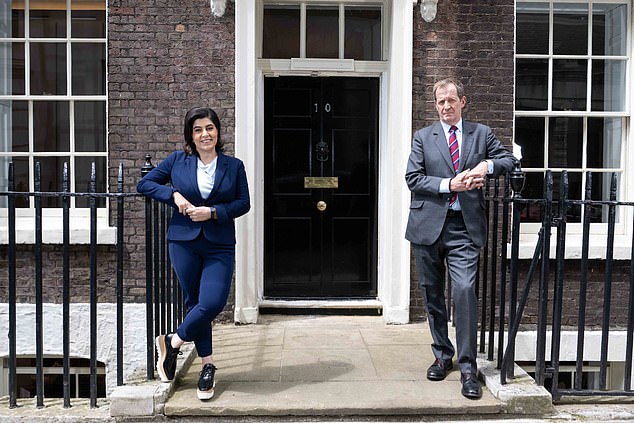 Politics is treated as a game by two of its most avid players, Labour ex-spin doctor Alastair Campbell and former Tory bigwig Baroness Warsi, in Make Me Prime Minister (C4)

His enemies accused him of being vain and shallow — just the qualities we most prize now. These days, Disraeli would win Love Island, then two general elections, and Celebrity Bake Off.

Politics is treated as a game by two of its most avid players, Labour ex-spin doctor Alastair Campbell and former Tory bigwig Baroness Warsi, in Make Me Prime Minister (C4).

The duo are mentors, but also political assassins to 12 wannabe Cabinet ministers who aspire to show they can lead the country.

Filmed in the marble halls of a stately building that’s meant to be No 10 but isn’t, it’s a bare-faced rip-off of The Apprentice — even copying the sequences where the rivals stride in awkward slow motion to their next appointment.

Each week, the candidates split into two parties and come up with a manifesto policy: this week, reform for primary schools.

The show falls flat for two reasons. The players, competing for a £25,000 first prize, all appear competent and well-informed about politics. They’re egotists but not idiots.

One of them, council official Jackie Weaver, has plenty of experience of the limelight as well as backroom chicanery. 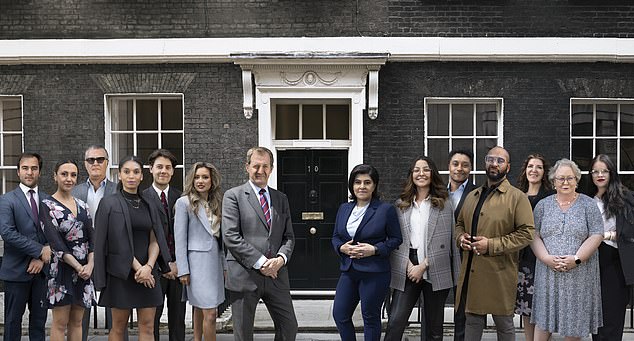 The show falls flat. The players, competing for a £25,000 first prize, all appear competent and well-informed about politics. They’re egotists but not idiots

And the judges display neither the sense of humour nor the sadism to be entertaining. For a man who preached that MPs live and die by the soundbite, Campbell managed to say nothing memorable for the whole hour.

The result was earnest but derivative, all the windbaggery of the campaign trail with none of the drama or nastiness.

It came alive only once, when 23-year-old prospective PM Darius, who came to the UK as a refugee from the Taliban when he was a baby, launched his playground policy by dancing with pupils around a maypole.

The Mail’s own Andrew Pierce was there with his notebook. ‘Skip faster,’ he demanded, and Darius dutifully zigzagged around the children.

Michael Palin was wading through the mess left by Campbell and his cronies on the second episode of Into Iraq (C5).

‘It certainly wasn’t the obvious place to visit,’ he admitted as he kicked his heels at yet another armed checkpoint, watched with suspicion by men with sunglasses, moustaches and sub-machine guns.

Visiting the site of a massacre where 1,700 teenagers were slaughtered by Isis in 2014, the 79-year-old traveller sighed: ‘I find my natural optimism taking a beating.’ 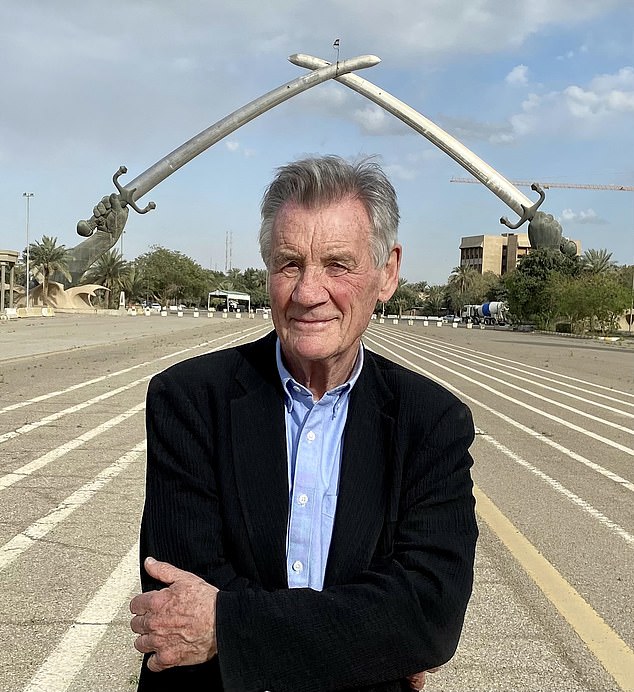 But he bounced back, glowing with boyish enthusiasm as he marched up the 399 steps of the spiral minaret at the Great Mosque in Samarra.

And his Pythonish appreciation of the absurd couldn’t help relishing the contradictions of a country where security militias forbid filming, then lift the ban so they can take selfies when they spot a TV presenter.

‘I’ve been offered a job at the Department of Confusion,’ he announced at one government office. The post came with an upside-down desk, he fantasised, and his sole responsibility was to drink a cup of tea every 17 minutes.

Let’s hope this sinecure comes with its own Silly Walk.