One And Six Zeros

One good thing about inflation, it’s pushing up the prizes on quiz shows. After Ant and Dec offered an infinite jackpot on Limitless Win, Dara O’Briain is trying to give away a million quid.

One And Six Zeros (C4) is a neatly simple concept. Players start with £1,000,000 in the kitty and face seven questions. Each wrong answer knocks a nought off their winnings.

That’s as straightforward as Who Wants To Be A Millionaire? and, because there’s only half as many questions, it dispenses with the boring and easy starter round. 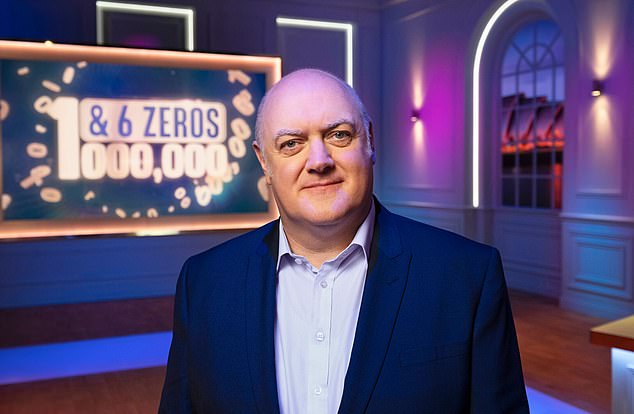 One And Six Zeros (C4) is a neatly simple concept. Players start with £1,000,000 in the kitty and face seven questions. Each wrong answer knocks a nought off their winnings

From the outset, the multiple-choice brain-teasers were deceptively difficult, the sort of pop culture posers that really challenge your trivia knowledge.

After a couple of years of presenting Blockbusters on the Comedy Central channel, Dara is a practised quiz host, affable and quippy without being cheesy.

He’d have been a better choice to front the revamped Weakest Link on BBC1 than Romesh Ranganathan who, desperate not to be Anne Robinson, too often ends up unctuous.

This new format has a couple of complications that on a first viewing seem too fussy. Players have the option to reject questions and ask for substitutes, but there’s a price: the prize is reduced.

There’s another layer of confusion. We start with a team of three, but one player has to leave the studio after three questions. Two questions later, a second team member is sent away, leaving the last player to face the final two conundrums alone.

That weakens the game’s best element, which is the tension within the team. With only seven questions to fill an hour, Dara can craftily coax the contestants to start doubting themselves. 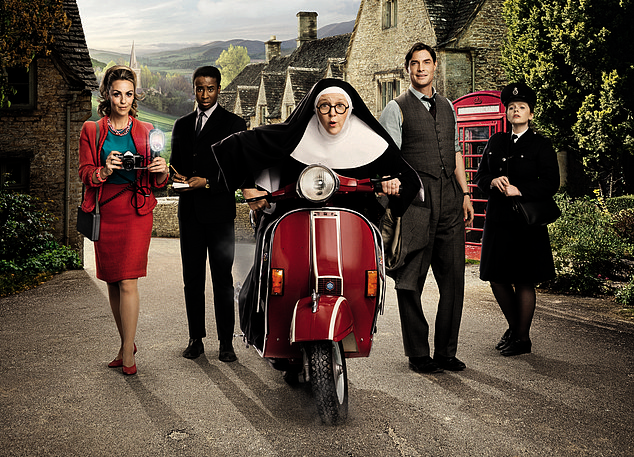 Lorna Watson plays the 1950s nun trundling around rural England with her moped and sidecar, solving murders in this spin-off from BBC1’s Father Brown

Second guessing and fact checking between players can undermine their knowledge, so that confidence soon becomes cluelessness.

It was huge fun to watch Steve and Stella from Durham, with their daughter Laura, getting so flustered that they weren’t even sure of their own names.

Stella was, in fact, a first-class quizzer with a compendious knowledge of trivia — which was lucky, since her husband was recovering from a stroke and cheerfully admitted whole years were missing from his memory bank.

But some of the questions demanded sheer guesswork, such as this gem: who was born first — John Lennon, Cilla Black, Tina Turner, Dionne Warwick, Otis Redding or Dolly Parton?

To scoop the million, you’d need an intellect as big as the sleuthing heroine’s in the Sister Boniface Mysteries (Drama channel).

Lorna Watson plays the 1950s nun trundling around rural England with her moped and sidecar, solving murders in this spin-off from BBC1’s Father Brown.

Sister B has a double first in forensic sciences from Cambridge. ‘Came in jolly useful during the war, I can tell you,’ chunters the chief constable (Robert Daws). ‘MI5 wanted her, but she decided to take the veil.’

This is the sort of cosy crime drama where a murder victim is described as ‘a spit-spot sort of a girl’ and characters quote Keats and Plutarch. Killers strike at the village fete, and detectives toast crumpets over a Bunsen burner, while our saintly investigator is in the darkroom developing photographs of all the clues.

It’s all terribly jolly, as if Enid Blyton had turned her hand to writing Agatha Christies. Well worth sniffing out.