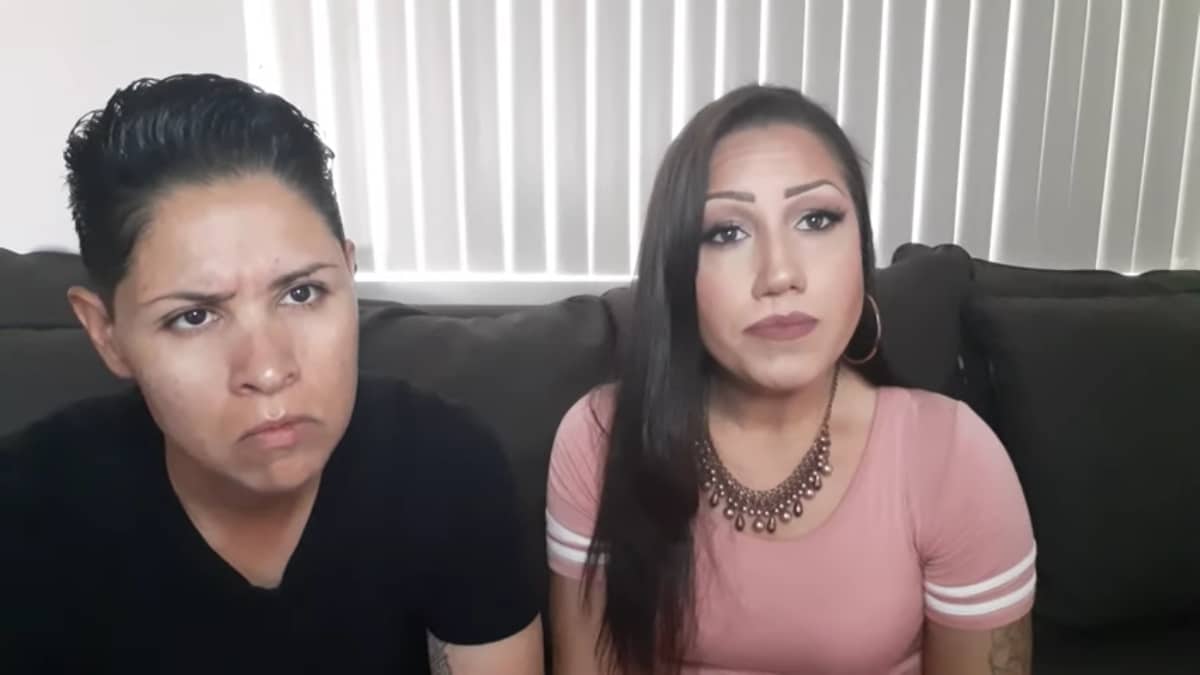 90 Day Fiance: The Other Way viewers met Jenny Slatten’s daughter Christina and her wife Jenn when they surprised her with a visit while in India. Ever since then, the pair have become breakout stars beyond the TLC series as more and more 90 Day Fiance fans find and follow them on social media.

When we watched Sumit admit to The Other Way producers that his big secret is that he is married, jaws dropped. We knew something was up but until watching the words come from Sumit’s mouth, no one knew just how bad his secret really was.

Of all the secrets revealed so far this season on The Other Way or Before the 90 Days (there were several “secrets” between the two), Sumit’s was easily the worst.

Soon after we learned that Sumit is married, speculation began about how much Jenny may or may not have known. Some viewers are convinced that she knew prior to filming The Other Way and was just pretending for the cameras.

The entire time, Jenny has been silent about the heartbreaking news and hasn’t begun to defend herself due to an NDA that keeps her from revealing what happens on the show and beyond. But that didn’t stop her daughter Christina from coming to her mom’s defense.

Soon after the secret was revealed, Monsters & Critics reported on Christina’s defense of her mom. She was seen denying that Jenny knew about Sumit’s marriage in a comment on Instagram, where she is very active.

Unfortunately, that didn’t stop the speculation that Jenny knew about Sumit prior to the show so Christina and Jenn took things one step further.

On Christina’s brand new YouTube channel, she and Jenn sat down to address the rumors once again. In a video titled, “Addressing LIES, RUMORS about my mom Jenny 90dayfiancetheotherway,” they did just that.

In the video, which ran just over 14 minutes, Christina went down a list of things she wanted to address about Jenny and Sumit’s relationship, their stint on 90 Day Fiance: The Other Way and the rumors that have begun to circulate since.

“I’m channeling this toward the people who are causing these problems, spreading these rumors, being really nasty and disgusting,” Christina began, while also thanking their fans for all their support.

The first thing that Christina addressed were claims by someone that they are Jenny’s cousin. She explained that Jenny doesn’t have any cousins and whoever it is that is claiming to be one is not being truthful.

After claiming she wants to meet this “cousin,” Christina also said she wanted to know “why you’re spreading lies about my mom.”

As she was wrapping up the explanation about Jenny’s “cousin,” Christina and Jenn said in tandem, “there is no cousin” and the look on Jenn’s face as she said, ” So whoever this is, needs to stop” will make you want to stop whatever you’re doing. She means business.

The second rumor that Christina and Jenn addressed was the one claiming that Jenny first tried to land a spot on MTV’s Catfish the TV Show in order to gain exposure for her story about her relationship with Sumit. While that might have been interesting when he was really catfishing her, it doesn’t really make sense after she knew who he was.

And Jenny has known the truth for a long time. Christina confirmed that Jenny and Sumit have been talking since 2011. She went to India to meet him in 2013. The whole point of Catfish the TV Show is to figure out who is behind the fake profiles of social media and learn the truth.

As Christina made clear, there was no reason to go on Catfish after she already knew who Sumit is. That doesn’t make any sense.

She goes even further to point out that Jenny Slatten is the type of woman who watches HGTV and programs that uplift. Christina said she was the one who enjoys watching shows like Catfish and her mother could not stand it.

Jenny and Sumit took a break

It’s very likely that Sumit got married while he and Jenny were on a break. Christina explained that, after returning from India, Jenny and Sumit actually broke up for a while and during that time, they did not speak.

Obviously it didn’t last, as they did end up getting back together but it was also after Jenny met Sumit’s parents and stayed in their home.

And while Christina vouched for Sumit’s parents, claiming they were very welcoming to Jenny and that they treated her with kindness and respect while she was in India, they did not approve of Sumit and Jenny’s relationship.

It wouldn’t be too shocking if they instigated an arranged marriage while Jenny and Sumit were on break, thinking that they had taken care of the problem.

“Who knows what happened in that time that they were not talking,” Christina said.

As Christina continued to rant, she got more and more upset. Thinking about all the hate that her mom has been getting and all the rumors that have been circulating about Jenny and Sumit have to be difficult. She did tell those watching that if they have questions about what’s going on, to come to her and she would answer as much as she can.

Be sure to check out the entire video because there’s quite a bit of information in it. Not to mention that Christina and Jenn are quickly becoming fan favorites in their own right and are just fun to watch. And keep an eye on Jenn’s facial expressions. She’s certainly not someone you’d want to cross.