Chris Brown and son Aeko are spending quality time together in London as a source EXCLUSIVELY reveals how the R&B star and Aeko’s mom, Ammika Harris, are ‘in a really good place.’

Chris Brown, 32, is spending “bonding time” with his son, Aeko, 1, while in London, also reportedly in a “really good place” with ex and mom to Aeko, Ammika Harris, 28. “Even though [Chris and Ammika] are not together as a couple, they have learned to co-parent very well while Ammika lives in Germany with Aeko,” a source EXCLUSIVELY revealed to HollywoodLife, sharing the details of Chris’ traveling overseas to see his 1-year-old.

“Chris is actually spending time with his son right now because he’s been traveling outside the country. Chris performed in London this week while opening for Wiz [Khalifa] so he thought it was the perfect opportunity to reunite,” the insider shared.

A post shared by A FAN OF CBREEZY (Fanpage) 💜👽 (@thechrisbrown.jpg)

In a recent Instagram story Chris posted, the pair looked adorable together as they played around with filters on the app, smiling and laughing and enjoying father-son time. As the source shared with HL, Ammika and Aeko traveled to London from Germany to see Chris so he could spend time with his son.

“It was so important to Chris to [spend] bonding time with his son since he just had a birthday last month and now the holiday season is upon us,” they stated. “Chris is having the time of his life in London with Aeko. He can’t believe how much he looks like him. [He] feels so lucky to have an amazing baby boy like him.” 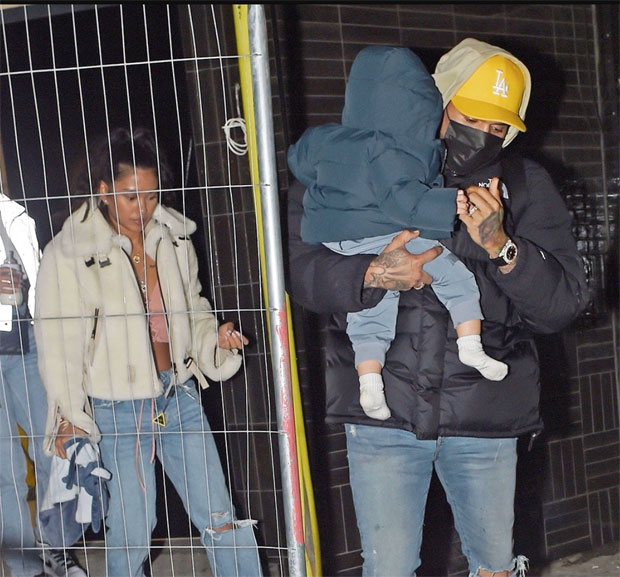 Chris and Ammika have been linked as far back as 2015 and Ammika welcomed their baby boy in Nov. 2019. Although they’ve had a rocky, on-again, off-again relationship, they’ve been able to successfully co-parent son Aeko in a favorable way. Just last month, Chris went on a beautiful Greece vacation with Aeko plus his other child, Royalty, 7, whom he shares with Nia Guzman, 38.

“Chris had an absolute blast in Greece with Royalty and Aeko,” a source shared with HL at the time. “Chris knew he wanted to spend some time with both kids this summer, so he made arrangements with Ammika and Nia to take them on this trip to Mykonos. He’s been to Greece before, but never to Mykonos so he wanted it to be special.”