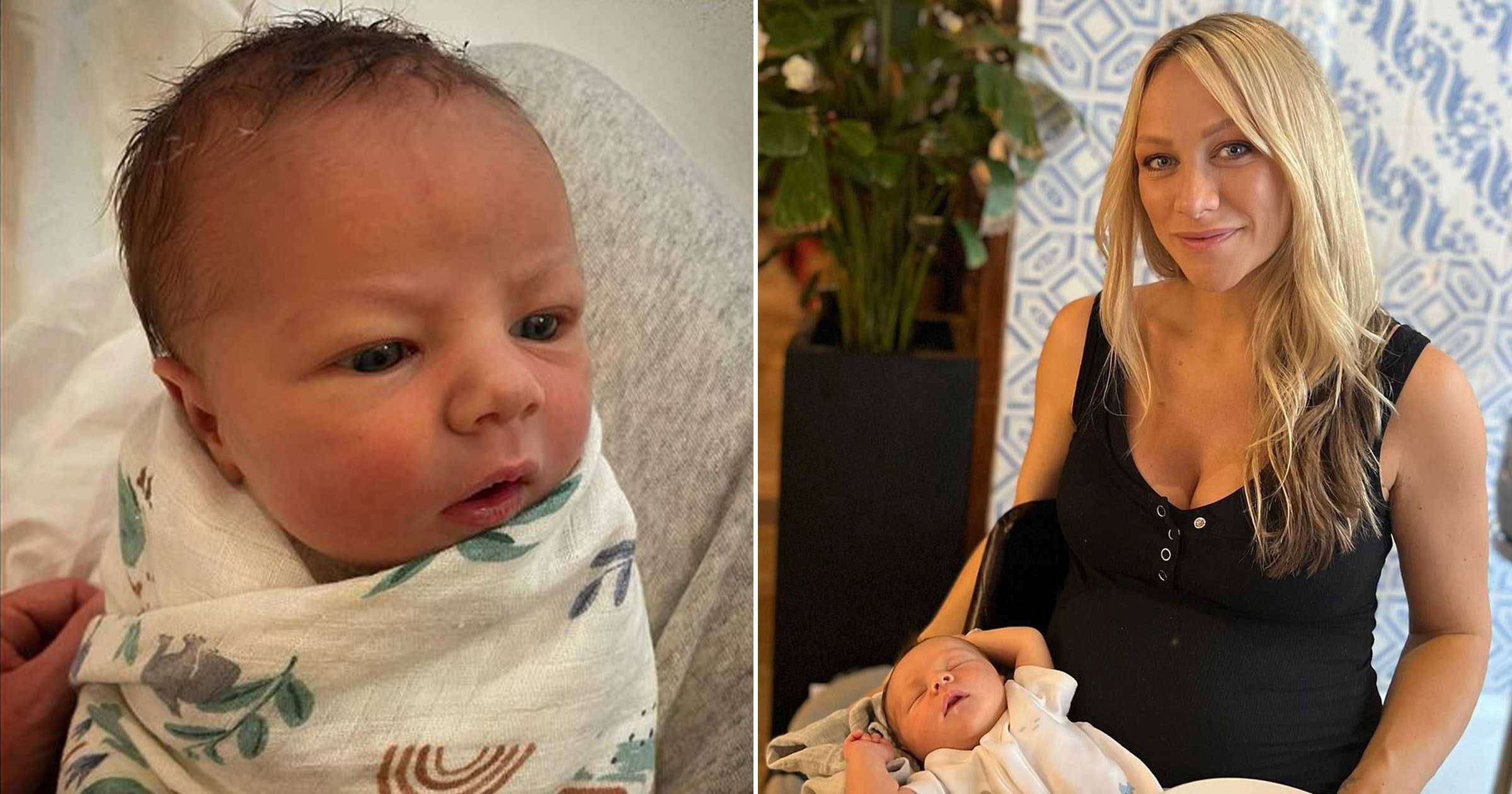 Chloe Madeley has marked a new milestone in her new journey as a mother, after taking her first step out with her baby daughter.

The fitness trainer welcomed her first child with husband James Haskell earlier in August, after two years of fertility struggles.

Last week, the couple announced they had named their daughter Bodhi Rae Georgia while also sharing the first set of photos of the adorable newborn.

Now that she’s settling into life as a new mum, Chloe – who is daughter of TV presenters Richard Madeley and Judy Finnigan – revealed that she had a C-section but has made a big step in her recovery by making her first public outing with her baby girl.

Alongside a photo of her cradling a sleeping Bodhi at a restaurant, the 35-year-old wrote: ‘6 days PP, a very impromptu meal (I say “meal”, really just a LOT of Iberico ham and a very large glass of rose 💁🏼‍♀️) with a brand new sleeping piglet on my lap 😍

‘Obviously you can’t really do much in the days / weeks following a c-section, add to that, recovery from any form of childbirth and or major surgery is KEY, so this 45minute meal felt like a REALLY big deal 😂’

Chloe explained that the ‘scariest bit’ was visiting a restaurant with a newborn but that it was a much-needed step towards her ‘regaining some independence and maintaining my mental health’.

The post continued: ‘And after a little trepidation, it was, obviously, absolutely fiiiine. Baby slept, I ate, and everyone left happy 😂

‘I suppose I’m writing this because I’ve always been a big fan of baby steps, it’s something I repeat to new clients on a weekly basis, but now it’s something I’m repeating to myself.’

She concluded: ‘Whatever the end goal, baby steps. One thing at a time. No pressure, no problem. Self care, self love, and above all, PATIENCE 🤍

‘Clients, i will be citing this post to you in a few weeks time 😂 and, I miss you all.’

Chloe and former I’m A Celebrity… Get Me Out of Here star James, who married in 2018, had previously revealed Bodhi was born on August 10 and said they had ‘never been happier’.