Bill Gates and Melinda Gates are making changes to their work relationship moving forward. The couple — who announced their split in May after 27 years of marriage — has long been known for their philanthropic efforts. Bill founded the William H. Gates Foundation in 1994 with the goal of funding health research and investing in charitable organizations throughout the world. It was renamed the Bill & Melinda Gates Foundation in 2000 after the existing foundation merged with the Gates Learning Foundation.

When Bill and Melinda announced their divorce, the public wondered what would happen to their namesake foundation, given the amount of money both had invested in it. To date, the Gates family has donated $50 billion to charitable causes, per USA Today. The soon-to-be exes have stated in their divorce statement that they “share a belief in [the foundation’s] … mission and will continue our work together at the foundation.” However, it seems like their split is not as amicable as they want the public to believe, given figures like Warren Buffett are distancing themselves … and a new statement suggests that Bill could oust Melinda from their organization.

Keep on reading about how that could happen.

There's a change in Bill and Melinda's working agreement 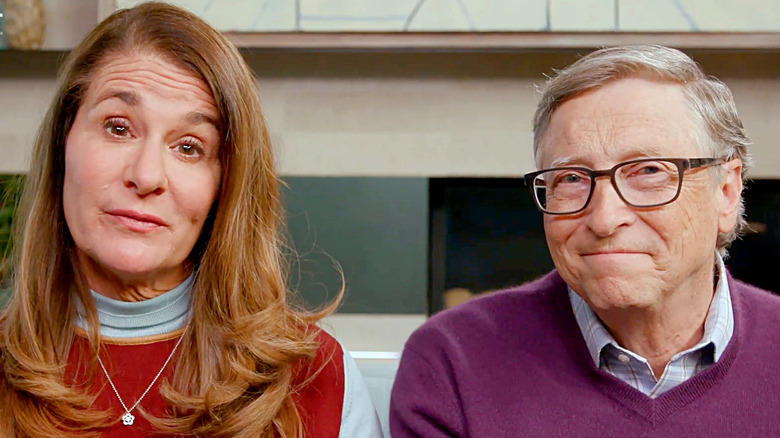 In a note titled “Moving forward,” released publicly and shared to employees of the Bill & Melinda Gates Foundation, CEO Mark Suzman revealed that Bill and Melinda Gates have reached an agreement on their future working relationship, which will see the latter step down from her position after two years, if she or Bill decides they cannot continue to work together professionally.

“They have repeatedly made clear their joint commitment and expectation to remain long-term partners and co-chairs,” Suzman wrote. “However, as an additional step, they have agreed that if after two years either one of them decides that they cannot continue to work together, Melinda will resign as co-chair and trustee.” Suzman explained that if Melinda stepped down from her position, she would receive “personal resources from Bill for her philanthropic work,” and they would be “separate from the foundation’s endowment.” Suzman concluded that, despite the circumstances, Bill and Melinda “are excited and optimistic about the foundation’s future.”

Melinda also expressed the same sentiment in a separate statement, writing, “I believe deeply in the foundation’s mission and remain fully committed as co-chair to its work,” whereas Bill’s statement reiterated the foundation’s goals. Only time will tell if Bill is going to oust Melinda from their foundation, or if they can make it work. But their impending divorce will surely generate more headlines in the upcoming months.