Britney Spears will be taking an ‘indefinite hiatus’ from work and putting her Las Vegas residency on hold, the star announced on Friday.

The 37-year-old made the announcement in a press release as well as a social media post explaining that her choice to put the brakes on her career was to care for her ailing father Jamie Spears after his ‘colon spontaneously ruptured’.

Her Britney: Domination residency launch at Park Theater would be placed on hold ‘until further notice,’ the release read. 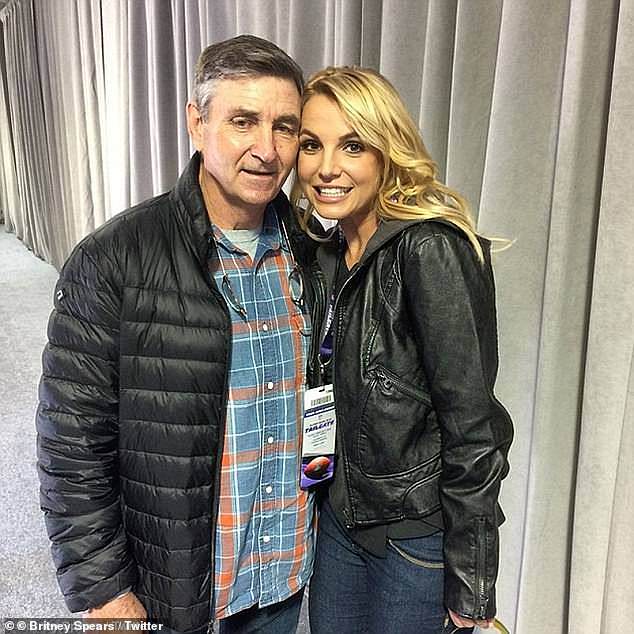 Time off: Britney Spears is taking a break from work to care for her ailing father as recovers from spending a month in the hospital after his colon ‘spontaneously ruptured’

‘I don’t even know where to start with this, because this is so tough for me to say,’ Britney wrote on Instagram.

‘I will not be performing my new show Domination. I’ve been looking forward to this show and seeing all of you this year, so doing this breaks my heart,’ she continued.

The post was accompanied by an old image of a young Britney after a dance recital with her father and mother who have since divorced.

‘However, it’s important to always put your family first… and that’s the decision I had to make. A couple of months ago, my father was hospitalized and almost died,’ the star revealed to fans in the post.

Daddy’s girl: Britney said on social media that while it was a ‘difficult decision’ she is sticking by her father

She added that she was ‘so grateful’ that her father survived the ailment, ‘but he still has a long road ahead of him.’

A press release provided some more information about the 66-year-old’s condition.

‘Two months ago, Mr. Jamie Spears became seriously ill and was rushed to Sunrise Hospital in Las Vegas. His colon spontaneously ruptured and he was immediately admitted into surgery,’ the release said. 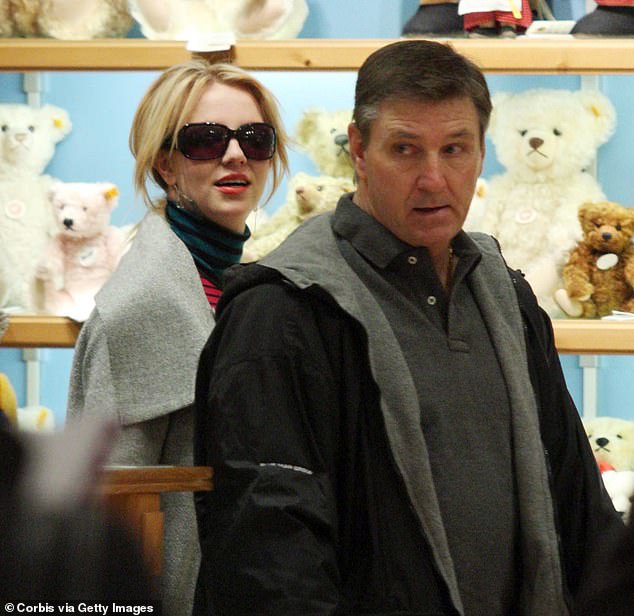 ‘However, it’s important to always put your family first… and that’s the decision I had to make. A couple of months ago, my father was hospitalized and almost died,’ Britney explained on social media

Britney’s father spent nearly a full month in the hospital and is ‘recuperating at home and gaining strength, and is expected to make a full recovery.’

The Hit Me Baby One More Time hitmaker explained on social media that she made a ‘difficult decision to put my full focus and energy on my family at this time.’

The star apologized to fans and asked for their understanding. She also provided information about ticket refunds, which will be issued in full.

‘I am dedicating my focus and energy to care for my family,’ Britney said through a representative. ‘We have a very special relationship and I want to be with my family at this time just like they have always been there for me.’ 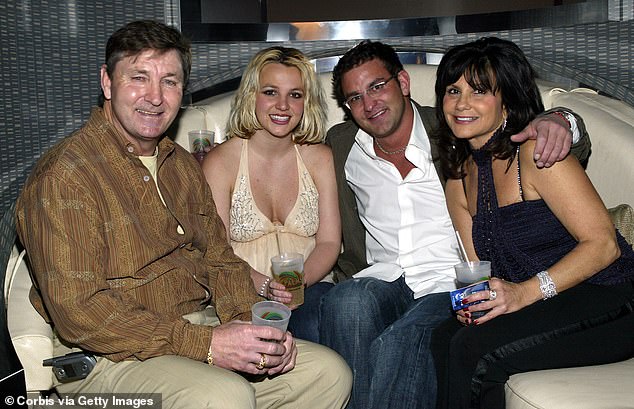 Family: Britney and her father (left) have always had a close bond as he was named her conservator, managing her money and life following her erratic behavior over a decade ago. The pair are seen here with brother Bryan and mom Lynne

Britney’s father Jamie has been in control of her money and assets since she was placed under a conservatorship in 2008.

Prior to a judge stepping in, Britney’s behavior had become erratic for several years. In 2006, paparazzi photos surfaced showing the pop star driving with her young son on her lap.

A year later she checked herself out of a rehab facility after just one day and then infamously shaved her head at a Los Angeles salon. Britney later re-entered treatment.

In 2008, Spears was hospitalized and placed on a 5150 hold after she refused to release her two sons to their father, ex Kevin Federline. 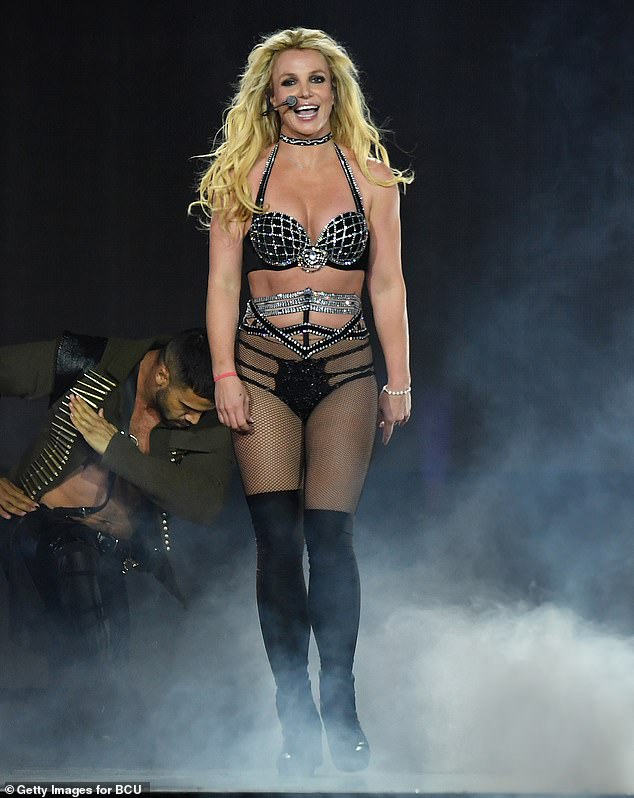 On hold: Brit’s new Las Vegas residency was expected to open in February and would have made her the highest paid star on the strip

That same year the Toxic singer was placed under the conservatorship which is still in effect today.

Britney’s now-canceled residency at The Park in Las Vegas had previously marked a major milestone in her career.

The star was slated to make a little over a half-million dollars per show – a record in the industry. It was slated to launch in February.

The Grammy winner was also reportedly working on her 10th studio album.