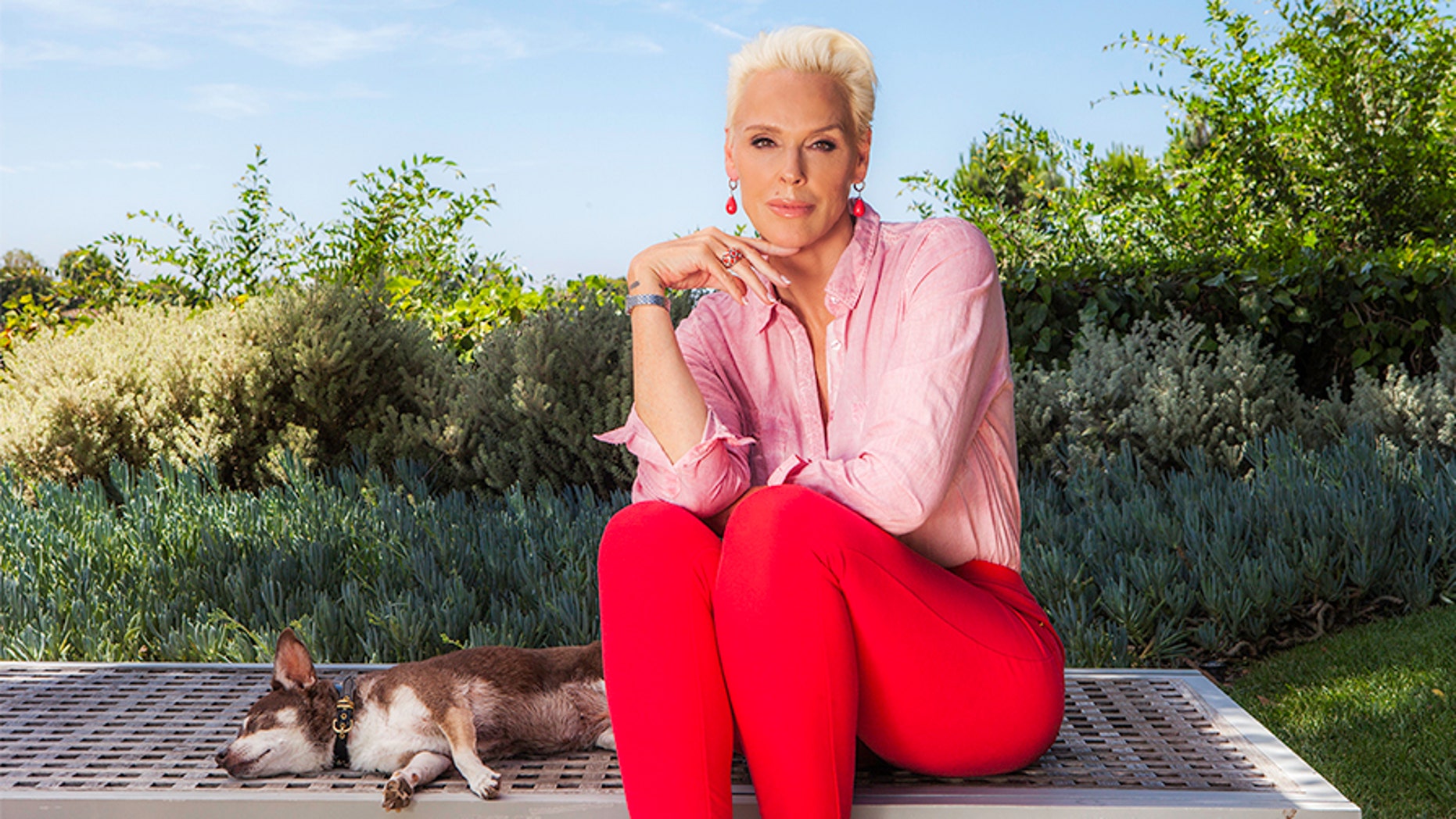 Brigitte Nielsen is calling it a comeback.
(Valentina Socci)

The Amazon is ready for her close-up again.

Brigitte Nielsen, the statuesque Danish model now appearing in her ex-husband Sylvester Stallone's latest film “Creed II," became a mom for the fifth time this year at age 54 — and somehow she managed to keep her nearly eighth-month pregnancy under wraps as she suited up as ruthless bad girl Ludmilla Drago.

Nielsen spoke with Fox News about becoming a mother again, why she chose to hide her growing baby bump, as well as her early memories in Hollywood.

Fox News: How does it feel to become a mom again and star in ‘Creed II’ all within the same year?
Brigitte Nielsen: It all feels amazing. Like I’ve been telling people, 2018 is a new beginning for my private life. I have a gorgeous, healthy daughter. And I’m back. It was a small role because obviously, I was pregnant, so I couldn’t be shooting that much. But I’m in a great franchise, like ‘Creed II.’ And it’s wonderful to be playing Ludmilla. Who would have thought 30 years later Ludmilla would be back after "Rocky IV"? It felt so great to be back with Dolph [Lundgren].

Fox News: Is it true you were seven months pregnant while filming?
Nielsen: That is so true. That’s why it became the small role that it was. I was actually going into my eighth month, so it’s incredible we were able to pull it off. But we’re very happy with the outcome.

Fox News: How did you manage to hide your pregnancy?
Nielsen: I was hiding it because it was a high-risk pregnancy. So I wasn’t willing to tell anyone until I knew that no matter what happens, we were going to be OK. I didn’t even let the public know. I chose to do that until I was at least 27 weeks. … Prior to that, you just never know.

But you also have to remember, I’m six feet. Almost 6’1”. So a bump on me looks much less on me than a lady who’s 5’2” for example. So even when we were shooting, and I was wearing my first outfit, which was an ivory suit, no one could tell. Obviously, with the evening gown, it was trickier. But we had the right angles. And in black, you can get away with a lot of things. Us women, we know that. Wear black if there’s something you want to hide.

We managed to work it out. I was more concerned about how it would feel. We did have to fly out to Philadelphia twice. So being pregnant, I was concerned. But everything was great. It was incredibly emotional for me. Just to see half of the cast from ’85 was just beautiful.

Fox News: How did the cast respond to your pregnancy?
Nielsen: Well, they didn’t really receive the news. They just noticed. Dolph really noticed, but he just said congratulations in his trailer. But it was not really there to talk about. We are professionals in these big scenes with a lot of extras. So of course, those who noticed were very happy for me, but it was just about the work. We were not discussing private things. But Dolph was so happy for me.

Fox News: How was it working with Sylvester Stallone again?
Nielsen: It was perfectly fine. He’s a professional, I’m a professional. We kept it that way. And as you know, he’s the head of the American corner and I’m staying in my Russian corner. So it was perfect *laughs*.

Fox News: What was going through your mind when you first appeared on set?
Nielsen: It almost brought tears to my eyes. When I first walked in, I was going to have a word with Steven [Caple Jr.], our director. And we were dealing with 3-4,000 extras on the set. And of course Stallone was there, Dolph was there. So when I walked in, to my shock and amazement, 3,000 people stood up and cheered. It was such an overpowering moment. It was almost intimidating, but of course, incredibly joyful. It was beautiful… Just knowing I had little Frida in my tummy and yet I was here filming? I felt these big, powerful emotions. There are some moments that I would love to live again in the years to come.

Fox News: You kicked off your Hollywood career in 1984. What are some of your favorite memories that still stick out?
Nielsen: Oh my goodness, so many *laughs*. First of all, I had just had my first son. I was still breastfeeding when I got a phone call and learned Dino De Laurentiis had seen one of my magazine covers and wanted to cast me in 'Red Sonja.' I said, Well, I’m not an actress. I’ve never done this.' I was just told, ‘Fly in anyway. Somebody’s got to get the role.’

So I flew in. And to be honest, I don’t know what they saw in me, but they obviously saw something *laughs*. I was so emotional when I was told, ‘Here’s the contract, here’s the script.’ I remember saying, ‘I have to call my dad.’ That was my answer *laughs*. I was so green, I said I had to get the OK from my dad first. And that’s what I did. I took a leap of faith. 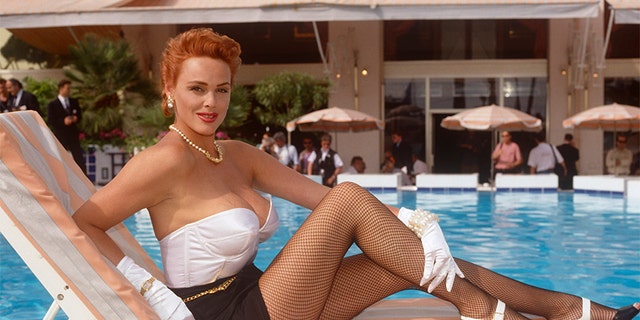 I had a great time with Arnold Schwarzenegger. I remember I was told, ‘You’re going to be working alongside Arnold Schwarzenegger.’ I had no idea who he was. Dino was like, ‘The guy with the big muscles!’ I don’t like big muscles, so I was just like, ‘I don’t know who you’re talking about.’ But then I got to meet him and we had an amazing time. Acting just became my passion. And it has been ever since. Now, 35 years later, I’m ready to take that leap again.

Fox News: The film industry has been shaken by the #MeToo and Time’s Up movements. Do you think it has gotten better for women?
Nielsen: Oh, I definitely think it was needed. Maybe because I’m European, but we just have to be careful how we tackle things. The #MeToo movement does stand for women that really, really need it. Cases that need to be heard with people involved that need to be punished. I feel at times that if we want equal rights, and we want to be heard and respected, we also have to wear the pants at the same time. You have to be careful.

A woman who accepts a meeting at 11 o’clock in the evening at a hotel? I don’t think she’s going to find a movie deal… You cannot do that because men don’t always think with the right part of the brain. You cannot get dressed up and go there because that’s not where you sign movie deals. However, there is a lot of men doing the wrong thing and I’m glad women are standing together. I’m glad we’re getting our word out there and becoming stronger, absolutely. But it just has to be done the right way. 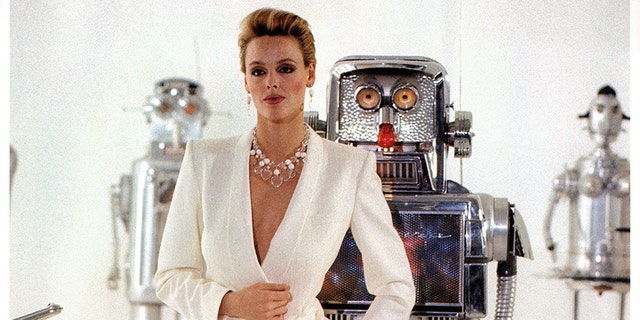 Brigitte Nielsen standing in front of robots in a scene from the film "Cobra," 1986. — Getty

Fox News: How was it when you first started?
Nielsen: I started modeling in Italy when I was 16 and a half. I recall very much being a model and men on the street would whistle or go, ‘Wow, you’re beautiful.’ ‘You look amazing.’ ‘Nice body.’ I just remember feeling flattered. I never felt it was an insult. And I would still like that today. I’m 55. When someone says, ‘Wow, you look amazing. ‘You’re beautiful.’ ‘You’re sexy’ — I actually appreciate that. I find it hard to believe that some women would feel that’s sexual misconduct. I think it’s unfortunate. I mean, of course, leave it only as a compliment. Don’t overstep that boundary. But personally, I never felt offended by that.

And honestly, when men maybe took the better half of the coin, I have always been the one that said, ‘Don’t even go there.’ I have been able to stand up and speak for myself. I think as women, that’s what we have to teach each other. We have to stand our ground. We have to be able to say, ‘Don’t do it.’ But don’t invite yourself into situations that you can’t handle, that’s going to get ugly. Listen to what your gut tells you. And don’t be afraid to speak up. Don’t be afraid to say, ‘Don’t do that. I don’t want to be a part of that.’

Fox News: What has kept you motivated to pursue acting?
Nielsen: That’s how I started. I have always been a big fan of Marvel. I started with ‘Red Sonja’ in 1984. … I’ve always wanted to continue my acting, but I spent many years out of it because I had four boys. They’re now grown-up now. But I did have a family to take care of, so I spent a lot of time in Europe. So when I was asked to appear in ‘Creed II,’ I just felt that this is time for my comeback. 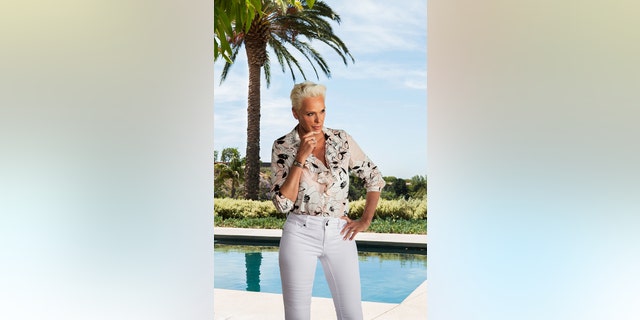 My 2018 has consisted of me moving back to Los Angeles and looking for a new agent. I want to be a part of the business again. America, as we all know, is the place to go for it. And even with my age, there are some great characters out there. I would love to be a villain in a James Bond film. I see myself being the head of the bad guys. And anything that has to do with Marvel, I see myself doing that.

There is excitement. I have a lot of meetings with people happening. But the most important thing is that I’m healthy. My private life is beautiful. My daughter is incredible. My sons over in Europe are fabulous. And I’m just excited about the business. I’m healthy and happy. I’m realistic, but I’m not afraid to approach my dreams. You just can’t give up. That’s the corner I’m in.

Fox News: What advice would you have given to your younger self about Hollywood?
Nielsen: Don’t be afraid to take chances. Follow your dreams, but also be realistic. Not everyone is going to make it in Hollywood. Have family and friends who can support you. And have a plan B. I have found with a lot of women, and even some men too, they come out here and don’t get the dream job. So they become so disappointed by Hollywood that it doesn’t go well. I think when you come here, don’t expect to win the lottery just because you’re in Hollywood… There’s a lot of young people trying to make it here, but not everyone is going to land the job of their dreams. 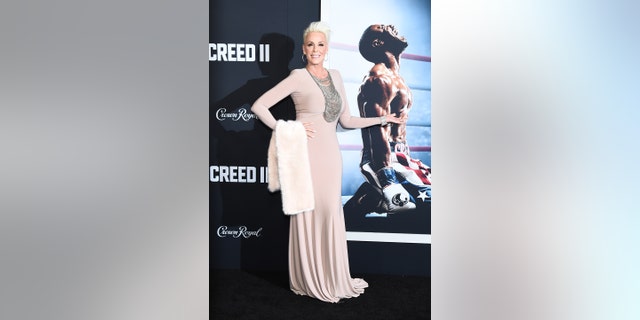 “Creed II” is currently in theaters.