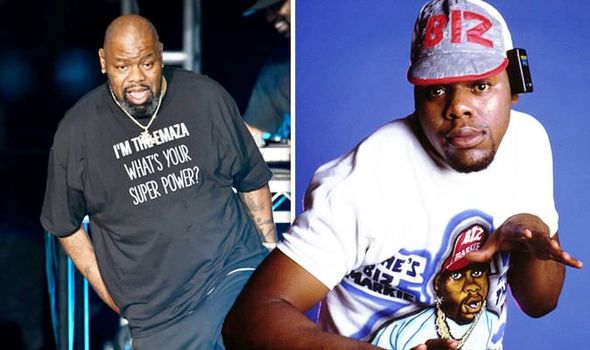 Biz Markie died at Baltimore hospital on Friday night from complications of diabetes, according to reports. His wife Tara Hall is said to have held his hand in his final moments with his family supported by nursing staff.

Real name Marcel Theo Hall, Markie was hospitalised in April 2020 due to type two diabetes, according to TMZ.

Jenni Izumi, a representative for the late rapper, reacted to news of his death in a statement.

“It is with profound sadness that we announce, this evening, with his wife Tara by his side, hip hop pioneer Biz Markie peacefully passed away,” she wrote.

“We are grateful for the many calls and prayers of support that we have received during this difficult time.

“Biz created a legacy of artistry that will forever be celebrated by his industry peers and his beloved fans whose lives he was able to touch through music, spanning over 35 years.”

“He leaves behind a wife, many family members and close friends who will miss his vibrant personality, constant jokes and frequent banter,” she concluded.

Tributes have been pouring in for the late rapper following the news of his death.

Legendary rapper Q Tip penned: “This one hurts baad … RIP to my Aries bro… ahhh man @BizMarkie damn I’m gonna miss u so so many memories.. hurts bad. My FRIEND.”

Kerry Washington remembered being “in awe” when she would get to see the rapper DJing a set.

She wrote: “When I was a teenager we used to sneak out on Monday night to hit the hottest party in NYC. Soul Kitchen taught how to let music live in my body. Whenever we saw Biz on the 1s & 2s we were in awe. He was a genius. Rest in Peace and Soul @BizMarkie.” [sic]

Flea, the bassist for the Red Hot Chili Peppers, said he would be listening to Markie’s music “til the day I die.”

“All of my love to the one of a kind bringer of love and joy, the great Biz Markie. I will bang his records til the day I die and my heart will rejoice. I love you Biz,” he tweeted.

Biz Markie was born in Harlem, New York on April 8, 1964 and was raised in Long Island.

He began his career in New York nightclubs and became well known after performing at universities in Washington DC.

Markie first rose to prominence in 1989 with the release of Just A Friend, which featured a prominent melody interpolated from Freddie Scott’s You Got What I Need.

The song peaked in the top 10 on the Billboard Hot 100 singles chart, and its humorous video, which included a section with him dressed as Mozart in a powdered wig at a piano, helped it become a lasting track.

As well as rapping Markie was also a music producer, DJ, actor, comedian, and writer.

In 2002 he appeared opposite Will Smith and Tommy Lee Jones in Men in Black II and in 2016 he appeared in the Fox TV series Empire as himself.

He also voiced Kenny The Cat in the cartoon series Spongebob Squarepants.

Markie was affectionately known in the industry as the “clown prince of hip-hop.”